25 Demolition Derbies Coming Up This Fall 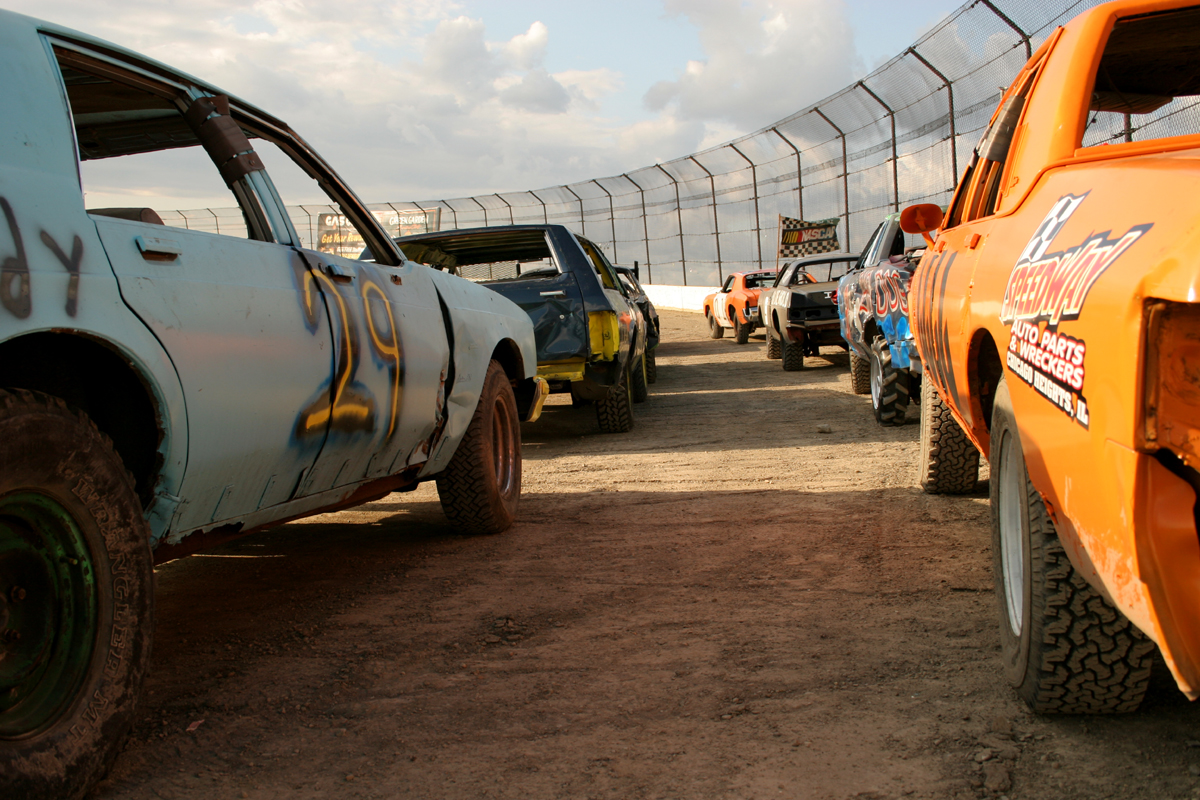 Demolition derby drivers understand that what they do isn’t a hobby. It’s a way of life.

With the season coming to an end in all but the warmest states, we here at Independent Motors (an auto repair shop in Boulder, Colorado) thought we would help the ladies and gentlemen who live to smash each other every weekend and point out where the best fall demo derbies were going to be.

Below are 25 demolition derbies all around the US where drivers can still register; all the events will take place in October or November. We tried to post the guaranteed purse amounts where we could, and every derby below has contact info for the organizers — even if it’s just a cell phone number — so that you faithful drivers can get in one more good derby before winter.

Fall Brawl: October 4 in Oregon, IL
The Ogle County Fairgrounds will host the annual Fall Brawl demolition derby. There will be various purses for the different car classes. Drivers can get more information at WeCrash.

Johnson County Fairgrounds Demolition Derby: November 1 in Franklin, IN
As long as 20 cars enter, there will be a first prize of $1,000. Rouse Promotions is putting on this event and this will be the final points night for their series. Drivers can reach out to them for more rules.

Bartholomew County Fairground Championship Night: October 25 in Columbus, IN
The same prize rules apply as the above derby. This is a Rouse Promotions event, so drivers can reach out to them for more information.

81 Speedway Derby: October 4 in Park City, KS
81 Speedway’s next demolition derby will be held the first weekend in October. The event is for hornets, and drivers can find the raceway’s rules for hornets here.

Blizzard Bash: November 14–16 in Topeka, KS
One of the biggest Ultimate Derby events on the schedule is Blizzard Bash, at the Kansas Expocentre. There will be a number of derbies for the various classes, so drivers should go here for more information. 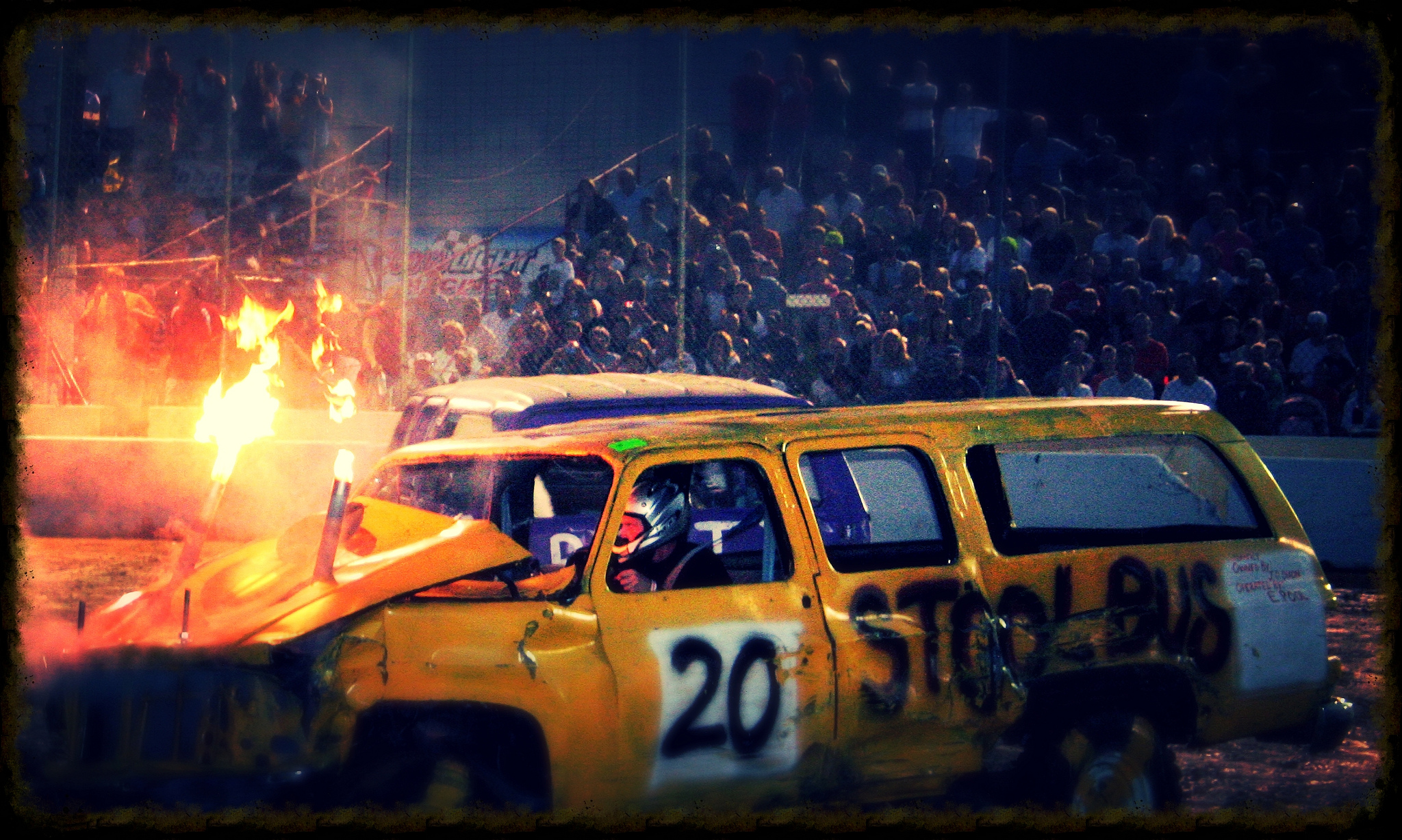 Apple Festival Demolition Derby: October 4 in Versailles, MO
The demolition derby will be part of the 35th annual Olde Tyme Apple Festival. The derby itself will be put on by J and B Promotions, and drivers can reach out to them for rules and further details.

October Bash: October 11 in Washington, MO
There is an $8,000 purse for this derby at the Washington Fairgrounds. First place in the modified class takes home $1,500. For drivers, have a look at the rules and entrance fees as posted on WeCrash. Promoter contact information can also be found there.

Graveyard Smash: October 18 in Fulton, MO
Timbrook Motorsports is putting on this derby at the Callaway County Fairgrounds. More information about the purse and the rules for drivers can be found at The Fulton Jaycess website.

Fall Clean-Up Show: October 11 in Washington Court House, OH
Smash It Derby is promoting this event, which has a $10,000 purse. For drivers, there are more rules and details available at WeCrash and on the Smash It website.

Halloween Havoc: October 4  in Ogden, UT
Stirrin’ Dirt Racing is putting on a huge derby, on the first weekend in October, at the Golden Spike Event Center Lorinn Farr Park Arena (venue changed because the event has gotten so big). The total purse is $18,000, and the derby is a fundraiser for Breast Cancer Awareness. Drivers can find more information on the Stirrin’ Dirt website.

Obsession with Destruction: October 18 in Boscobal, WI
The run-up to this derby is already building some momentum — you can even pick up shirts for the event on Derbytees.com. Information for drivers can be found on the WeCrash forum’s initial post for the event. 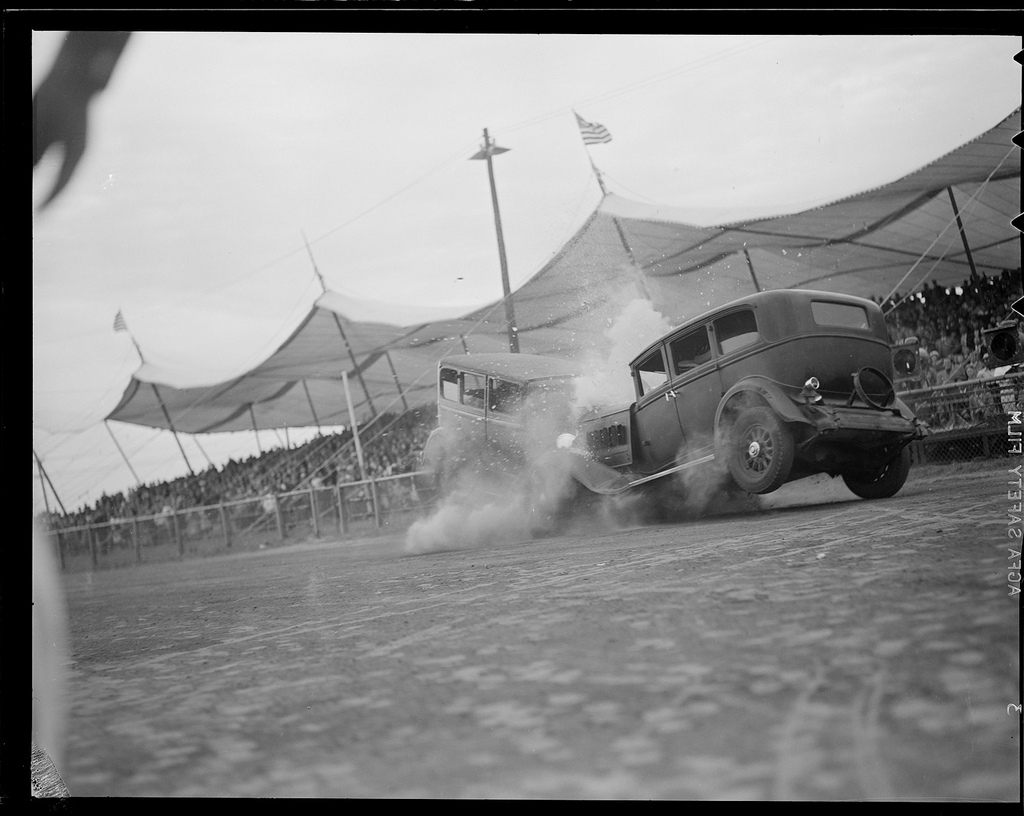 Ozark Demolition Derby: October 4 in Springdale, AR
First place in this derby takes home $10,000! This event is part of the popular Rodeo of the Ozarks. Drivers can find rules and information here.

Crittenden County Fall Brawl: October 18 in Crittenden County, KY
Organizers have said there is a guaranteed payout of $5,600 for this derby. Drivers can find rules and organizers’ contact information at WeCrash.

Columbus Fair Demolition Derby: October 25 in Columbus, MS
This year’s Columbus Fair promises to have one of the biggest midways in the event’s history. Payout for first place is set at $1,500. Ultimate Fair will be organizing the fair. Drivers can find rules and contact information at WeCrash.

Fox 8 Demolition Derby: October 3, 4, 9 and 10 in Winston-Salem, NC
As part of the Dixie Classic Fair, there will be a multi-weekend demolition derby hosted by JM Productions, Inc. Drivers can find rules and information on the promoter’s website and through the fair’s website.

Ultimate Destruction Demolition Derby: September 27 and October 4 in Shelby, NC
The Cleveland County Fairgrounds will once again host the Ultimate Destruction derby, which is spread out across two weekends. There is a guaranteed $1,000 for the winner in the Old Iron class. Drivers can find more information on the event’s homepage and on Facebook.

Columbus County Fair Demolition Derby: October 17 and 18 in Whiteville, NC
The Columbus County Fair will host its two-day derby event the third weekend in October. Drivers can find all the official rules and contact information for the organizers here.

North Carolina State Fair: October 24–26 in Raleigh, NC
The NC state fair hosts one of the biggest demolition derby events in the state. Drivers can find all the official rules on the promoter’s website, JMProductionsINC.com. 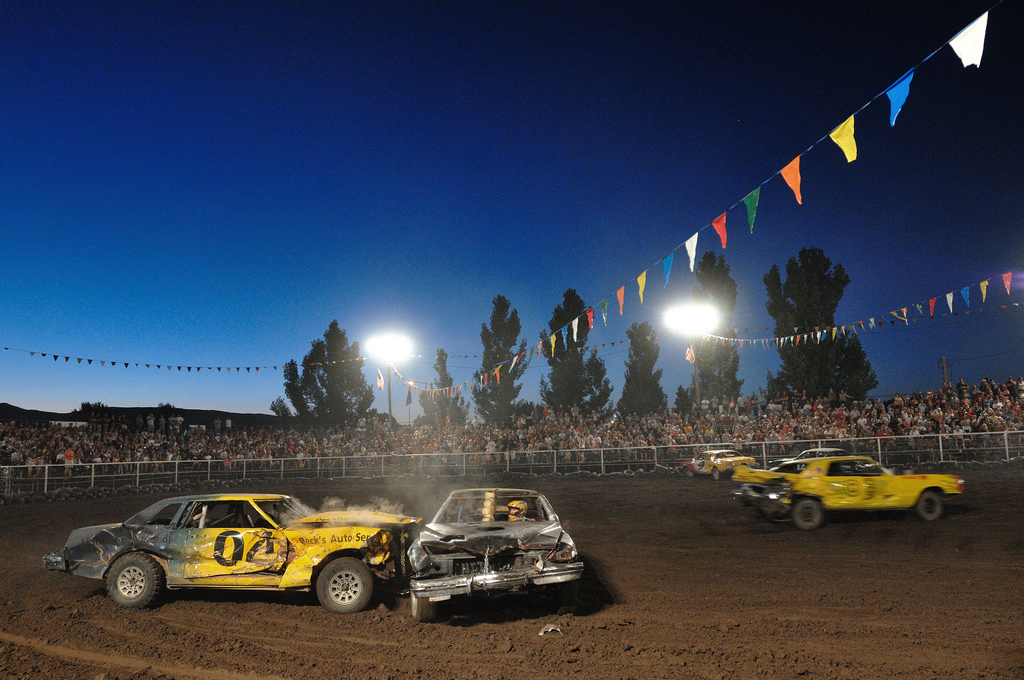 8th Annual Fall Bash: October 11 in Hookstown, PA
Next Generation Motor Sports wraps up the demolition derby season in Pennsylvania with the Fall Bash. The payout for first place in the pro class is guaranteed at $2,000. Drivers can find official rules and contact information for the organizers here.

Toms Brook Volunteer Fire Department Demolition Derby: October 11 in Woodstock, VA
The Toms Brooks Volunteer Fire Department is hosting its first-ever demolition derby the second weekend of October at the Shenandoah County Fairgrounds. The first prize for the winner in the full-size class is guaranteed to be $3,000. Drivers can find rules and contact info at WeCrash.

PrevPreviousWhat Do Americans Drive? The Answer Might Surprise You
Next60 People on Twitter Who Will Turn Anyone Into a Racing FanNext