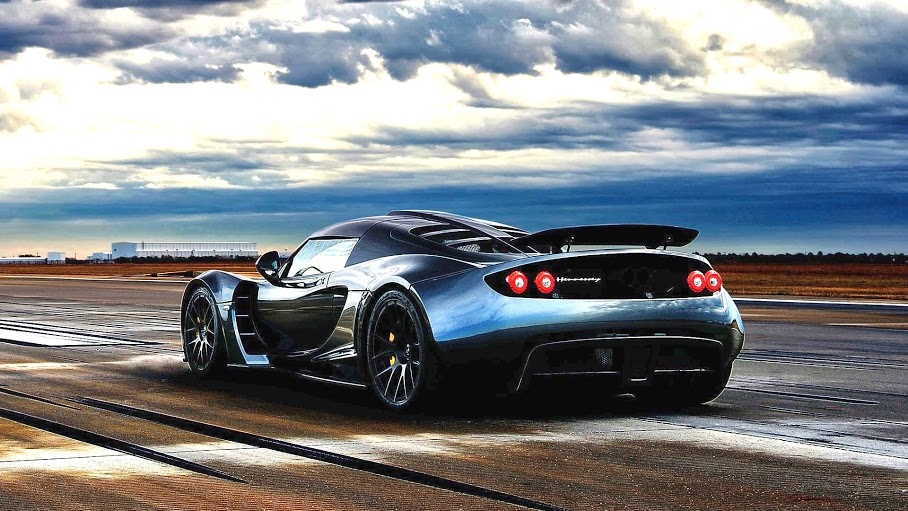 Google+ often gets overlooked as a social medium , which is a little unfair because it offers a few features that you can’t find on, say, Facebook or Twitter. For photographers, especially, it is one of the best networks out there: You can do some pretty nice photo retouching right on the site, and you can post animated .GIF images, as well (EXOST’s page, listed below, is a good example of this).

And perhaps the best thing about Google+? No ads. In fact, it’s much easier to filter out the stuff you don’t want to see on Google+.

As far as the things you want to see, we want to help out with that. We have dug out the best news pages, the best feeds for automotive photography and the best communities to join. Below are 40 Google+ profile pages and community pages worth following if you are a fan of anything automotive.

Top Gear: 3.5 million followers
This BBC institution produces some of the world’s best automotive journalism. As a bonus, The Stig has his own Google+ profile, too.

The Car Connection: 81,800 followers
The Car Connection’s main site is celebrating 17 years online this year. That is a staggering number of car reviews and news. Editors here do a good job of keeping the Google+ feed updated regularly.

AOL’s Autoblog: 59,400 followers
One of the biggest professional car blogs on the Internet, Autoblog has near-daily posts for its Google+ page that cover all aspects of the auto industry.

Google Self-Driving Car Project: 12,500 followers
Despite the FBI’s worry that this car could be used as a “lethal weapon,” (no, really), it’s worth following Google’s progress in the development of its self-driving car. This is the official outlet for news and updates.

TopSpeed: 4,500 followers
You will find automotive news and reports from car shows worldwide at TopSpeed, which is nice … but then you will also get photos of cars like this or this if you stick around long enough.

Be Car Chic: 103 followers
We have spotlighted Be Car Chic and its editor, Washington Automotive Press Association President Melanie Batenchuk, before because her blog is such a great news source. The blog’s Google+ page only recently relaunched, so this one to keep your eye on. 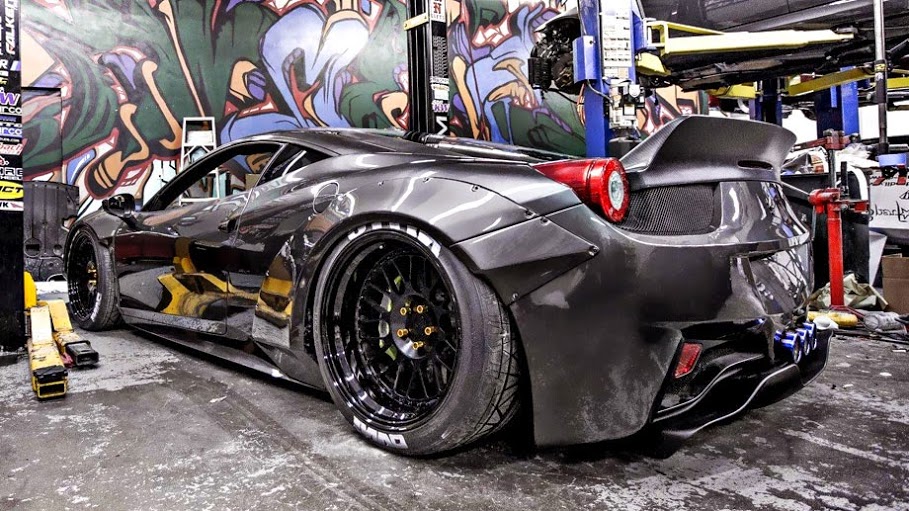 CARiD.com: 68,400 followers
CARiD.com is an online parts retailer, but its Google+ page is almost solely dedicated to killer photos of good-looking vehicles. Live vicariously through the page, even if you’re not in the market for auto parts at the moment.

Rally Ways: 65,100 followers
Rally Ways is a blog and car enthusiast community based out of South California, and its Google+ page is significantly more active than its Facebook feed, with 50x the number of subscribers.

The Best Cars: 29,100 followers
No ambiguity here — this page promises to bring followers the absolute greatest cars being built today. The only knock against The Best Cars is most posts go up in duplicate, which might get annoying.

SSsupersports: 11,200 followers
The team at SSsupersports sums up what they’re trying to do pretty nicely: “Supercars and just supercars. For lovers. For dreamers. For enthusiasts.”

EXOST: 8,500 followers
EXOST treats every single vehicle it showcases as a work of art in its own right, and it’s hard to argue that point, especially when looking at this. Or this.

Hot American Cars: 6,300 followers
If your ideal supercar is a GT500 or a Callaway Corvette, this is a page you should definitely follow.

Motoring Exposure: 5,600 followers
All luxury cars and supercars, all the time. And, you know, because consumer reporting is always valuable, sometimes Motoring Exposure address pressing issues such as how many of your groceries you can bring home in your Ferrari.

Classic Cars Photography: 5,000 followers
This is a feed maintained by photographer Robert Skreiner, and the name of the page is pretty self-explanatory. Particularly nice find: This 1937 Cord 812 Phaeton.

Car Photographer Tim Wallace: 3,700 followers
UK-based Tim Wallace was voted car photographer of the year in 2011. Follow his Google+ page and check out his great work.

HotShots: 2,000 followers
The HotShots page is an endless feed of HD wallpapers of cars, or at least wallpapers that feature cars. The duplicate and triplicate posts can get annoying, but there are great images here. If you don’t follow, at least give the feed a good scroll-through.

NM2255 Car HD Videos: 1,600 followers
If all the great photography on Google+ isn’t quite doing it for you, try graduating on to high-definition videos. Every day, NM2255 will have a Lambo or a Porsche or a Bugatti or something equally stunning for you.

Car photographer William Stern: 1,089 followers
Miami’s William Stern does a lot of automotive photography for ADV.1 Wheels, which means he has access to some pretty impressive cars for his photo shoots. Case in point: This Aventador.

Petrolhead Nirvana: 346 followers
“Petrolhead” is one of the preferred terms for a car enthusiast in England, where this team of tour organizers is located. If you are ever in the UK, you can join them for a driving tour through beautiful scenery in something nice, fast, and with a steering wheel on the right side. Check out the Google+ page for photos of the tours.

Car photographer GF Williams: 112 followers
GF Williams is one of the world’s top car photographers, which begs the question why more people aren’t following this Google+ page. Just look at this album of awesome cars in the Saudi Arabian desert.

Luxurious Magazine: Number of followers not listed, but views number 87 million-plus
Luxurious Magazine isn’t totally devoted to cars — sometimes they post about yachts or watches or supermodels — but their coverage does skew very heavily automotive. This is a good page to watch for whenever Porsche or BMW or some other high-end automaker releases photos of new concepts.

Gumbal: Number of followers not listed, but views number 10 million-plus
Gumbal is a YouTube channel dedicated to videos of supercars, and this is the channel’s Google+ feed, which integrates pretty smoothly with YouTube. If you could listen to Ferraris and Lambos rev their engines all day, this is the page for you.

Automakers Who Are Especially Active on Google+

Ferrari: 4.5 million followers
There is this boutique automaker in the north of Italy that makes mostly sports cars, and more often than not paints them red. Maybe some of you are familiar with them.

In any case, this Ferrari company is doing a good job of getting its name out there by being particularly active on Google+. It also appears the company is involved in professional racing, too. Might be worth a look.

Tesla: 1.9 million followers
2014 has already been a big year for Tesla: From cross-country road tests to legal battles over whether it can sell its cars directly to news that the much more affordable Model 3 will go on sale in a few years. Follow Tesla and keep up with how Elon Musk is turning the whole industry on its head.

Volvo: 962,000 followers
Volvo’s presence on Google+ is so rich in photography and attention to detail that if you weren’t already a fan, you might be easily swayed. 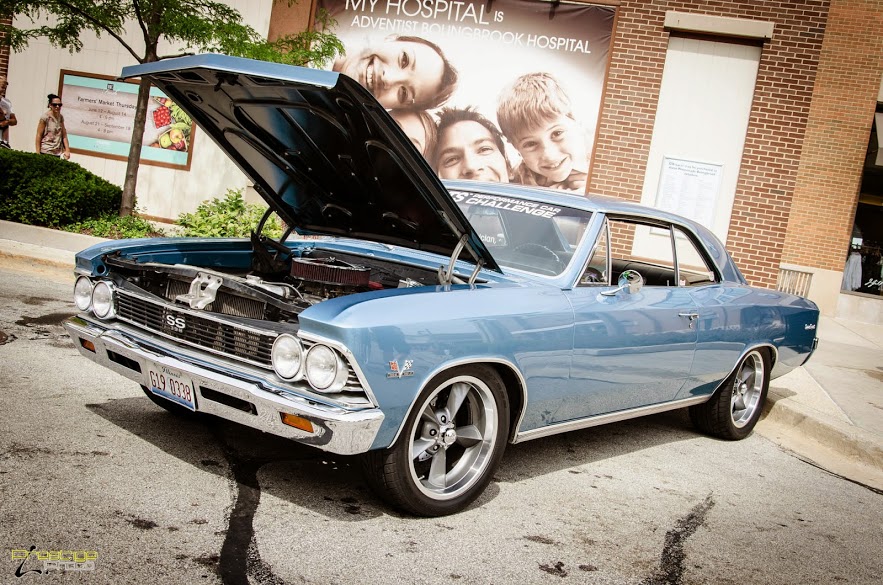 One of Google+’s best features is that it lets users build online communities around specific topics, effectively crowdsourcing smart insights and a lot of great photography, especially in the automotive realms.

Often, publications with their own Google+ pages create communities on the side to supplement their coverage, or sometimes just for fun. Here are XX Google+ automotive communities worth joining.
Auto Enthusiasts: 142,000 members
A general cars page, but there some good discussions going on at the sub-community level, where users can offer advice, talk trash or just post photos of nice cars they’ve seen.

Dream Cars: 8,000 members
Photos and videos of all the cars users have mentally set aside money for once they win the lottery.

American Cars: 4,400 members
Tired of looking at Porsches and Lambos and Ferraris? Let this community be a breath of fresh air.

Spotted Cars: 3,900 members
Not “spotted” as in dalmatians and leopards — this is a community for posting photos of exotics and supercars users have spotted out in the wild. Or at least on the street.

Japanese Cars: 2,900
Nissans, Toytoas, Subarus: It’s a community after our own hearts.

Concept Cars: 2,900 members
Only photos of pre-productions vehicles (or classic concepts that never made it to production in the first place) allowed here.

Cool Car of the Day: 2,800 members
This one is pretty self-explanatory, although posts don’t always go up on a daily basis. Nevertheless, if you enjoy a stream of great car photos in your news feed, join this community.

International Car News: 1,400 members
All car news here is far game. This is a good community for you to diversify your news sources and pick up things you might miss in your everyday reading.

Classic Cars 1 and Classic Cars 2: 1,300 combined members
Two communities with the same goal, spotlighting and discussing great classic automobiles. If you are into classics, just join both.

Top 40 Auto Profiles and Communities on Google+ You Should Follow was last modified: July 29th, 2014