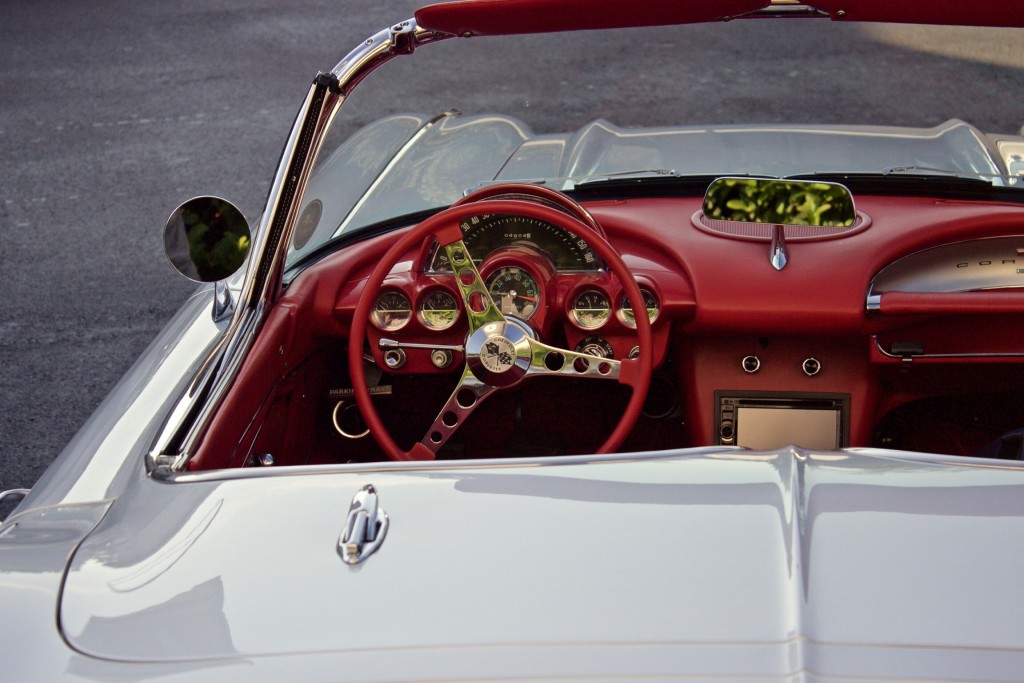 You’re the car person in your group of friends, the one who everyone goes to at the first sign of car trouble. You may not be a mechanic, but you can diagnose some basic issues, and you’re pretty handy around under the hood.

Maybe you have your go-to forums and websites where you can chat with like-minded people, too.

Well, if you’re a local to the Front Range, you can find plenty of other gearheads in your own neighborhood. Here are 23 Boulder car clubs and meetups that might be worth joining.

Top of the Rockies Corvette Association

As part of the National Council of Corvettes, the Top of the Rockies Corvette Association is the premiere group to join for Corvette drivers. When you pay the $55 for an individual membership (it’s $85 for couples), you join a group based in Longmont that has more than 100 members and has existed since 1985.

Love coffee? Then you should sign up with Coffee and Cars in Boulder and Lafayette. Each first Saturday of the month, meetings take place from 7 a.m. until 10 a.m near the intersection of Arapahoe and 95h St. in Lafayette.

Celebrating its 48th year, the Rocky Mountain Jaguar Club welcomes residents from Nebraska, Wyoming and other surrounding states. There are about 120 members total, but there’s always room for more. When you join, you’ll be welcome to attend monthly meetings, get invites to sponsored parties and will receive the group’s newsletter. It costs $88 to join for a year and $68 to renew. 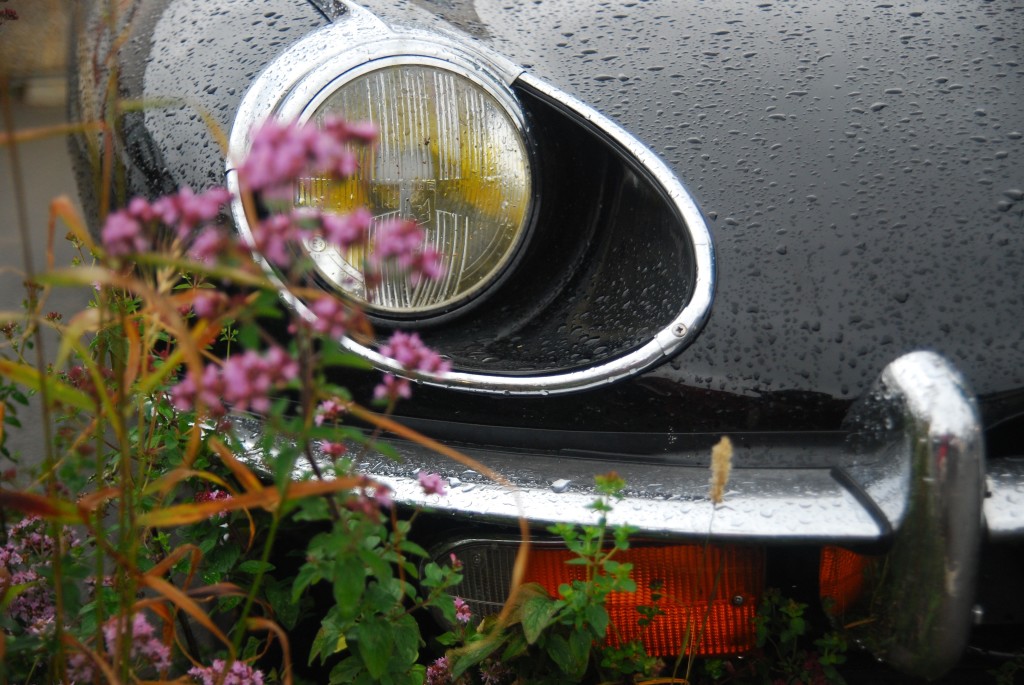 The Colorado Sports Car Club of America (SCCA) hosts events such as rallycross, club time trials and opportunities to drive some pretty sweet cars. The SCCA’s calendar is often chock full of events, which include member meetings at local restaurants and bars, parties for the holidays and mini conventions.

Since 1956, the Mile-Hi Jeep Club of Colorado has been a viable option for drivers who want to delve deeper into their community. Membership costs $60 a year, and parent club meetings are held each month at the Westminster Elks Lodge. There’s also a trail run for four-wheel drivers who want to get to know their fellow club members better. The group organizes an annual Christmas Caravan for Kids event to give toys to the less fortunate, and members are also active in other local charitable organizations.

“This group is all about the future of transportation and the connected car. If you love cars (connected ones, autonomous ones, electric ones or even shared ones), this is the group for you,” Connected Car Boulder writes on its Meetup page. Each month, you can meet with reps from car companies, entrepreneurs and startups that look to make real change in the world of automotives.

Encompassing more than 60 groups, the Collector Car Council of Colorado got its start in 1965. Then called the Old Car Council of Colorado, the organization covers all sorts of car interests: Rods and customs, kit cars, antiques and even vintage racers. Annual costs are $100 for corporations, $50 for clubs and $20 for individual members. 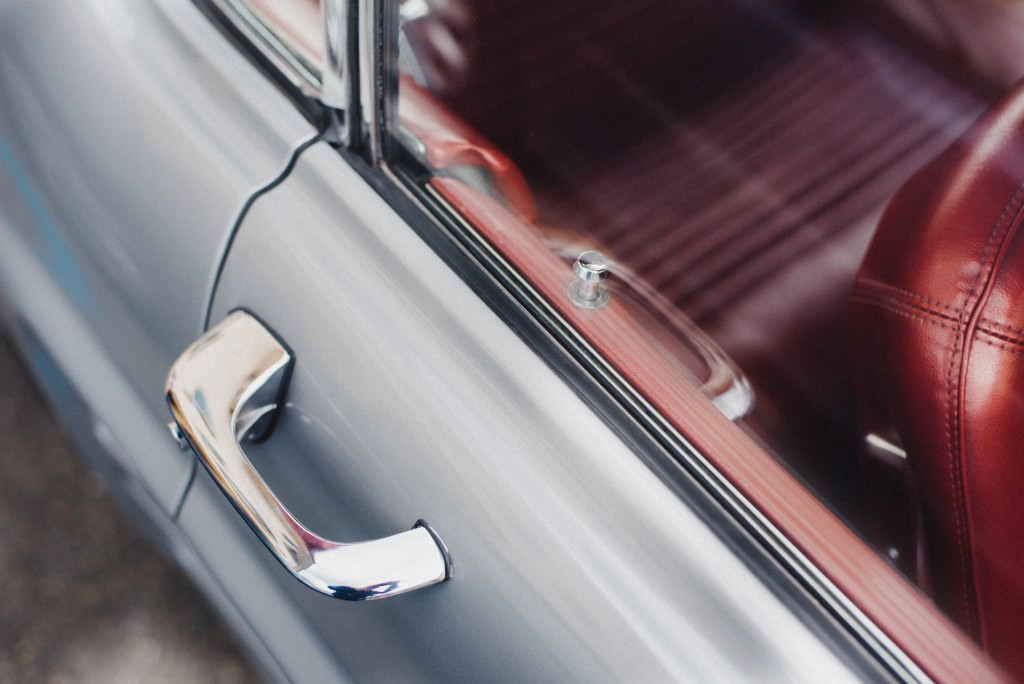 The EPIC & MRSP Passholders Car Pooling Brigade is for mountain resort lift pass holders who want to save a little money on gas, plus a little wear and tear on their vehicles, while still getting the most out of ski and snowboard season. Once the resorts have a good amount of snow, frequents rides out to Golden, Crested Butte, Keystone and elsewhere are available each week. There are also local meet-and-greets so you can get have a beer and get to know the folks you’ll share a ride with.

The Studebaker Drivers’ Club has its own Colorado chapter, called the Conestoga Club. Follow the Facebook page or check back on the website to see the latest events; you can also grab an online PDF membership form that you can fill out and mail back. Initial costs for new members are $24 annually, and this is a good resource for anyone who struggles to find the right part of an old Starlight or a Commander.

Wonderfully abbreviated as SACK, the LGBT-friendly Sunday Afternoon Car Klub is brought to you by the Denver Chapter of the Lambda Car Club International. There are SACK events each month as well as various happenings. Also, look out for some great fundraisers a few times per year.

The Denver Electric Vehicle Council was born amidst the oil crisis of the ‘70s and counts about 100 members today. If you join, you can learn a great deal about hybrid technology, battery-powered cars and how to use renewable energy. There are meetings and events every month, and you can read the group’s newsletter for free on its website. 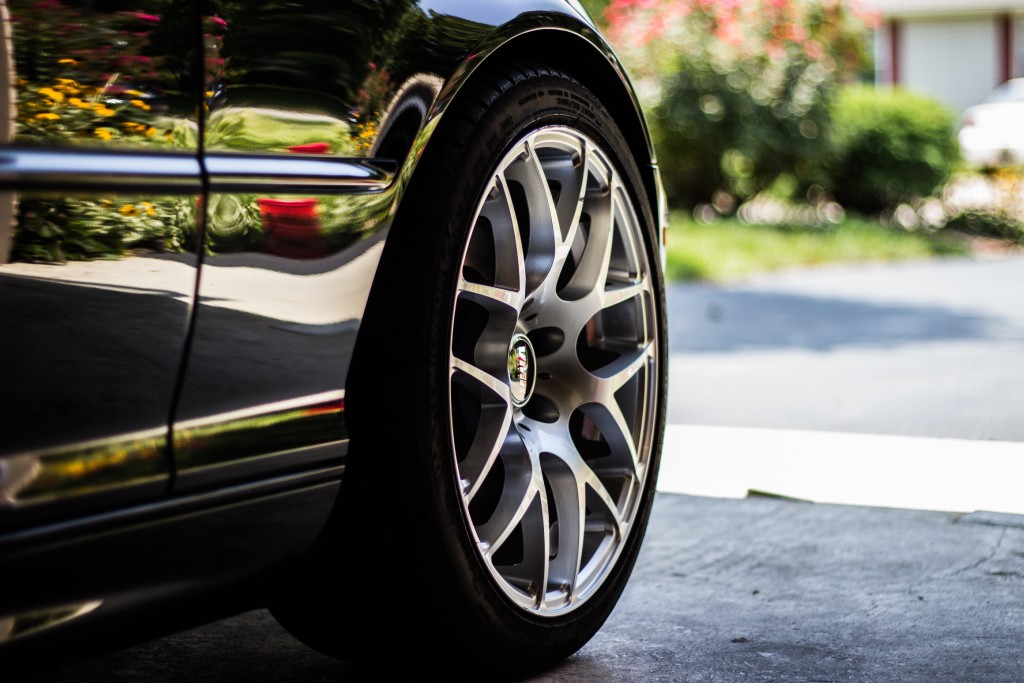 For those of you rolling around in a Karmann Ghia or an old Bug, the Rocky Mountain Air-Cooled Volkswagen Club organizes regular cruises, shows and picnics up in the mountains. This is a good group of people for VW owners to know, and they look like they have a good time.

Founded in 1965, the Denver Mustang Club is proud of its history as one of the first groups created to honor the iconic sportscar. As long as you’re 18 or older, you can enroll for a $30 yearly fee. Members receive vendor connections, invites to events for networking and a newsletter each month called Horse Tails. Meetings are held monthly.

The Early Mustang Club of Colorado is also based in Denver, and its emphasis is Mustangs produced between 1964 and 1973. “You will find the EMC a very friendly, informal club with members who have a great deal of knowledge about these early cars,” organizers say. You don’t have to own a Mustang to join, but you must have car insurance and a driver’s license. It costs $30 per year for a membership.

The Mile High chapter of the Mercedes-Benz Club of America boasts nearly 450 members, and the club throws 30 or so events each year. Some are car shows, some are rallies, some are track events, and some are charity fundraisers. You’ll have plenty of reading material coming your way, too, when you receive the group’s publications, The STAR and The Constellation. 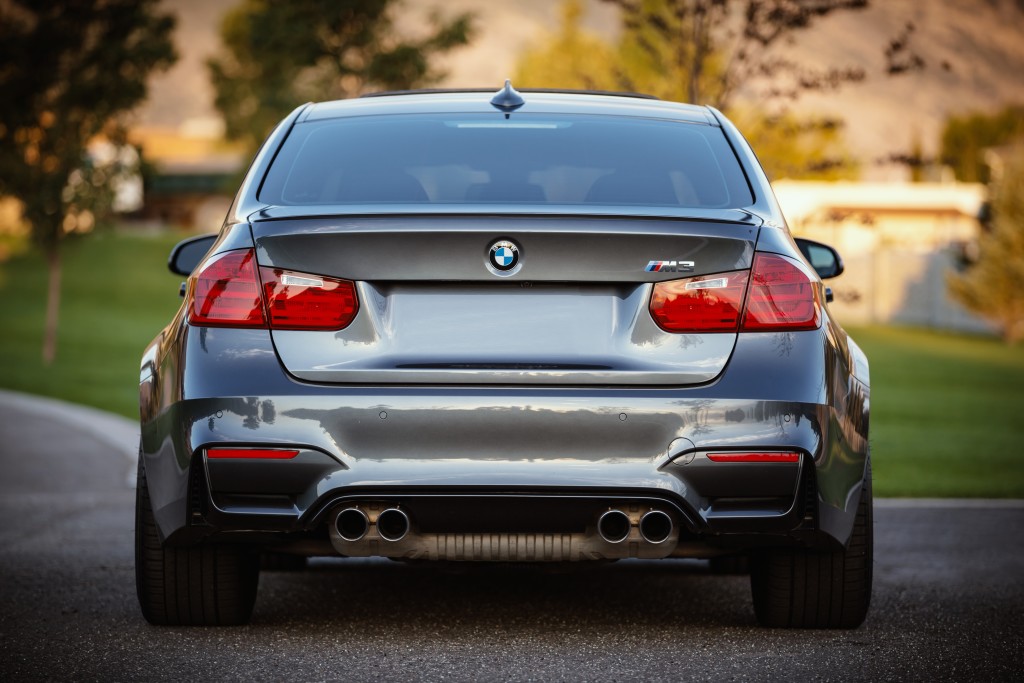 The Rocky Mountain Chapter of the BMW Car Club of America is a great resource for news on all things road-related in the Boulder area. It also offers numerous opportunities for BMW owners to get together throughout the year — memberships start at $48 annually.

Model A Ford Club of Colorado

The Model A Ford Club of Colorado is one of the oldest on this list, having been founded in 1959. The group’s focus is restoring 1928 through 1931 Model As, and there are several events planned each month. Bonus points for anyone who shows up in era-appropriate fashion.

The Veteran Motor Car Club of America has both an Estes Park and a Loveland chapter in Colorado. The parent organization was founded in 1938, and membership for a year costs $37. After you join, you can start attending meetings to get ready for the cool events and tours planned for 2016.

The Rocky Mountain Region Cadillac & LaSalle Club has been around since 1978 and welcomes members from surrounding states. The group holds monthly meetings and will sometimes have dinners before those meetings at Elks lodges. Also, Cadillac lovers should be sure to check out the group’s classifieds section on its website. 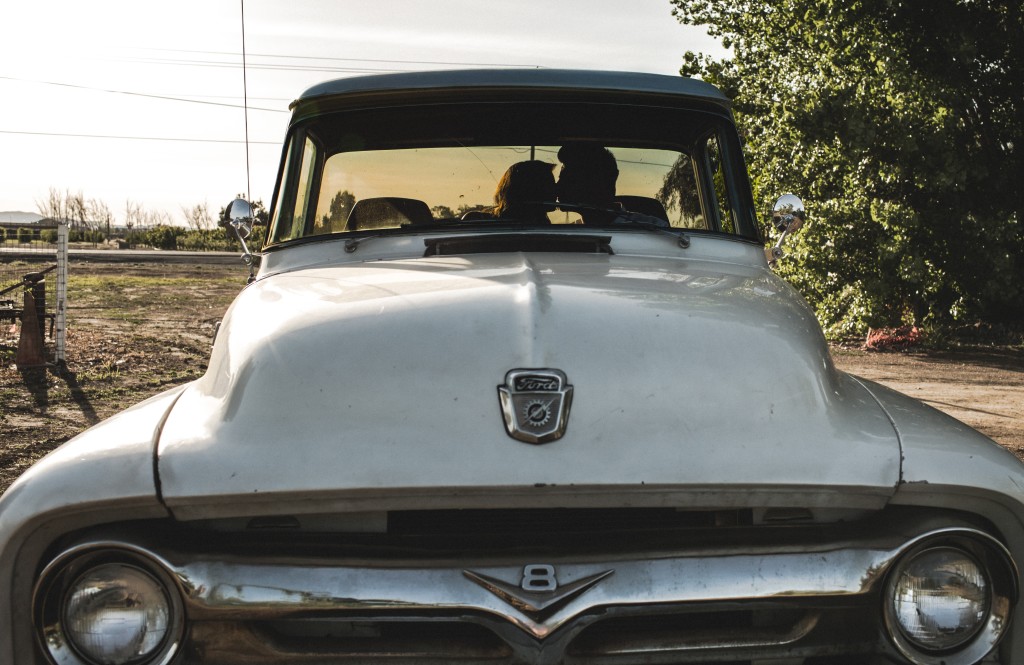 Each August, the Gunnison Car Club hosts a killer car show against the backdrop of the mountains. Also, the group’s member list is a roll call of some of the great vehicles of the 20th Century: a 1970 E-Type Jaguar, a 1955 Chevy Cameo Pickup and a 1932 Ford Coupe being prime examples. To join, fill out an online membership form and mail it back; it costs $10 initially to join, then $5 for every subsequent year. Families can also join for a total of $25.

The Classic GTO Association of Denver

Based in Denver, the Mile-Hi Chapter of the Falcon Club of America is for people who are interested in restoring and preserving those classic Ford Falcons built between 1960 and 1970. You only need to pay $30 per year, and you can enjoy meetings, events and activities made for Falcon lovers in the area.

The Rocky Mountain Chapter of the Maserati Club has a calendar full of great events: Kentucky Derby parties, long group rides through the mountains and out into the desert, and even unveilings when Maserati releases a new model. Plus, what looks sweet winding through a mountain pass than a classic Italian grand tourer?