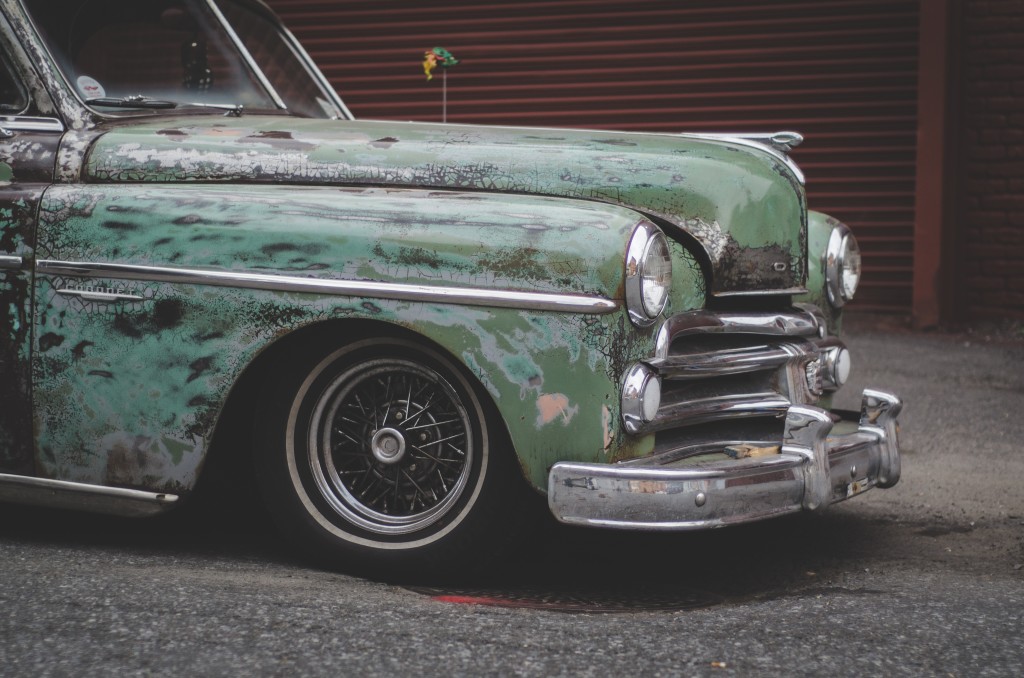 Basic logic once dictated that the older something is, the more valuable it is. However, today, this isn’t necessarily the case.

Sometimes those old comic books you sat on from when you were a kid are worth a fortune, but most of the time, they’re just dusty junk taking up room. Unfortunately, the same can be said for a lot of classic cars. While some may retain their value, this doesn’t apply across the board.

If you’re passionate about old vehicles, here is all you need to know about what makes them valuable, which ones you should restore, and how to make money in the process (and not lose it).

The Most Expensive Classic Cars

First, let’s take a look at the vehicles that command the highest prices today, or at least whenever they go up for sale. Each is worth exponentially more now than what it sold for brand new. A few common themes run throughout this list — rarity, race pedigree and Ferrariness chief among them — that might help you evaluate any classic vehicle you’re thinking of buying.

1962 Ferrari 250 GTO — Is it any surprise that the most expensive classic car in existence is a Ferrari? This particular baby went up for auction at the Pebble Beach Concours d’Elegance in Pebble Beach, California, in 2014. The winner bought it for $38 million. Fewer than 40 of these cars were produced.

1967 Ferrari 275 GTB/4S NART Spider — A specialized series of cars (NART meaning North American Racing Team) designed by Enzo Ferrari himself, a young man named Eddie Smith somehow got his hands on this $27.7-million investment. When he passed away, the vehicle was inherited by his son, who made the tough decision to sell it in 2013.

1964 Ferrari 275 GTB/C Speciale — Another car that sold in a Pebble Beach auction is the 1964 Ferrari 275 GTB/C Speciale. As mentioned, some of the most sought-after classic cars in history are Ferraris, and this is one of the most limited-edition models of all, as there are only two others. Finding one is next to impossible, which explains the $26.4 million price tag.

1954 Ferrari 375-Plus — Karl Kleve got this Ferrari for just $2,500 — that’s still just $22,000 today, when adjusted for inflation — a few years after it was produced. But as luck would have it, someone stole it from him. He eventually tracked it down, went to court to sue the thief, and the end result was the vehicle being auctioned off, where it was snatched up for $18.4 million.

1957 Ferrari 250 Testa Rossa — When the 1957 Ferrari 250 Testa Rossa was sold in 2011 by Gooding & Company, its price tag of $16.4 million was so high that it shattered the previous world record for vehicular auctions. In the few years since, even more expensive Ferraris have sold, which means these mid-Century classics from Modena are appreciating in value very, very quickly.

1961 Ferrari 250 GT California Spyder — If you’ve seen the 1977 movie Airport, you might recognize this 1961 Ferrari 250 GT California Spyder. It was recovered from a farm in France, where it and other classic beauties sat gathering rust. You would never guess it by looking at it though, nor at its price tag, which was right at $16 million when it sold in February 2015.

1964 Ferrari 250 LM — Yet another beloved Ferrari, this 1964 beast was auctioned off in New York for a cool $14.3 million. Original estimates determined that the car could be worth between $12 and $15 million. There were 250 of these vehicles built in total. 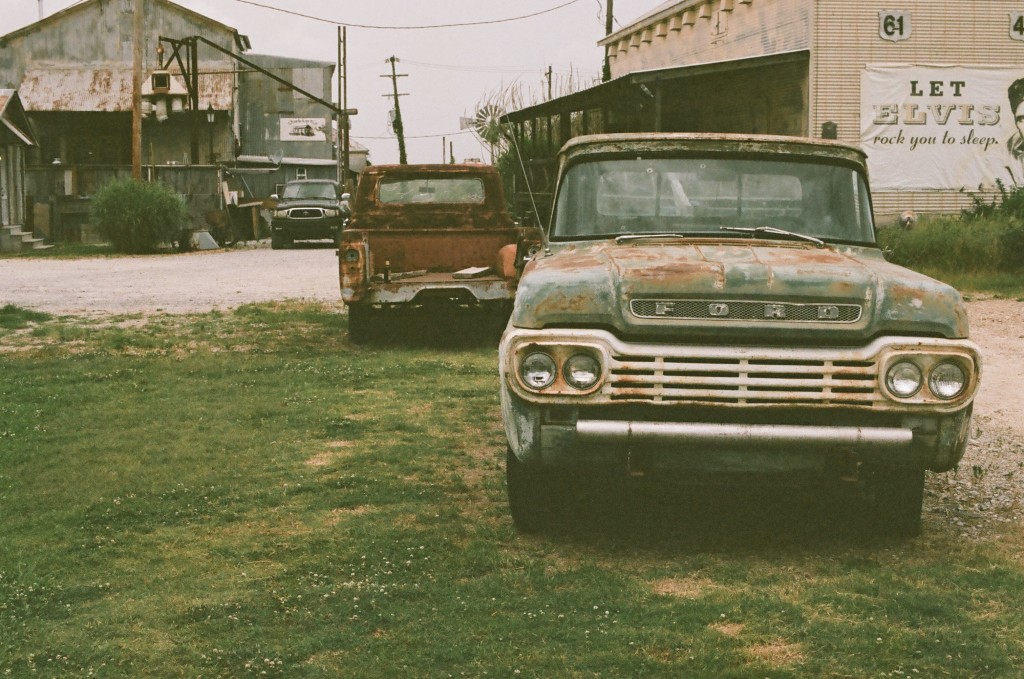 So what is it about certain cars that make them so valuable? Is it the make? Their age? Their features? Their rarity?

Richard Lentinello at Hemmings Daily argues that rarity alone doesn’t make a car valuable. He uses a 1963 Chevrolet Impala SS convertible he spotted in Florida as an example. Though ‘63 Impalas are fairly well sought-after, this one had a 230-cubic-inch Turbo-Thrift straight-six powerplant engine, rare among SS models, which typically had a 409 V8.

“While the car in and of itself is a worthy collector’s item, especially considering its spectacular condition, its value doesn’t, and never will, match that of the 409 version, or even one with a 327-cu.in. V-8,” he writes. “In fact, value guides peg the price of the six-cylinder SS at around 20 to 25 percent less than the 409 equivalent. And all because its smaller-sized engine is lacking two cylinders.”

So, power trumps rarity in this case.

Condition is also key. Patricia L. Harman at Property Casualty 360 notes how the standard classifications of condition — fair, good, excellent, and mint — can drastically affect the price. A 1952 Jaguar C-Type, 6-cylinder, two-door roadster, she writes, might command $2.9 million in fair condition but $4.9 in perfect condition. 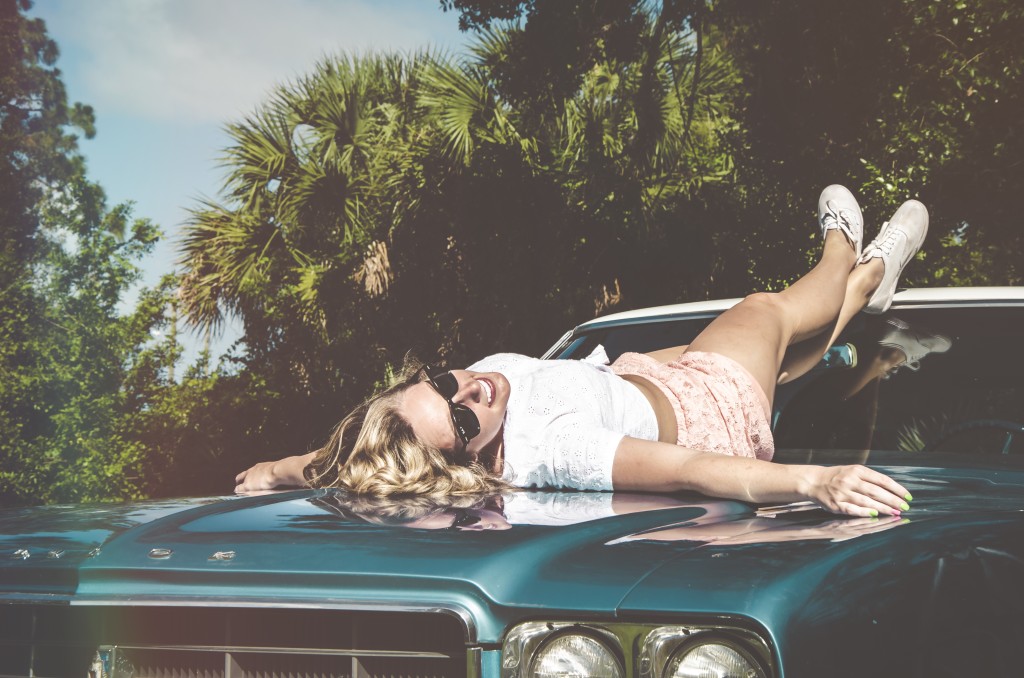 How Is Value Calculated?

As mentioned above, that 1964 Ferrari 250 LM had an estimated value between $12 and $15 million. Ultimately, it sold for $14.3 million. Who determined that final value and how? When it comes to reviewing market trends to figure out how much your classic car is worth, Hagerty is considered the best of the best.

There are dozens and dozens of videos and articles about car valuation, and you can even subscribe to the Hagerty Price Guide, which “is the premier collector car value guide — accurate, up to date, and without pricing bias or prejudice. It covers most popular postwar automobiles, as well as hard-to-find and unusual models, with four values for each listing based on condition.”

Hagerty updates the guide annually, three times in total. If you don’t necessarily want to order a bunch of books, you can subscribe to the Hagerty website, where you can bookmark favorite vehicles and research specific cars that appeal to you.

Find the car you have (or are thinking of buying) by its make, model or year, and then take a look at the value change over time for the past three or five years. You can then predict when the vehicle will be most valuable and thus when the best time is to sell.

Does Restoring a Classic Car Increase Its Value?

In short, yes. The older a vehicle gets, the more attention it needs to keep its paint job from rusting and its exterior and interior parts and components from falling apart.

American Insurance Collectors deals primarily with classic cars and other valuable older items. “Car collecting has gone to a whole new level in recent years, and the amount of money raised at auctions has drastically increased,” they write. “Throughout 2014, classic cars were auctioned off at record prices, totaling a whopping $1.3 billion to collectors in North America.”

With the market booming in recent years, restored cars can be incredibly desirable if they’re in good enough condition. If you happen to have a restored Ferrari sitting around in your garage, you’re in even better shape.

Classic Cars for Sale has 10 other great classics you should look into if you want to restore and resell them:

PSA: Never go into debt for a classic car. If you still have to spend time, energy and money to restore it, that should be a labor of love, not an investment.

Drew Yagodnik, Vice President of Classic Automotive Insurance Agency, Inc., has some great tips for finding that ideal set of wheels to restore and resell in a post on LinkedIn. He suggests three guiding principles to always keep in mind during the shopping process:

“If you’re having trouble deciding on a car or you’re just not sure what speaks to you yet, try deciding how you plan to use it,” Yagodnik says. “If you’re looking for an everyday driver, you may want a newer model with the comforts to which you’re accustomed to or at least a model you can modify.

“If you’re looking for a show-specific car that you don’t plan to drive often, this may help you narrow down your search. You may decide you want to build and restore a car you can eventually enter in the Concours d’Elegance, one of the most elegant car events in the country. … You may decide that Hot Rodding is for you, and choose to customize your own rod for entry in the Street Machine Nationals.”

No matter your choice, do your homework first. Yagodnik says that even if you’re a total beginner who is planning to work on your first car that you don’t have to worry. There’s a car out there for you that doesn’t require tons of restoration but will instead be a simpler job.

How to Buy a Classic Car without Getting Ripped off

Even for beginners, you have to plan to invest a bit of money into restoring your classic car. As this can become a rather pricey hobby, it’s absolutely critical that you don’t get ripped off when buying your vehicle. If this is your first time searching for a classic car, you could make a simple mistake that could cost you in the end.

Yagodnik suggests attending car shows, joining car clubs, going to car auctions or checking out the classifieds to find your car. These groups and organizations are reputable and will want to help you instead of swindle you.

Russell Bray writing for This Is Money penned an informational piece about the high prices buyers willingly shell out for classic cars these days. He cautions that buyers not get too overzealous, as once upon a time in the 1980s, the classic car bubble popped. The value of some vehicles nearly went down by half.

“So, decide what you want and then do your research, but don’t lose sight of other costs,” Bray says. “Insurance and storage can seem like nothing compared with the money pit of restoration. The classic car market is often affected by appearance, image, scarcity, history and condition as much as the mechanical aspects of the car and sometimes whether it is any good to drive. Prices can go down, so buy a car you really want and regard any rise in value as a bonus.”

Marilyn Lewis at Money Talks News shares what she calls “cardinal rules” for beginners and experts who want to buy a classic vehicle. Some of these are as follows:


Are Classic Cars a Good Investment? What You Need to Know Before You Buy was last modified: February 5th, 2016