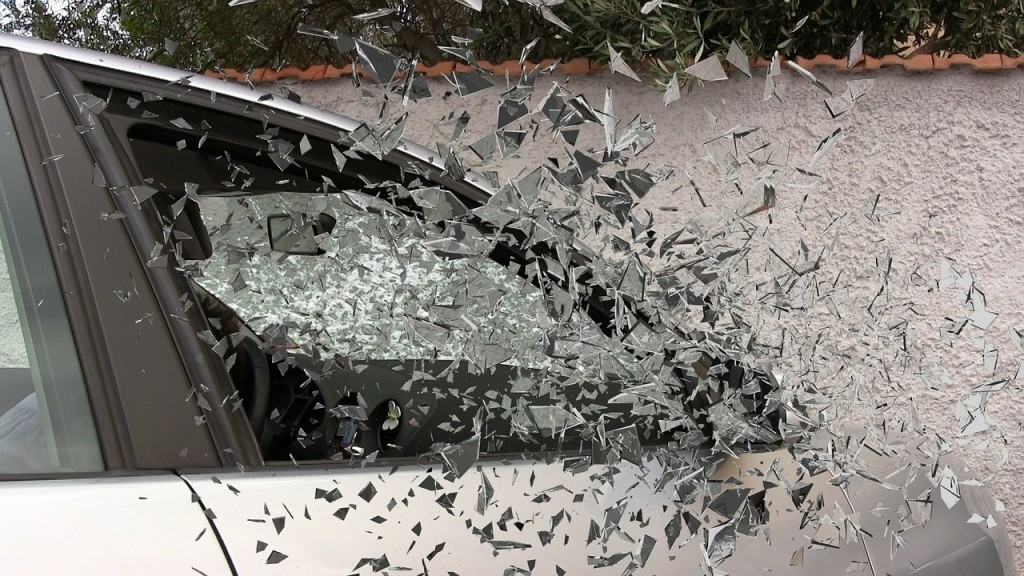 Car manufacturers have evolved their safety measures as new technology is introduced. While airbags are a given, many newer vehicles come with high-tech safety features such as auto-braking, forward collision detection, blind-spot warnings, parking assistance, backup sensors, and front and rear cameras, as Mark Vallet writes at Insurance.com.

Even with this new technology and more always on the horizon, companies exist that extensively test cars for their safety, doing crash tests and influencing safety ratings. These companies work to ensure that all cars sold are reliable and ready to hit the road.

Here are 40 of those companies, each working to improve the safety of the vehicles we all rely on.

While the crash test dummy is a common tool for testing for vehicular safety now, Humanetics was the first company to check ejection seats in spacecraft and aircraft with the dummies back in the 1950s. These dummies were so popular that companies began using them to test cars. Responsible for the Hybrid I, Hybrid II and Hybrid III crash test dummies, Humanetics absorbed European dummy manufacturer TNO Automotive in the late 1990s.

With an annual promise to preserve the lives of 30,000 drivers and passengers, Autoliv has produced safety equipment for more than 60 years. Some of these products include child restraints, night vision systems, airbags, dynamic spotlights, radar systems and more. The company does its safety testing in the United States, China, Sweden, Japan, Germany, France and other countries on various tracks.

Billy Walkowiak of Collision Safety Experts offers more than just vehicular repairs post-accident. He and his team of car inspectors will test the vehicle to make sure it’s ready to get back on the road. He reviews the parts used, driving specifications by car manufacturer and more to make an honest assessment. If the car needs more work, Walkowiak and his team will take care of it.

The IIHS works to prevent vehicular accidents to make US streets safer. This nonprofit organization works in association with the Highway Loss Data Institute, which releases “scientific studies of insurance data representing the human and economic losses resulting from the ownership and operation of different types of vehicles and by publishing insurance loss results by vehicle make and model.”

The NHTSA has a Vehicle Crash Test Database that includes the results of crash tests according to a car’s year, make and model. The organization also produces reports and data like the Fatality Analysis Reporting System, traffic records, state data programs, Special Crash Investigations, the National Driver Register and the National Automotive Sampling System.

For more than 30 years, IAV has worked with auto manufacturers to produce vehicular software, alternative drive systems, combustion engines and more. The company does crash tests in Gifhorn, Germany, on a 427-foot track, including pole crash tests, side crash tests, and rear-end and head-on collision tests.

Rating a car’s safety on a scale of one to five stars, Euro NCAP explains what these stars mean:

Euro NCAP does warn that ratings can change and that you should always use the most recent star rating for any particular car.

Producing driver assistance systems, Mobileye is especially known for the EyeQ chip, which can “perform detailed interpretations of the visual field in order to anticipate possible collisions with other licensed vehicles, pedestrians, animals, debris and other obstacles.” This chip can quickly scan traffic lights, traffic signs, barriers, boundaries and more to alert you of potential dangers.

ZF Friedrichshafen AG and TRW Automotive merged into ZF TRW, which combines the expertise of those two companies. This company, with its headquarters now just outside Detroit, has buildings worldwide with 13 test tracks and 22 technical centers, focusing on areas such as occupant safety, braking, steering, vehicle electronics and more.

Once a seat belt manufacturer, Takata has since expanded its product line to include child restraint systems and steering wheel systems. Evolving the seat belt even further, Takata has a motorized version that includes servo-motors that can pull tighter to prevent a motorist from being ejected during an accident. 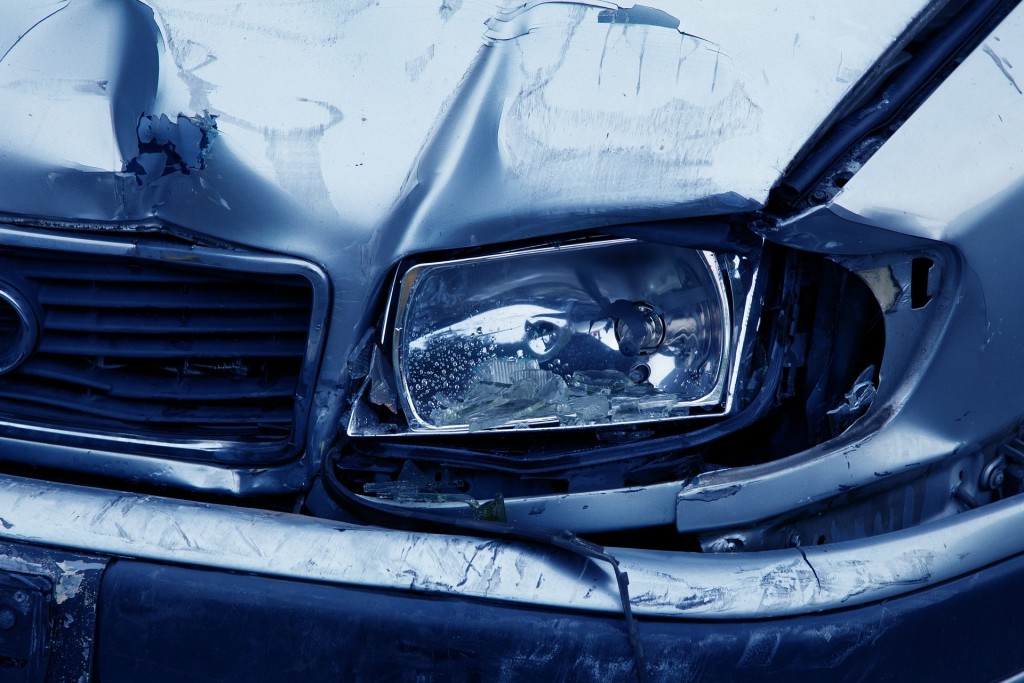 With 900 employees who specialize in nearly 100 scientific areas and work in 25 offices worldwide, Exponent is a good choice for consulting. Its engineers have a Test and Engineering Center where each month they test nearly 30 cars. These engineers perform sled tests and rollover tests; sled tests can determine the safety of cars and even aircraft while rollover tests determine how cars react to lateral slides.

In Spain, CTAG works “to provide automotive companies with an efficient service to meet their present and future needs.” The company has paired with global organizations such as IDIADA Automotive Technology to expand its crash testing and safety services.

Honeycomb core is Plascore’s specialty; these cores can be customized to a customer’s needs. The company has formed a partnership with Euro NCAP to produce barriers that can be used during crash tests. Most of these can be compressed and adjust back to their natural shape after use. Some are intended for side impact tests and others for front impact tests.

Working with major brands in motorsports, automotive and aerospace, Calspan offers testing and engineering services. The company, which has been in business for more than 70 years, works closely with the NHTSA. Its test laboratory determines a car’s crash avoidance rating and its passive safety rating (“when a crash is inevitable and the automobile’s structure and restraint systems are called upon to protect occupants from injury”).

Testing railcars, aerospace and automotive vehicles since 1946, HORIBA MIRA has nearly 40 testing buildings. These are equipped with a pit area, a microcell full-frontal crash wall, and load cell walls. The company’s goal: “By 2020 every journey in the world will be positively influenced by us.” 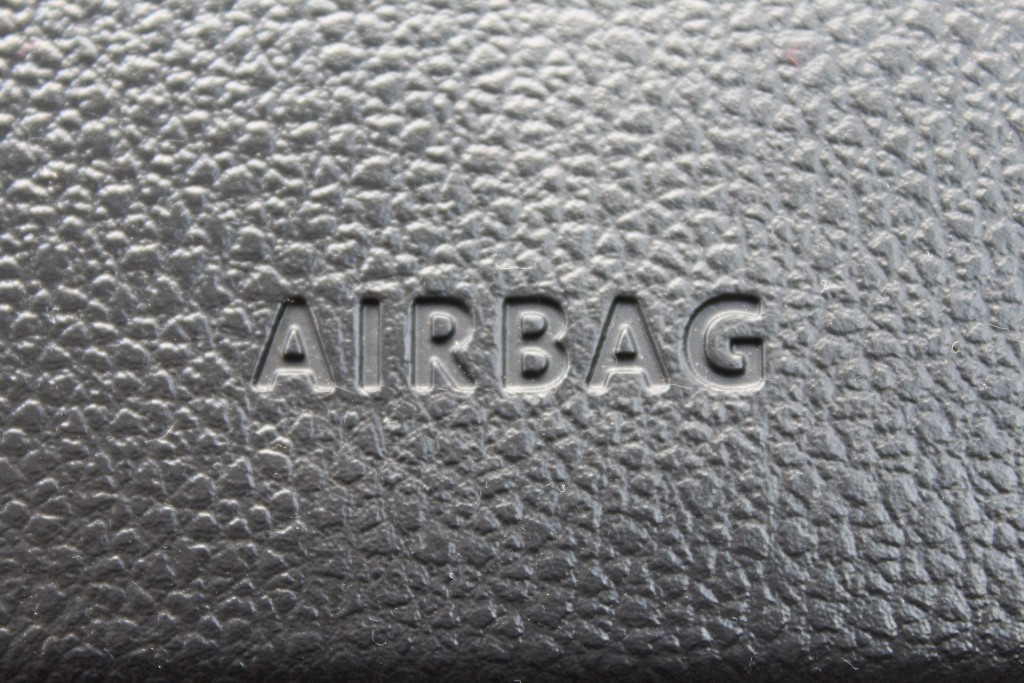 A high-speed imaging company that produces cameras, AOS Technologies AG also has its own crash test facility where those cameras are put to use. Combining fiber optic connections and board crash test equipment with the cameras allows vehicle manufacturers to review all aspects of a crash test, even those that are over in the blink of an eye. 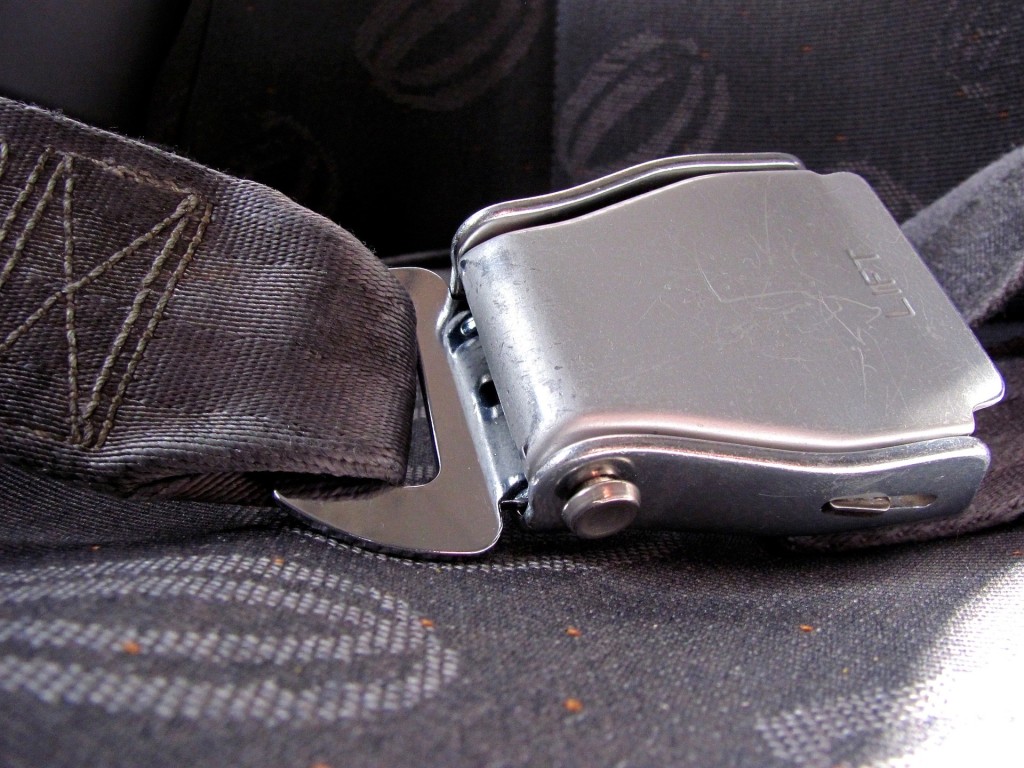 Some of the products from RDP Corporation that these companies have used include crash barrier facilities, crash simulation systems, high-speed photography lighting and automotive crash test sensors.

New York’s MGA Research Corporation has multiple testing facilities that it sometimes commissions to other companies as needed. The vehicle crash facility tests car safety, the accelerator sled facility (which has been in operation for more than 20 years) tests safety equipment in action, and the strong floor facility base is the home of laboratory experiments. This floor has T-slots that are adjustable for various projects. 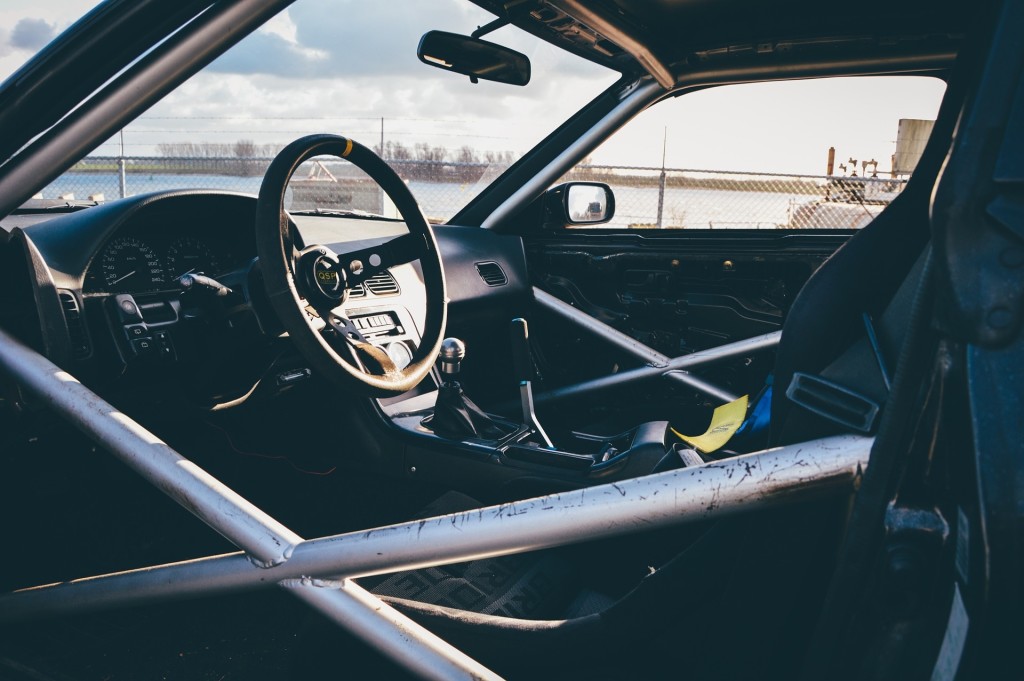 IMMI has expanded from Westfield, Indiana, with facilities across the world in China, Italy, the United Kingdom, Mexico and Slovakia. The company, established in 1961, calls its Center for Advanced Product Evaluation (CAPE) “the only crash test facility of its kind in the world” because of its large barrier blocks. While cars are often tested here, so too are ambulances, fire trucks, commercial trucks, buses, motor coaches and military vehicles.

With full crash facilities in Shanghai; Miami and Madrid, ARIES Test Systems and Instrumentation has received Automotive Testing Technology International’s Crash Test Facility of the Year award in the past decade. The company uses double propulsion systems, including hydraulic and electric systems, to more precisely gauge impacts at certain speeds. The hydraulic propulsion cuts back on energy costs from using too much electricity and has closed loop control and valves. Electric propulsion uses Speed-Pro_FC software and direct torque control for fast testing.

In the Bedford, UK, area, Millbrook Proving Ground calls itself “one of Europe’s leading independent technology centers for the design, engineering, testing and development of automotive and propulsion systems, and a pioneer of low carbon technologies.” The company offers safety systems, sleds and full-scale crash tests.

A 3D dimensional measurement company, Accurex offers optical metrology systems for crash testing. These can capture the test from all angles since they use various cameras. Some of the company’s other services include motion head testing, crash dummy positioning and crash deformation analyses. 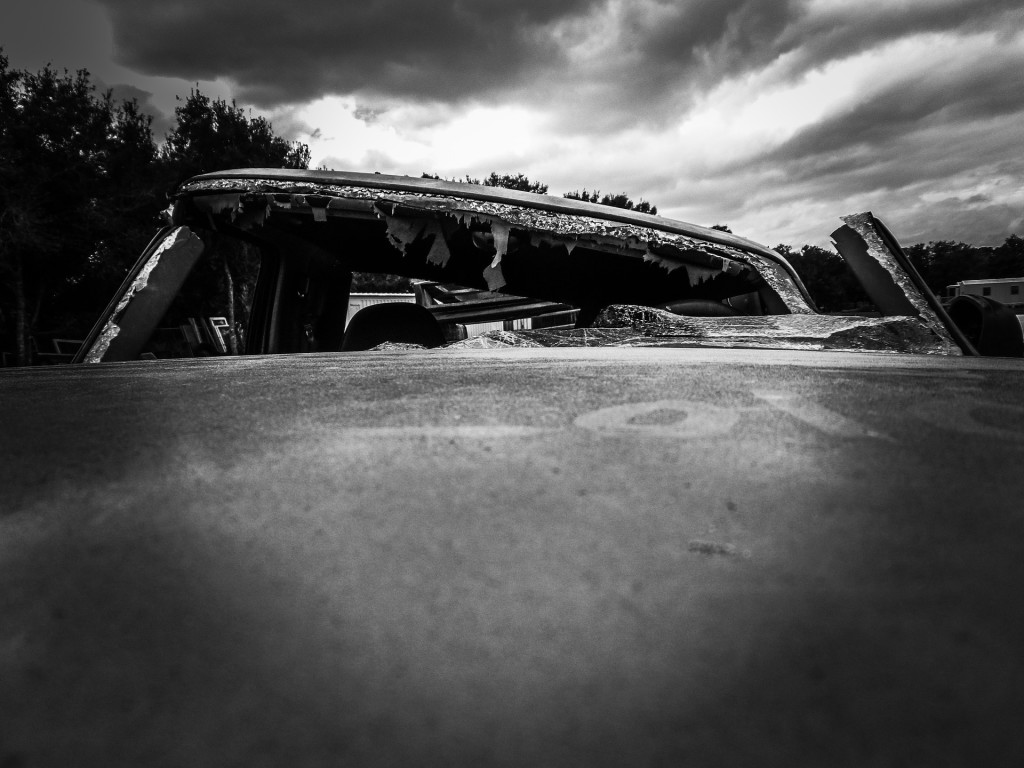 Joseph J. Jacobs, the namesake of the Jacobs Engineering Group, started his company in 1947. Today, the company develops crash test facilities. The design of these facilities starts with a virtual simulation before any work begins. Jacobs Engineering also offers maintenance services for pre-existing testing facilities.

PMG Technologies works with Transport Canada and the Canadian Ministry of Transport to keep Canadian motorists and passengers safer. The company has test tracks (with dynamic tests that measure sound levels, fuel consumption, durability, and braking), environmental chambers, vehicle test structures (which use hydraulic controllers) and a crash area (which tests for side impact and front impact for one or two cars at a time). 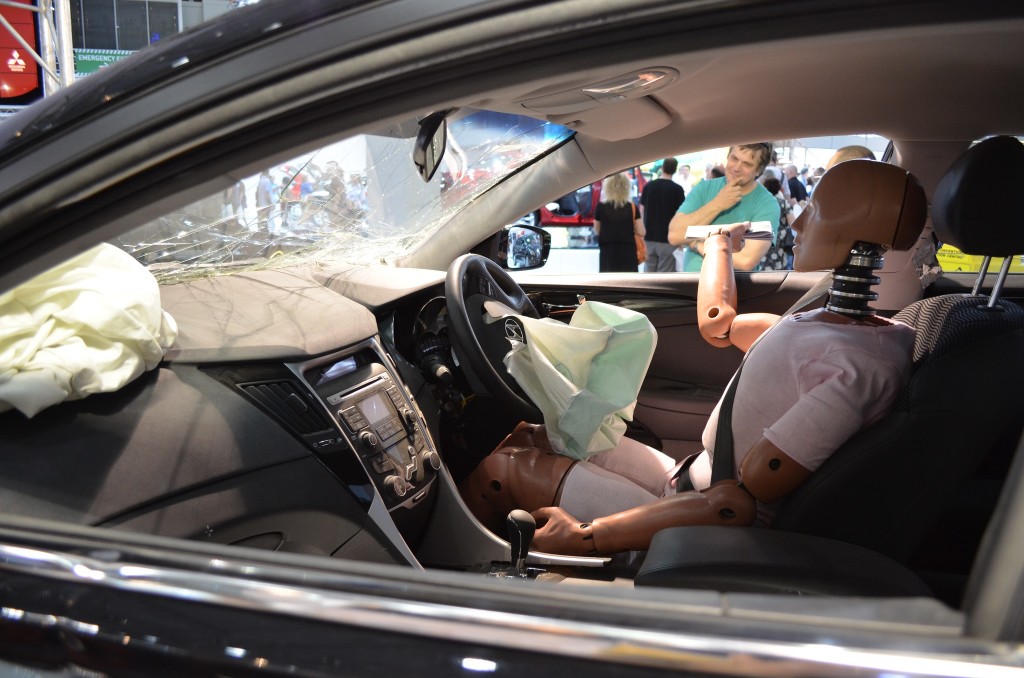 Parts manufacturer Magna International has facilities in 29 countries with more than 125,000 employees. Its Advanced Car Technology Systems (ACTS) test “has earned an excellent reputation as a reliable and flexible development partner, particularly in the field of passive vehicle safety,” Magna writes. “ACTS combines competence in all areas of passive safety with Magna’s detailed component and module-based know-how and with Magna Steyr’s engineering experience.”

In Australia, the APV Tech Center, once known as the Autoliv Test Facility, was renamed in 2011, but with the facility’s past, this building has been used for automotive testing for nearly 50 years. It’s 230-foot test track allows cars to accelerate to nearly 50 miles per hour. Digital video cameras capture footage of the test.

Since 1932, the Allianz Center for Technology in Germany has provided technical training, posted car accident research and repair research, provided information on road safety, and performed crash tests. The facility doesn’t test for severe accident damage, but rather smaller crashes. However, Allianz can determine how much it would cost to fix the car.

40 Companies That Crash-Test Cars and Influence Safety Ratings was last modified: May 26th, 2017