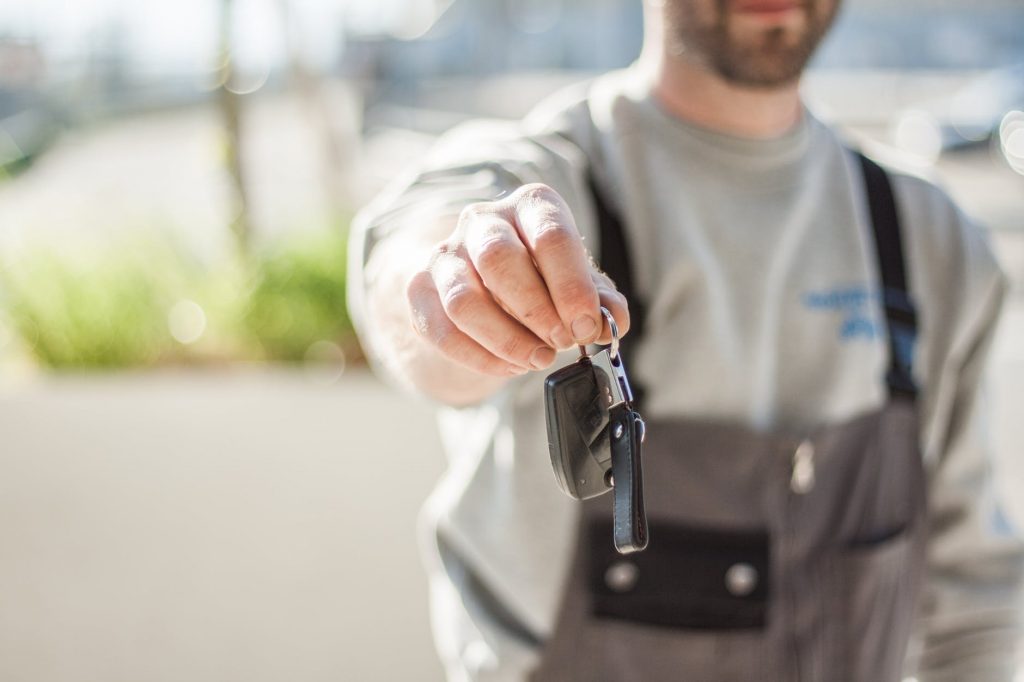 It was shortly before the holidays in 2016, and a St. Louis woman had a dent on her car. She met a man at a service station who said he could help her. To gain her confidence, he said he was a mobile mechanic with two decades of experience. He offered convenience too, saying he could fix her car in the parking lot while she was working. Rather than actually repairing the bumper damage and scratches on the car, reports the Better Business Bureau, he further damaged the car and drove away.

Organizations such as the Better Business Bureau can help you learn about scams and find top-rated repair shops. However, this mobile car repair scam story is just one drop in the vast sea of complaints that car owners make about dealers and mechanics. The truism that people are not always honest with car owners starts right at the point of sale and extends throughout the life of the car. Automotive trouble is the #1 consumer complaint, according to the North American Consumer Protection Investigators and the Consumer Federation of America. The findings, released on July 27, included false advertising, deceptive sales practices, shoddy repair work, unfair lease terms, and towing issues.

Let’s zero in on those deceptive practices related to repair shops. Here are some of the most common methods mechanics use to mislead car owners:

Highway bandits. A highway bandit may work for a service station or own one. These individuals take advantage of car owners who stop for water or air. Various types of strategies are used to try to get the owner of the car to pay something to the fraudster. The con-artist might drip oil beneath a vehicle and then suggest that it is coming from a leak on your car. They might slash the tire, or they might slice a fan belt or water hose. Then the highway bandit will instill fear, creating a sense of danger so that they can sell you on the notion that you won’t be safe unless they fix this thing that’s supposedly wrong with your car (and now perhaps really is because of their malicious actions).

Overcharging. It’s a typical scenario for a mechanic to diagnose an issue with a car, make a repair, and the issue remains. When they get the car back into the shop, they then make a different diagnosis and perform a second repair to fix the second perceived problem. Finally, the mechanic is able to repair the actual real core problem, and the car owner get to pay for all the repairs along this process of discovery. Clearly, a customer should not be charged for a bunch of repairs if only one was really needed. In fact, it is unlawful to charge people for repairs that do not fix the intended problem (i.e., the issue for which the person initially brought in the car). In fact, it can be the subject of a lawsuit and a criminal investigation.

Going for a joyride. Joyriding in clients’ vehicles is, unfortunately, something that occurs often in the industry, according to Steve Lehto in Jalopnik. Lehto, who is an attorney, noted that he has represented people multiple times whose cars were joyridden by auto shops. Stories also come out in the press at times related to victims of the same offense. Dash cameras are making it clear how often this actually does occur. One thing you want to know is that you probably will not be able to get any money back for this kind of incident unless the person actually does physical damage to your vehicle.

Estimate fraud. You always want to get a repair estimate in writing. You might get a completely fair quote when you drop off the car, but then it is inflated incredibly when you go to get it. You may think it is legal to do a bunch of additional work because it is understandable that a mechanic would find something wrong under the hood once the project is underway. Mechanics sometimes leave amounts blank, in fact, when they sign repair authorizations from clients. Once the person leaves, they fill in inflated prices and services.

Repair of the weird. In order to save money, a mechanic will sometimes do work poorly, whether rapidly or strangely. The nonprofit Coalition Against Insurance Fraud tells the story of a mechanic who connected auto parts together using only bailing wire. The mechanic might also not do anything to the car whatsoever.

Used or counterfeit parts. You might get charged for a new part, but what actually gets put into your car is either used or counterfeit. When you’re out driving, the used or counterfeit part might give out. Clearly, it is not what you thought you were buying. You are at risk when a mechanic puts a lower-grade part into your car. Now, that said, you can get away with used parts in some cases, depending on the repair job. However, the key here is that the proposed work and bill match the work that was done. In this scam, the company is charging for new and installing old.

Maintenance hooks. When auto shops commit fraud, they will often have an ad in the paper or elsewhere for a really low-priced maintenance service. Once you are in for the special deal, reports Fraud Guides, then suddenly you are being turned into a high-paying customer. An oil change quickly becomes a big and unnecessary part replacement.

Transmission flush. A scheduled transmission fluid flush is not a bad idea. However, you don’t need to do a flush if you have not been paying attention to those intervals. The collected debris that starts to accrue within aging fluid “becomes the friction material in an aging clutch pack,” notes Consumer Reports. Doing a flush of the fluid in that event could mean that you ruin your transmission.

Replacing the brakes. Many times, new pads are needed for your brakes, or you might need to clean and turn your rotors. Those adjustments are relatively inexpensive. However, a deceptive mechanic will try to convince you that you need to make other replacements as well – such as the combination of pads, rotors, and calipers.

Model-wide diagnosis. A huckster mechanic might look at your car and, without having even looked under your hood, say that cars of your model that hit a certain mileage typically need a certain type of part. Now, clearly, there are many times when you should replace a part at a certain point. That information is in your owner’s manual; check it to make sure any recommendations for maintenance intervals are legitimate.

Stealing out of your car. Lehto mentions that he has heard of many different types of things being stolen from cars while they are entrusted to auto shops, including wallets and even change from the ashtray. Stereos have been taken out of vehicles by fraudulent repair shops. Performance components sometimes get removed from engines.

As you can see, there are many different ways in which a car shop can steal from you or deceive you. All car owners want to know that their vehicles are in good hands when they bring them in for repairs. At Independent Motors, we believe great service starts with open, honest communication. See our beliefs.

Look Out! How Can Auto Shops Deceive You? was last modified: October 29th, 2017