Car dealerships aren’t normally the kinds of businesses you would follow on social media, unless you want to get bombarded with weekly offers of “no money down!”

But luxury, exotic and classic car dealerships have a different set of rules they play by. They can just post photos of their inventory, and car fans will naturally get excited. Somehow, it’s more exciting, too, that all these vehicles are for sale, as if they’re just within your reach (provided you have a few hundred thousand dollars sitting around).

Entertaining those fantasies is the whole point though, right? Luxury car dealers understand that, so now you can turn your Facebook feed into a real-time list of all the amazing cars people are selling around the country.

To help you out, we put together a list of 20 of the best luxury car dealerships in America that post regular, awesome photos on their Facebook pages. And, really, this is what social media should have been designed for in the first place, not status updates from co-workers, acquaintances and far-flung relatives.

The best thing about following this Lynwood, Washington, dealership on Facebook isn’t the photoshoots or the occasional appearances by Warren Moon. The best thing is when they ship an awesome car such as a Dodge Challenger Superbird out to a customer and post a photo of it, like this:

Greenwich, Connecticut, dealership Miller Motorcars carries an embarrassing wealth of new Paganis, Ferraris, Maseratis, Aston Martins and McLarens, among others. That’s how they get away with photoshoots like what you see pictured above, where they got four Huayras out on the track.

Kerbeck family dealerships date all the way back to 1899. F.C. Kerbeck & Sons opened in Palmyra, New Jersey (just across the river from Philadelphia), in the 1920s and today sells Aston Martins, Bentleys, Lamborghinis, Maseratis and Rolls-Royces, among others.

Plymouth, Michigan’s Vanguard Motor Sales first started as a hobby a quarter-century ago, with the owners buying and selling classic cars. Then the business grew. Then eBay launched, and they had a whole new world of customers available to them. Today, Vanguard Motor Sales has 25 years of experience in business, eight years of reviews on eBay, and — at the time of writing — a 1965 Cobra 427 S/C looking for a home.

LA dealership group The Auto Gallery isn’t just one of the city’s premier of McLarens and Lamborghinis and Paganis and Ferraris (among others). It is also the most-trusted service providers among owners of those vehicles nationwide.

The crew at Naples Motorsports, in South Florida, have one of the best ongoing events we could imagine: Supercar breakfast. On certain Saturdays, they bring in a chef to make omelettes for whoever drops by, and then they show off all of the amazing cars in their inventory, which at the time of writing includes a Saleen S7 and a Ferrari Enzo.

Another South Florida dealership, this time on the Atlantic side of the state, Driving Emotions has a ridiculous inventory. This includes everything from new Benzes and Ferraris to old Corvettes and Ford hot rods. And for good measure, they’ll sometimes have choppers and speed boats for sale. The crew here are diligent about photographing and posting everything that’s for sale, too. 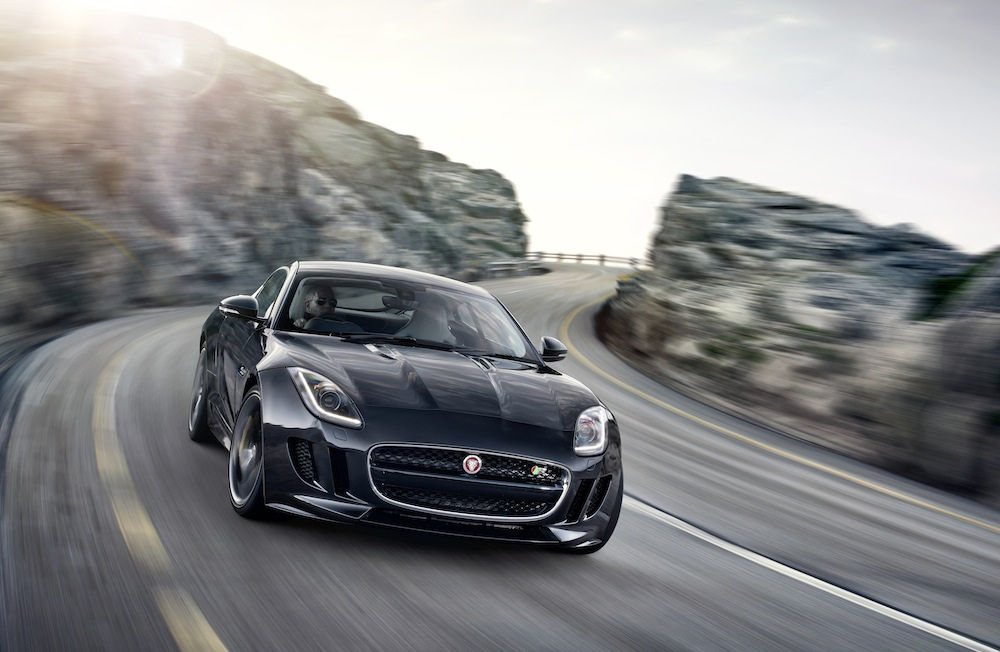 If you don’t do anything else today, just go to Park Place’s Facebook page, scroll down a bit, and check out that coachbuilt ‘62 Corvette.

Despite what the name indicates, BMCD in San Francisco has more than just British sports cars in its inventory. On the one hand, there would be nothing wrong with just specializing in Astons and Bentleys and Jaguars and Lotuses. On the other hand, the dealership just announced in September that its 2015 Lamborghini Huracán had arrived.

You know how you can tell the people at Prestige Imports enjoy their jobs? Because even on rainy days, when customers are few and far between, staff members still stop to take photos of the amazing cars on their lot. You’ll see this all throughout their Facebook page: Slow day at work? Here’s a Lambo. A Koenigsegg sitting between two Ferraris? Let’s get on the floor to frame this shot.

Austin, Texas’ Elite Motorsports has been selling dream cars to customers around the country for 27 years. One great feature of their Facebook page is they get photos of new owners with their cars. You know how children look on Christmas morning? That’s how an adult looks standing beside his/her new Maserati. 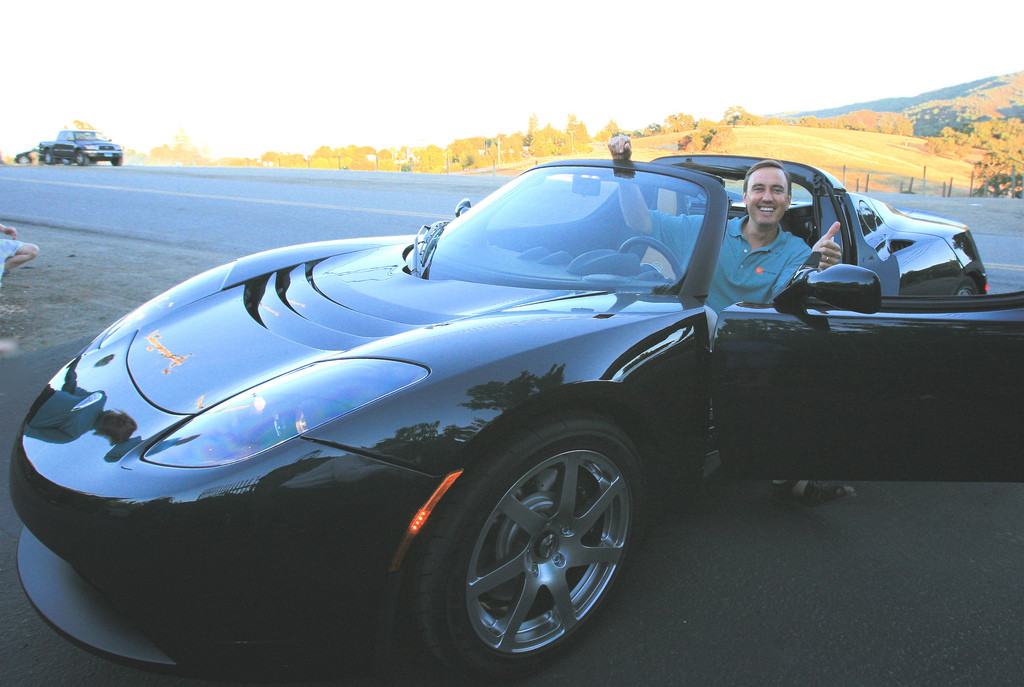 This dealership near Cleveland specializes in an eclectic collection of makes: Fisker, Lotus, Maserati, Aston Martin, Rolls-Royce and Spyker. That makes for an interesting photo of the lot or of the showroom. The team at Collection Motorsports is active on Instagram, too, in case you would rather pipe cool car photos straight into your phone that way.

RK Motors is the country’s biggest buyer, restorer and re-seller of classic automobiles. The team here is as meticulous as a jewel cutter, too, especially in the way they photograph their vehicles.

Lamborghini dealers are afforded a special kind of reverence. Most of us can only dream of what it’s like to work with Aventadors and Gallardos all day. And with the recent release of the Huracán models, well, there are a lot of great cars to look at on this Facebook feed.

New Orleans’ Carbine Motorcars is an independent dealership that specializes in late-model luxury rides. These guys are active all throughout the Gulf Coast region. Beyond posting photos of some of the great cars in their inventory, they also head out to big events and post photos of all the cars they find there, too.

Gulling, a New York City buyer/seller of classics and collectibles, keeps more than 100 vehicles in stock, typically, and the dealership does a good job of posting vehicles on Facebook when they go up for sale.

This dealership in The Woodlands, Texas, frames its photos against the backdrop of the very picturesque surrounding community. The combination of a supercar and a nice neighborhood underscores the dealership’s name: It makes you crave that kind of luxury.

This Arizona dealership might have the best photos on this list. Two concessions to that comment: One, some of those photos are straight from Ferrari itself, and two, it’s hard to take a bad photo of a Ferrari.

Not many businesses can get away with a name as cryptic as this Miami dealership’s. But The Collection happens to sell a lot of luxury cars, and it has Dwyane Wade as a spokesman. With those credentials, you can call your business pretty much anything you want.

We’re cheating a little on this last entry. Gotham is not actually a dealership; it’s a nationwide rental company for anyone who needs an ultra-exotic ride for just a little while. That means instead of paying full price for, say, a Ferrari 458, you can scoop one up for a day through Gotham for a fraction of the price. (Please note: A fraction of a 458’s price tag is still a four-figure sum.) All in all, great idea, fun company, and killer photography.