A Brief Beginner’s Guide to Off-Roading in Colorado 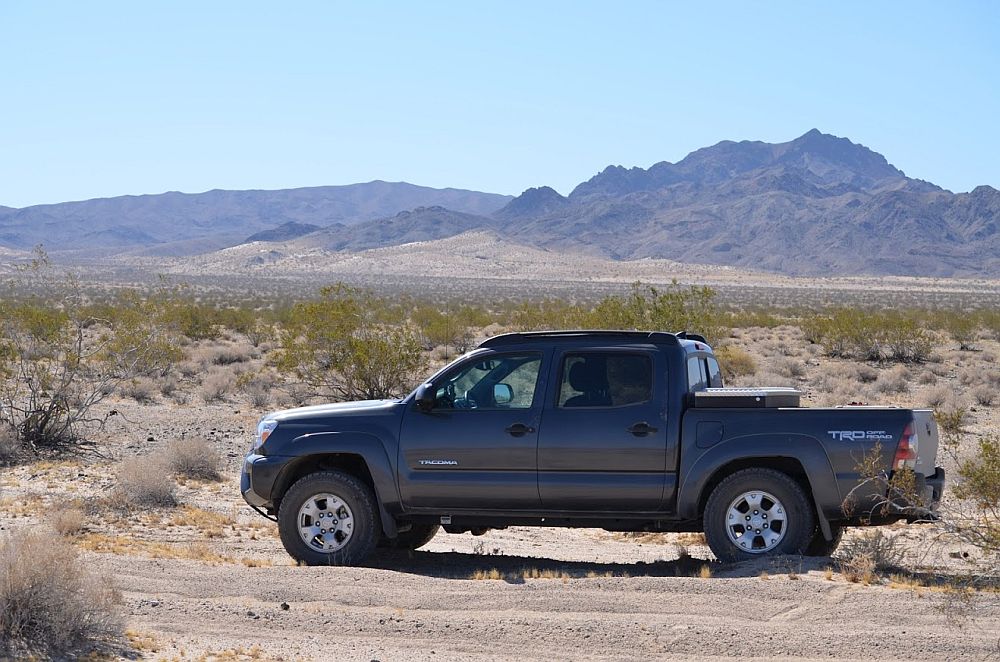 Colorado is a dream state for off-roaders, with some of the best backcountry, four-wheel-drive roads and trails in the nation. There is a lot of overlap between off-road enthusiasts and mechanics. So, being located in Boulder, Colorado is one of the reasons we are able to staff our auto repair shop with some very talented techs.

Off-roaders are from every walk of life, but there are two major groups: Those who go off-roading in their beat-up 4Runners, and those who take guided 4×4 Jeep tours, possibly ending with a glass of Chablis at sunset on the trail.

Both groups, however, are adventurers and see the journey itself — not the destination — as the reason they do what they do.

We spoke to Eric Olsen, who has been off-roading for more than a decade. He says he likes to practice with the dudes on day trips, and then goes overlanding by himself, trips which usually run several days.

Olsen said his first step to planning a trip is to “book everything ahead of time and plan each day accordingly.” With a destination in mind, he works out a route that lets him sleep in a motel every night and not have to drive after dark.

Sometimes, of course, even the best laid plans go south.

“I only was off-road at night solo once, and it was because I ran into a gate to private land that wasn’t indicated on any map, then got really lost trying to double back. Still was able to make it to my hotel around 1:00 AM.”

As a “frequent violator of the first rule of off-roading (which is to never go solo),” Olsen keeps a few things in mind:

• Make sure you have a properly maintained rig.
• Be careful and don’t break the vehicle.
• Be prepared to turn around and take a route you know you can handle.
• Carry extra fuel, clothing, water and food for a few days.
• Bring two spare tires. I used to run around with a tire repair kit, but after having had to use it once on a two-flat day, I stopped bringing it. Hard to use. Prefer the weight penalty of the extra spare.
• Carry self-recovery gear. I now have a winch installed in the front bumper and carry four recovery ramps, a farm jack with accessories, a shovel, axe, and various straps and shackles and a snatch block.
• I carry a 12-volt jump starter just in case I somehow kill the battery through sheer stupidity.

In other words: “Bring it so you don’t need it is my rule.”

He adds: “If something really bad happens or you are running late, make sure you can communicate with the outside world. A two-way satellite communicator transmits a position every 10 minutes, so someone who cares about your status can compare your location on an interactive map with what they know of your itinerary. You can also send and receive email via satellite, so they can help you get local help if necessary. And, if it all really hits the fan, there is the SOS button.”

And one last thing. The cardinal rule of off-roading: “As slow as possible, as fast as necessary.” Think about it. 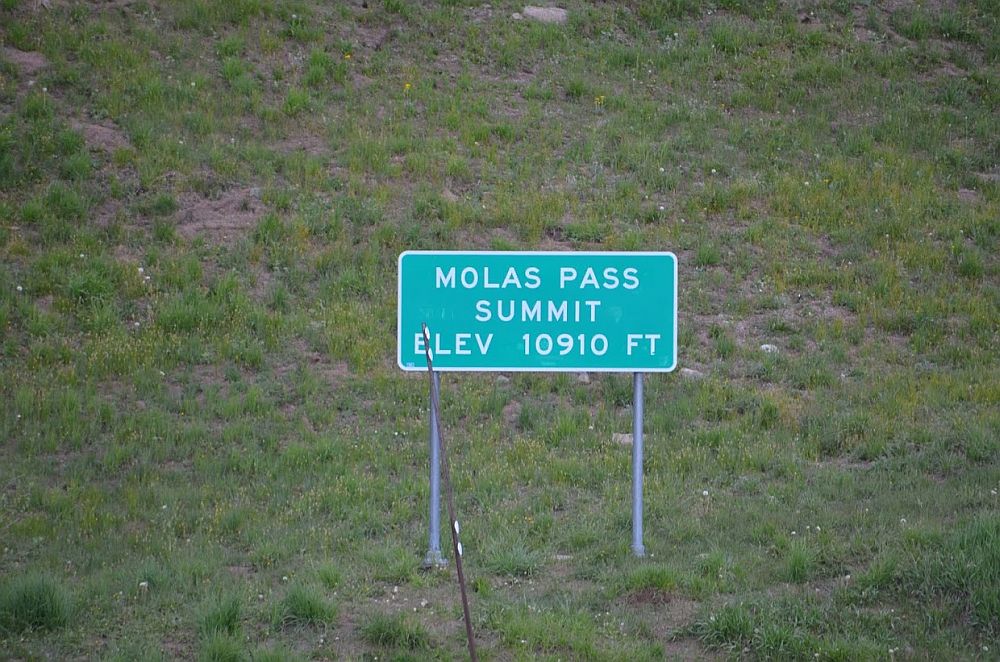 Planning and Getting Familiar With the Sport

If you’re new to off-roading, you’ve got a steep learning curve to conquer. As you can see from Olsen’s descriptions above, there’s a vocabulary replete with words and phrases such as “diff lock” and “rock massage.” You’ll also need to match your wheeling skills with the terrain you’re about to tackle. Sand dunes, for example, are more difficult than gravel or dirt trails.

Here are four particularly helpful resources for the planning stages of your off-roading adventure:

An Introduction to Off-Roading, The Art of Manliness

After being invited to go on his first off-road adventure, Chris takes “a brief look at some of the places you might find yourself when you decide to leave the pavement behind.” He’s got helpful road vocabulary, on-the-trail essentials and tips on how to best tackle specific terrains.

Although this site hasn’t been updated since 2002, the information about off-road trips and 4WD roads for beginners is pretty much evergreen. It includes advice on when to go (high-altitude passes may not be open until August) and reasons to respect No Trespassing signs on abandoned mining sites (vertical shafts, flooded mines, poisonous gases).

Videos at TreadLightly’s education page provide some basics, like how to rock crawl and what to do if you run into mud. Most of the how-to videos are just a minute long, but you’ll get solid tips.

Evaluating the Off-Road Worthiness of Your Vehicle

David Tracy at Jalopnik says there are “14 basic off-road vehicle attributes that can be the difference between getting stuck in the woods and having a successful excursion.” He explains the intricacies of ground clearance and gearing as well as why it matters that you’ve got a high mounted air intake, all of which go to what makes a vehicle a great off-roader.

FourWheeler magazine just gave the Jeep Cherokee Trailhawk its 2015 Four Wheeler of the Year award. Everything was looked at, from the five-mode terrain selection (auto, snow, sport, sand/mud or rock) to how many tow hooks there are (and how easy they were to operate) to the two-speed drive system, which helps maintain speed when, for instance, you need to crawl downhill.

When asked what his dream off-road vehicle is, Olsen (who drives a 2013 Toyota Tacoma Double-Cab TRD Off-Road “with a few upgrades”) responded quickly: “The Brute.”

Looks like he’s he’s in good company: Nathan Adlen at The Fast Lane Car says the Brute may be the ultimate off-road pickup truck and that, to him, “the idea of a fire-breathing, 6.4-liter HEMI in a beefed up pickup/expedition vehicle like the Brute Double Cab is highly appealing.”

His only question? “Now, where do I go to sell vital organs?” 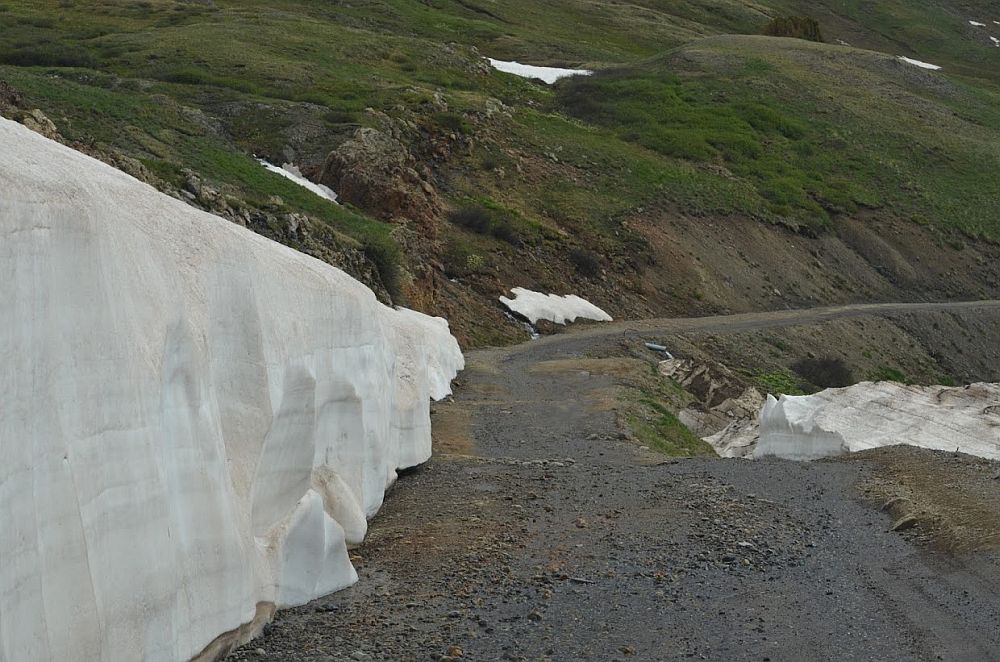 Before you go off trying to tackle the Imogene Pass in the San Juan Mountains, get some day trips under your belt with a group of experienced off-roaders. Joining an online club or forum is an easy way to meet up with wheelers in your area and plan group excursions.

Many off-roading groups are organized by vehicle make. The one Olsen belongs to, Tacoma World, is for Tacoma owners and enthusiasts, and includes separate forums for Toyota Tundra and Toyota 4Runner.

The Rising Sun is a club in Denver for Toyota 4×4 owners. They say that they welcome all Toyota 4×4 owners, “whether you have a vintage FJ40, a beat-up 4Runner, a right-hand-drive 70 series from Australia, or a brand new Tacoma that you just drove off the lot.”

Others are organized by a common lifestyle or belief. For instance, the Colorado Springs Christian 4 Wheelers “exists as a club to allow for wonderful times together in off-road activities with fellow believers.”

Similarly, the 4-Players of Colorado is a group for LGBT wheelers who enjoy “traveling back roads and off-road trails responsibly in four-wheel drive vehicles.” The not-for-profit organization also raises funds for local organizations benefiting the Colorado LGBT community.

Another easy way to find off-roaders in your area is to go to Off-Road Vehicle Meetups and plug in your in your zip code.

There are directories, as well, including:

The purpose of the Mile-Hi Jeep Club of Colorado is not just to bring together adventure-loving people in their 4x4s. They also work to protect the land they use when off-roading and also help out (on a voluntary basis) in search and rescue missions.

This is a family-oriented club in Colorado Springs. Its members include “dedicated four-wheelers interested in the promotion of 4×4 recreation, conservation of our natural resources, and community involvement.” Bighorn 4×4 members adhere to a “tread lightly” belief, which means members promote the responsible use of public and private lands.

This group gets together for day trips, two- or three-day campouts, the occasional week-long trip, and general meetups.

Another club that does more than bring people and clubs together to go off-roading in Colorado, COA4WDCI participates in public events that inform the general public about responsible OHV recreation.

This 4-wheel-drive club is based out of Colorado Springs and has regular trips throughout the state. All makes of Jeep, Toyota, Rovers are welcome, and trips range from easy, scenic drives to hard rock crawling. 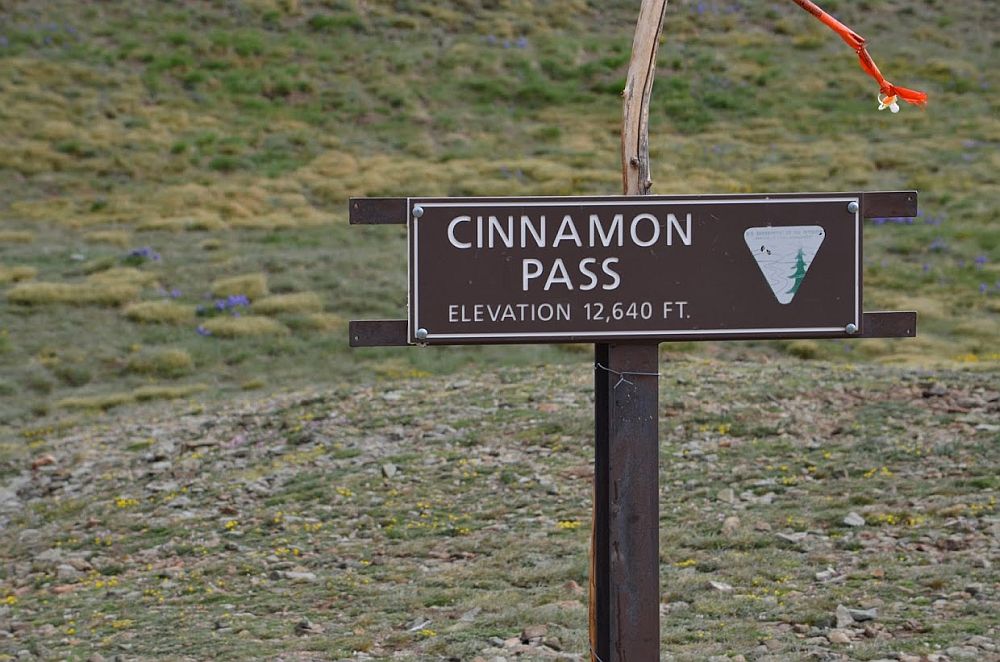 If you’re not quite ready for the open off-road, there are OHV facilities such as the one 50 miles east of Denver called CORE (Colorado Off Road Extreme), which is an 800-acre road park for off-roading enthusiasts to play. From trucks, SUVs, Jeeps and other types of four-wheel drive vehicles to ATVs, hill climb cars and desert cars, everyone’s welcome (including mudders).

Of course, there are literally thousands of miles of off-road trails in Colorado to choose from. They’re all open to off-highway vehicles and 4x4s, with Lizard Head Pass and Grand Mesa Trails being the top two in a recent Visit Colorado list. 4wheelonline’s Tim Snyde also writes that Engineer Pass is considered “one of the most breathtaking” trails in America.

Trails.com is a great resource to use when planning your route. You can see the off-road trails on a map, nearby motels, and reviews from other wheelers (some of which may simply be a warning that a previously open trail is now gated, locked and closed). There is specific information about the off-highway drive you may be contemplating, including level of skill required, the length of the trail and expected duration of the trip.

EveryTrail is a similar site, with user-generated travel advice and informative full-length guides that you can buy for a specific destination. There’s a synopsis given of each location as well as a topographical map. If you look up the Imogene Pass, for instance, that runs between Telluride and Ouray, it is described as follows:

“Moderate. Do not take this trip lightly. The road is rocky, steep and narrow in places and passing can be dangerous. Stock SUVs should have low-range gearing, 4-wheel drive, high clearance and skid plates. Experienced drivers only.”

At Find Off Road Trails, you can search by public use or private parks and tracks.

Olsen told us he likes to download his maps straight from the source: the U.S. Geological Survey. He’s got quite a collection of topo maps, which he admits aren’t cheap, but are worth it.

If you just haven’t found the perfect trip yet, here are a few more sources to consider: 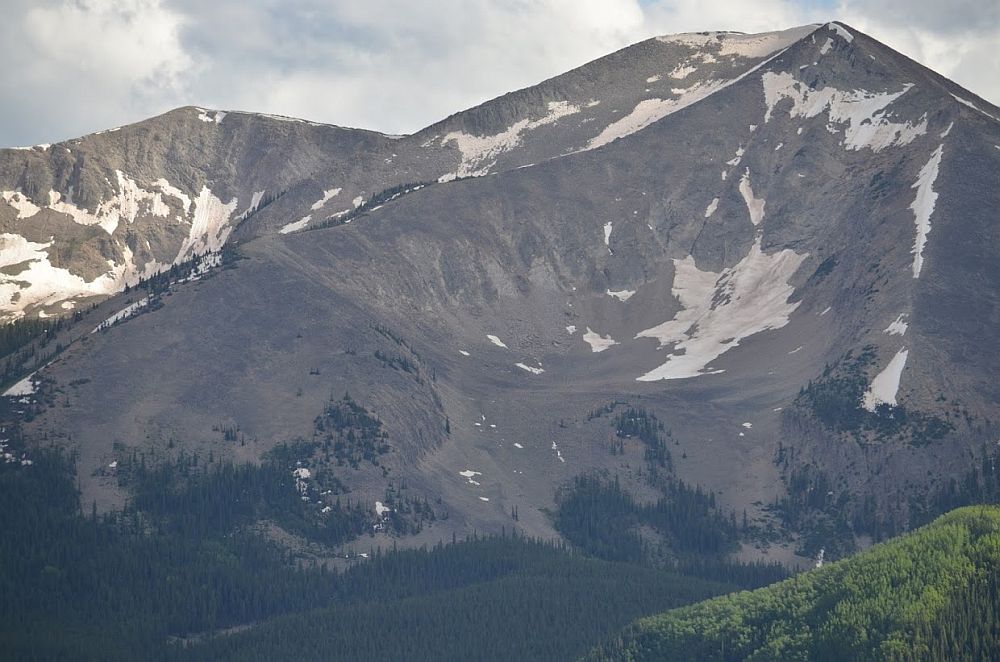 Be Good Out There

TreadLightly is a group that promotes responsible outdoor recreation, educating the public about outdoor ethics and good stewardship. For example, its Ride On campaign urges wheelers to ride or drive “motorized vehicles only on routes or in areas designated as open to motor vehicle use.”

In TreadLightly’s signature initiative, Restoration for Recreation, volunteers have helped restore the infrastructure (bridges, signages) of trails, improve the trail maps, and restore damaged areas on or around the trail itself.

The United Four Wheel Drive Associations (UFWDA) is an international organization made up of off-road enthusiasts. Their goal is to influence national legislators on issues that would negatively impact 4×4 wheelers, such as denying access to areas where the sport is currently enjoyed. The Colorado voice for motorized recreation is CHOVCO, the Colorado Off-Highway Vehicle Coalition.

Like most off-roaders, Olsen takes the TreadLightly practices to heart, saying: “Hate seeing litter and unsanctioned trails out there — just gives the anti-access groups ammo to ban motorized travel.”

Be careful, have fun, and be good out there.