Imagine you are running late for work: Traffic was jammed at every intersection you passed, and you absolutely, positively have to be on time today. As you approach the office, you see a metered parallel parking spot on the other side of the road, but an M3 is coming right at you and probably has an eye on your parking spot.

No time to play nice. You stomp on the accelerator, pull your e-brake and cut hard left into the oncoming lane, spinning out into a beautiful J-turn. The spot fits like a $200 Italian deerskin glove, leaving exactly 5 inches of room at the front and back bumpers, and leaving the guy in the M3 dumbstruck that you Steve McQueen’d him out of a parking spot.

OK, so maybe a weekend of stunt driving isn’t going to prepare you to pull those kinds of moves on the road, but it will at least let you play that fantasy out in a real car on a real track. That feeling of overwhelming satisfaction is still the same.

Below are 12 stunt driving schools around the world where you can spend an afternoon, a weekend, or even a few weeks learning precision driving, e-brake turns and 360s. Some of the courses are intended to be instruction for aspiring professionals; others are simply intended to be a really fun weekend of driving.

(Note that our list covers driving schools in Canada, Australia and New Zealand, among other countries. Prices listed will be in the country’s denomination.)

As you can see in the video above, Rick Seaman is the guy who taught Aaron Paul how to drive like a real action start in Need For Speed.

Rick has been teaching actors how to do their own stunts for more than 40 years, and he bills his Super Level I program as “the most extensive three-day stunt training experience in the world today.”

If you are interested in learning stunt driving yourself, Rick’s school is at the Willow Springs Raceway in Rosamond, California. Tuition starts at $2,875 for the three-day program. He has since also launched a program on the East Coast, which you can find here.

Bobby Ore’s school is intended for military and law enforcement professionals as well as stunt drivers. And his two- and three-day courses are intense.

“It’s only the second day of my stunt-driving school and every bone in my body, every muscle, is screaming in agony,” writes Nika, a regional racecar driver who blogs at RacerChicks.com

Ore’s courses have two levels: The first level is a two-day program ($1650) or a three-day program ($2500) that covers the basics of stunt driving. If you want to go further, the second level is a flat $2000 where you will practice really sweet skills such as drifting through an intersection and creating cinematic chase scenes.

For anyone in the UK or continental Europe, Paul Swift’s Ultimate Stunt Experience throughout England would be more accessible than Southern California. In the video above, Telegraph reporter Iain Gray tries his own hand at stunt driving at Swift’s school.

Swift’s program is noticeably less intensive than other driving schools and is more intended just to be a whole lot of fun. That said, for 249 GBP, you’ll get professional instructions in pulling e-brake turns, 360s and huge drifts.

The ISS’s utility stunt course is an intensive, three-week program that covers all the major skills a professional stunt person needs to know. Included in this is precision driving, but the 150 hours of training also covers wire work and unarmed combat, among many other skills.

This program is primarily intended for anyone who seeks a career as a professional stunt person. The price is $4,000, and the course is held during the summer at the University of Washington’s campus in Seattle. 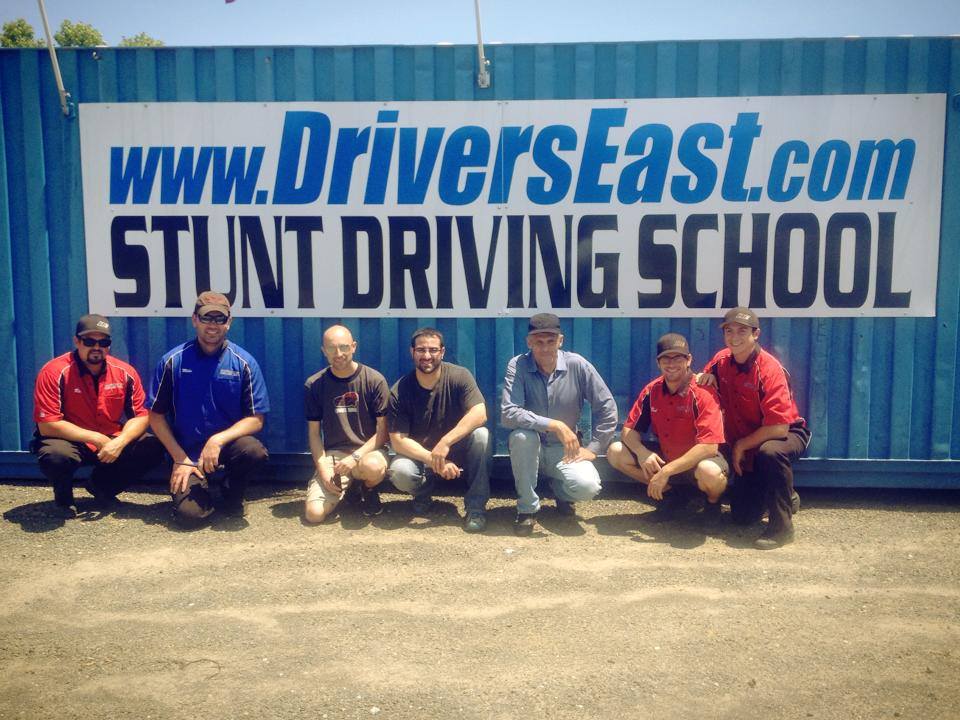 Drivers East organized the first stunt driving school in the Northeast, in Englishtown, New Jersey. Their two-day course for Level 1 students costs $2,175, and there is a cap of just four students per course. That means you will receive engaging, hands-on instruction while you learn how to drift into a lane change or fish tail like a pro.

There are also group and corporate classes available, which means if you can convince your boss that doing stunts for a weekend would be a valuable team-building exercise, Mike Burke and Roy Farfel at Drivers East have you covered. 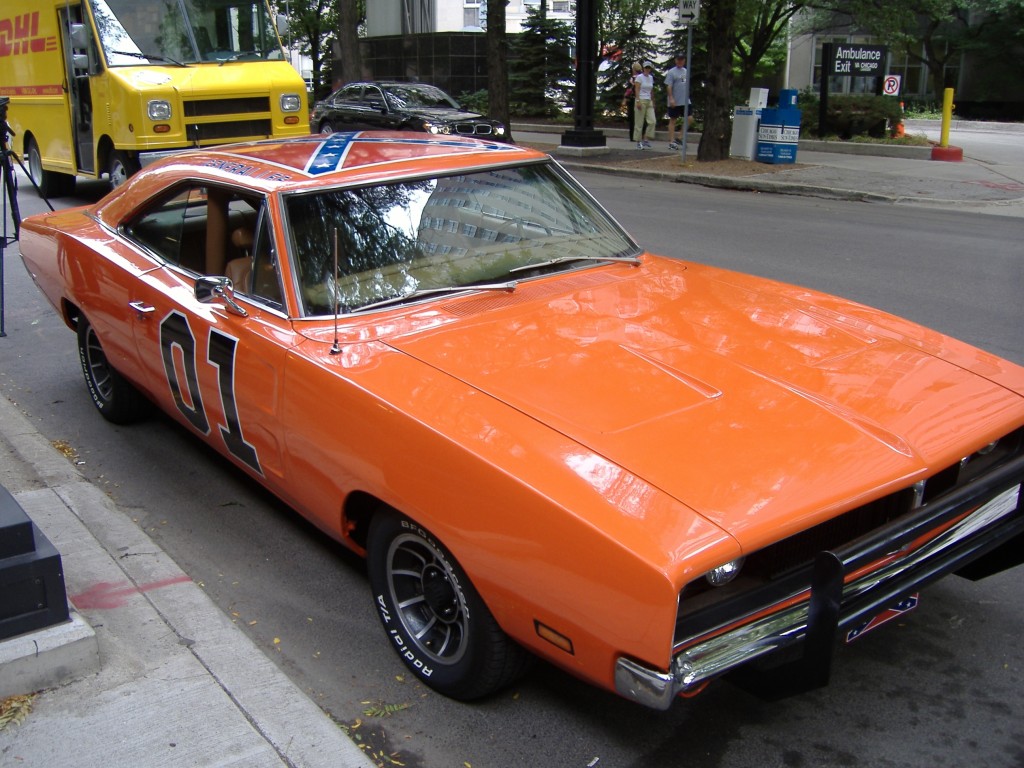 Professional stuntman Gary Baxley helped do the stunts on the original “Dukes of Hazzard” series plus a couple of Schwarzenegger classics like Predator and Total Recall. This is all just a long way of explaining that he’s super-qualified to teach you the art of stunt driving.

His school in Vancouver offers a number of stunt courses in addition to the stunt driving course, including free falls, fighting scenes and fire training.

The driving program consists of two levels, a basic and an advanced course. No information is available on the site regarding scheduling or pricing, so if you are in British Columbia and are interested, get in touch with the school here.

Readers Down Under, there’s no need to fly to North America for stunt driving training; there is a school with locations near Melbourne (Sandown Raceway) and Adelaide (Tailem Bend Motorsports Park). And the schools use a fleet of Minis, which gives the whole course a Thomas Crown Affair feel.

And if you are in, say, Singapore or Malaysia, the instructors in Australia are happy to come to you to teach precision driving courses.

Grady Allen Bishop, a stunt coordinator who has worked on films such as 2 Fast 2 Furious, set up a stunt company in Florida that offers a two-day film driving clinic among its various other services. “Whether you are an actor who is building a resume, a filmmaker interested in learning how to work with camera insert cars, or a professional driver looking to brush up on some skills, this clinic is right for you,” Bishop’s site reads.

The clinic is held around the Orlando area, with day one in Kissimmee and day two in New Smyrna. And the prices are pretty competitive: $1,000 for the course if you bring your own car (they recommend renting a car).

Wings & Slicks in Toronto has a half-day stunt driving school that’s considerably less time-intensive and expensive (the full experience costs CA$699) than other programs. In those four hours, you will still receive lessons in slalom course runs, handbrake turns and reverse 180s. Also, if a friend wants to just ride along on the stunts for the afternoon, a passenger program only costs CA$99.

Peter Bell, a 30-year stunt veteran, teaches three short courses in Auckland, New Zealand, on precision and stunt driving. The Level 1 course is just an hour and a half, but in that time you’ll get airborne, jumping 2 meters in the air fully over another car.

The Level 3 course is the most intensive, clocking in at 3.5 hours, and it also features something called “the moose avoidance technique.” Prices range from NZ$200-360 per person, depending on the program you choose.

Stunt Drive UK, in Gloucester, England, focuses on the sheer fun and adrenaline rush of stunt driving, tailoring its courses to bachelor parties and group experiences. Its most comprehensive course (price: 199 GBP) shows you how to pull e-brake turns, donuts, J-turns and how to get a Mini Cooper up on two wheels.

The European Stunt School, located near Copenhagen, offers instruction and courses in a number of stunts. Still, it’s the precision driving course that year after year is the most popular. The annual three-day workshop (1200 EUR) teaches students how to slide into parallel spots, do precision drifts, and create whole action chase scenes with cameras and all.

Anyone interested in going to Europe to study stunt driving might be interested in this post. It includes info about making a living while traveling abroad, including the easiest cities to be a digital nomad.