Subaru Repair: How to Change Your Water Pump 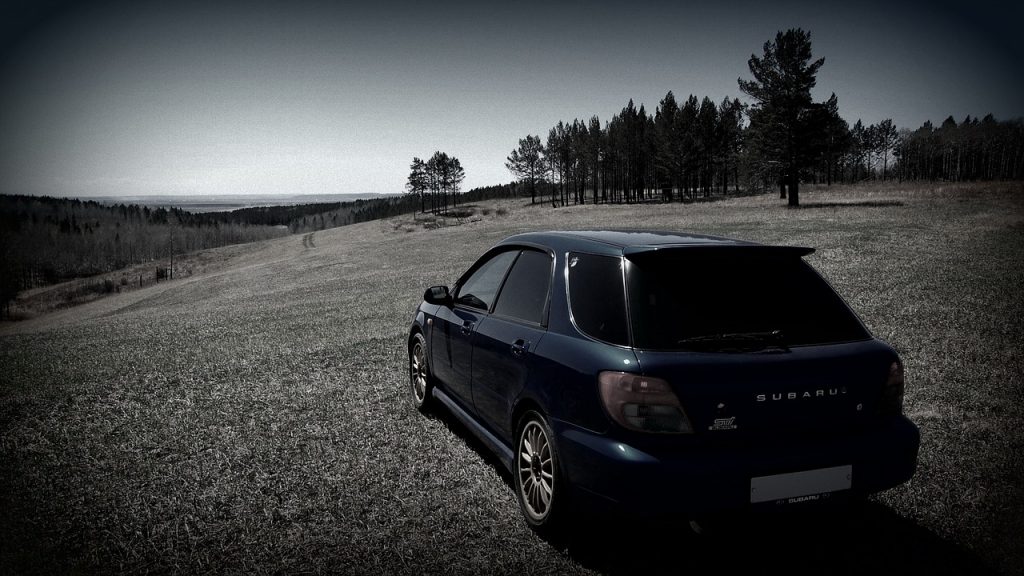 To control internal temperature, the engine of a Subaru car utilizes coolant, pressurizing and pumping it within a water channel and radiator setup. Most automobiles have a block and head design. The Subaru, on the other hand, cycles coolant through the engine via water jacks surrounding a primary crankcase. The main pump is positioned at the front of the motor.

For this Subaru repair, you should need about 2 hours. Here are the steps to replace your water pump:

Step 1 – Before proceeding make sure the engine is completely cool (hasn’t run for four hours or more). Gather a socket set, pliers, screwdrivers, a drain pan, and coolant.

Step 2 – Unhook the lower radiator hose so that the coolant can flow out into the drain pan. To release the hose, squeeze together the pinch/crimp hose clamp arms or unscrew the clamps.

Step 3 – Disconnect the upper hose from the radiator. Also unscrew the bolts that stabilize it. Now pull it out of your Subaru by sliding it in the direction of the motor’s top. Remove the radiator with the fans attached.

Step 4 – Release the tension from the air conditioner belt tensioner pulley. Repeat the same for the alternator & power steering drive belt. You can then remove them from the car by pulling them in the direction of the motor’s front.

Step 6 – You will see the water pump bolted into place at the lower left of the engine. Use counterclockwise turning on the five or six bolts to disconnect the pump. Pull it in the direction of the car’s front. You may see a little leftover coolant drip out as you move it; if so, wipe it away. Finally (for removal), check the mount location of the pump to see if its rubber gasket is stuck there; if so, remove it and make sure both surfaces are completely clean of any debris.

Step 7 – Put the gasket into the new water pump and place it back at the center of the engine. Turn the bolts clockwise to stabilize its position. You should have a strong seal between the motor and the pump. The bolts should be firmly in position.

Step 10 – Test drive then turn off engine and let cool down and check for leaks. It’s best to use pressure test the coolant system to see if there are any leaks.

Note: Properly gather and dispose of your coolant to safeguard the local Boulder environment.

Your Subaru repair is complete. You should now have a new water pump in your car, and your car’s system should be ready to go.

Now that you are complete with the replacement of your water pump, we can review some recent news stories that may be of interest to you as a Subaru owner:

A study was created to lower the number of reverse low-speed crashes by analyzing rear crash prevention systems in various vehicles. The research, released on Tuesday, February 20, used a classification system that placed rear safety systems within three categories: basic, advanced, and superior. Six cars were assessed, each of them from a different automaker, all 2017 models with strong sales. The results were as follows:

Various technologies are incorporated into rear crash prevention systems. When a vehicle with one of these systems installed is backing up and gets near another car, sensors either cause the seat to vibrate or caution beeps to sound. Cross-traffic warnings let the driver know about cars approaching from either side as they move backward. Automatic emergency braking systems sense when an object is too close, causing the car to brake if the driver does not do so first (in response to the warning beeps).

The program for assessment of these safety systems was created by the Insurance Institute for Highway Safety (IIHS), a nonprofit, independent research and informational body that is committed to minimizing fatalities, bodily harm, and property damage that results from car collisions. To be clear, this test looked specifically at damage-prevention without taking into account injury-prevention.

To get a rating of “superior” from the IIHS, a car must have rear autobraking that fares well in numerous test runs at 4 mph – either completely stopping impact or getting the speed down to 1 mph or less (i.e. impact but without damage).

The Cadillac, like the Subaru, received this high rating with all three of the above optional systems – rear cross-traffic alert, parking sensors, and rear autobrake –implemented. The Toyota, Jeep BMW, and Infiniti have those same three systems optionally available; however, when the IIHS tested those cars, they did not respond as well as the Subaru and Cadillac did.

The IIHS performed previous research that determined there are 78% fewer accidents, according to the number of police reports, when rear autobrake, parking sensors, and a rearview camera are in place.

The nonprofit noted that the most critical feature is rear autobrake, since its studies suggest it is most effective in crash-prevention. However, the organization has also found that there are fewer collisions when parking sensors and rear cross-traffic alerts are present, as indicated by insurer and police reports, respectively.

A 1996 decision that fueled Subaru’s US success

Subaru of America, the New Jersey-based US wing of the Japanese carmaker, has seen its sales figures rise for ten years in a row. The numbers have not always been positive in the United States, though. A 1996 decision was central to the success Subaru is seeing today.

In fact, the early days here were challenging for Subaru, to say the least – particularly when Consumer Reports called the Subaru 360 “the most unsafe car on the market.”

Harvey Lamm, cofounder of the automaker, decided to build the brand in places where Consumer Reports did not have many subscribers: rural areas of western Pennsylvania, New Hampshire, Washington state, Minnesota, and Vermont. In these sparsely populated areas, Ford Broncos, Jeeps, and pickups were the only four-wheel-drive vehicles available. Subaru entered the fray.

The key moment for the carmaker, though, came two decades later, in 1996. Then, the parent company of Subaru, Fuji Heavy Industries, decided to build in Symmetrical All-Wheel Drive as a standard feature on almost all of its models.

The decision to transition to cars that were only available as AWD was an important differentiating move; after all, Japanese automobiles were known for being front-wheel-drive cars centered on fuel-efficiency. The carmaker created a niche for itself by including 4WD as part of the basic notion of what a Subaru is.

Now, the strongest car segment in the United States is pickups, SUVs, and CUVs. Subaru is in the best possible position, thanks in large part to a strategic 1996 decision.

With strong safety ratings and the ability to take on any snow or terrain, Subaru cars are popular here in Boulder. Despite their durability, sometimes repairs and routine maintenance are needed. When your Subaru must be fixed, you need an honest mechanic. At Independent Motors, 90% of the work we do is repeat business. See our Subaru repair philosophy.