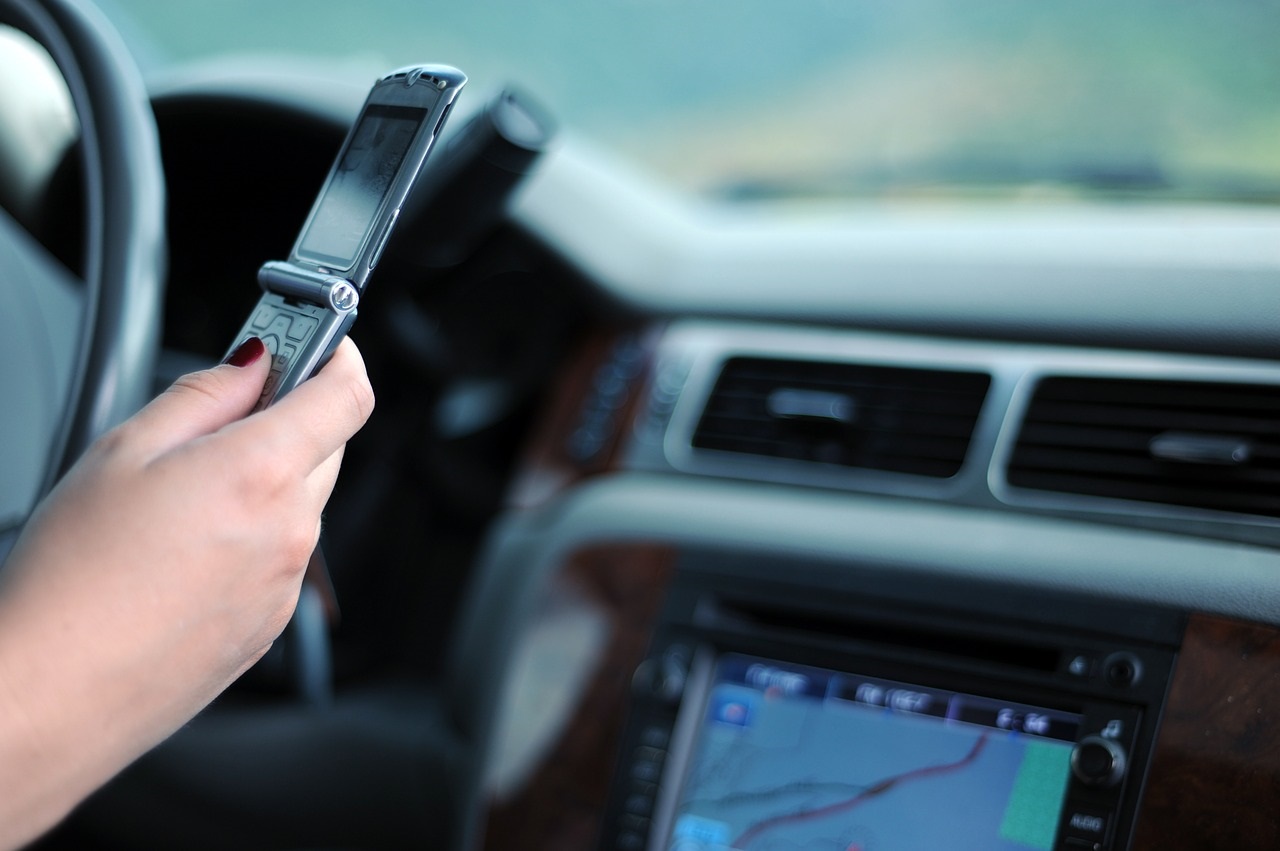 Most of us have our phones within arm’s reach while driving, and more than a few of us irresponsibly sent texts from behind the wheel.

This nasty habit is most prevalent among teenagers, but some adults, too, can’t resist the urge to check their while driving. Most states have regulations that penalize texting and driving, but unfortunately the law doesn’t stop some people. Huffington Post editor Erin Schumaker reported in June 2015 that nearly half of adults admit to using their phones while on the road.

Texting, chatting and doing anything else besides focusing on what’s in front of you while behind the wheel is called distracted driving, and it kills nine people every day in the United States.

More teens and adults need to understand the dangers and dire consequences of distracted driving, and there are several groups working tirelessly to spread that message. Below are 23 such organizations and other resources that we hope will prove educational and sobering.

AT&T itself has helped drive these conversations with its It Can Wait campaign, which has seen more than 7 million people take the campaign’s pledge to drive more safely. The company also launched its DriveMode app, which keeps all phone calls and texts quiet while you are driving. The app turns on automatically when it detects that the user is moving faster than 15 MPH and turns off shortly after it detects that the user has stopped.

“TxtResponsibly.org has a mission: to raise awareness of the dangers of texting while driving and to prevent harmful injury or death caused by the act of texting recklessly,” the organization writes. The site features plenty of helpful resources such as printouts that you can distribute around your neighborhood, statistics and other useful information, and one particularly touching section where people have shared their own stories about loved ones who have died needlessly while on their phones.

Take safety one step further with StreetSafe, a nonprofit that offers its StreetSafe Lifesaving Driving Experience, which can “teach young, inexperienced drivers — our most at-risk youth — to become safer and more responsible on the road by offering hands-on driving exercises, discussion sessions, and promoting parental involvement.”

Since 2006, teenagers throughout North Carolina have been able to sharpen their driving with trained instructors to prevent crashes and other accidents. StreetSafe also hosts school presentations, alcohol education courses, sponsorships and a traffic court driving program. 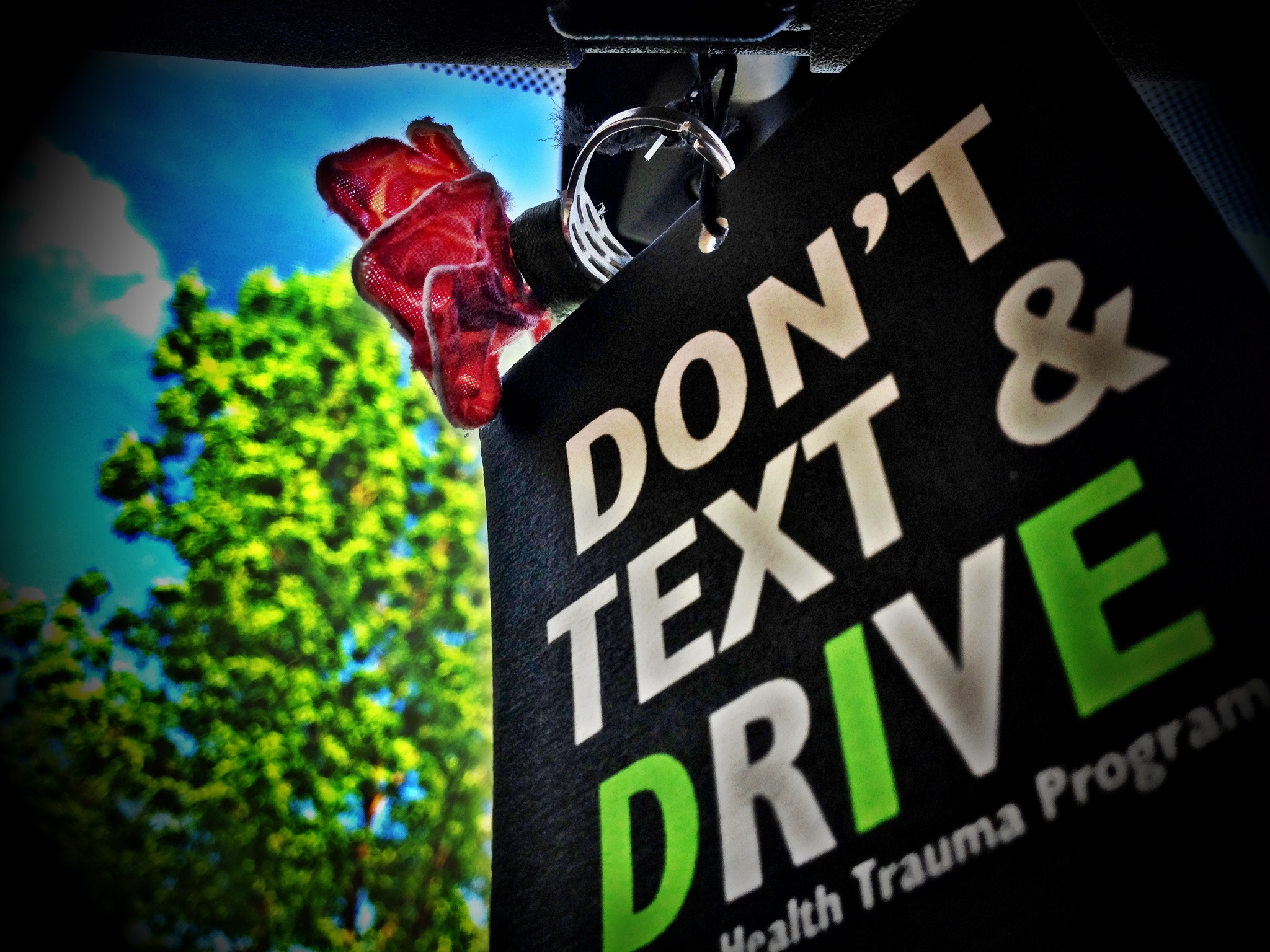 These parties are ideal to confide in if you know someone who has been injured or died while using their phone and driving. Besides offering an online spot for victims’ families to post memorials, you can also find other nonprofits by state and attend events near you. These are mostly educational presentations and media briefings, and if you miss them you can always check out past event videos on StopDistractions.org’s website.

Besides its yearly “Chalk 1 Up For Safety” contest to get people talking about distracted driving, the Safe America Foundation offers teen driving courses in Georgia schools. “Each student will attend 30 hours of classroom training, which includes the state-required Alcohol and Drug Awareness (ADAP) training. Students will also complete either 6 hours or 10 hours of private, individual behind-the-wheel training with a licensed driver training instructor,” the site explains. This nonprofit group also trains teens on defensive driving.

Adults aren’t leading all of the organizations that pledge to put an end to texting and driving. There’s also Teens Against Distracted Driving, or TADD, in Washington.

Personal injury attorney Jason Epstein works with high schoolers around Seattle who are passionate about the cause and have helped put together memorials dedicated to those who lost their lives while texting and driving. Students can also start their own fundraisers by selling TADD bracelets.

Stay Alive…Just Drive reminds drivers of all ages that texting and driving affects everyone on the road. Executive Director Jay Anderson is a veteran of the Army and also works as a traffic safety professional, lending his expertise to help SAJD track distracted-driving data, develop hands-on training programs, and simply get the word out. You can choose to donate to SAJD or join the group as a member or a sponsor.

250,000 motorists of various ages have joined the End Distracted Driving‘s Awareness Initiative, which includes Canada and 41 US states. You can use the site to brush up on some facts with state law data and research, or register for a school or workplace presentation. You can even be a speaker if you know of someone who was a victim of distracted driving; share their story on EndDD’s site if you prefer.

UNITE’s Arrive Alive Tour benefits students across the nation. When UNITE’s team visits a school, they advise students on the risks of drunken driving and the risks of distracted driving. There’s also a driving simulator that lets teens learn firsthand what it feels like to crash because of phone distractions.

Texting and Driving Safety is a family-operated organization that has been communicating the dangers of distracted driving since 2010. “Our family mission is to get 1,000,000 drivers to commit to being text free while behind the wheel and, in doing so, make the roads safer for all of us,” the group writes on its site.

Students and other interested parties can check out Texting and Driving Safety’s blog, look up statistics, review the latest driving safety news headlines, and read through the organization’s informative FAQ to learn more about the Million Pledge Mission, which you can join. 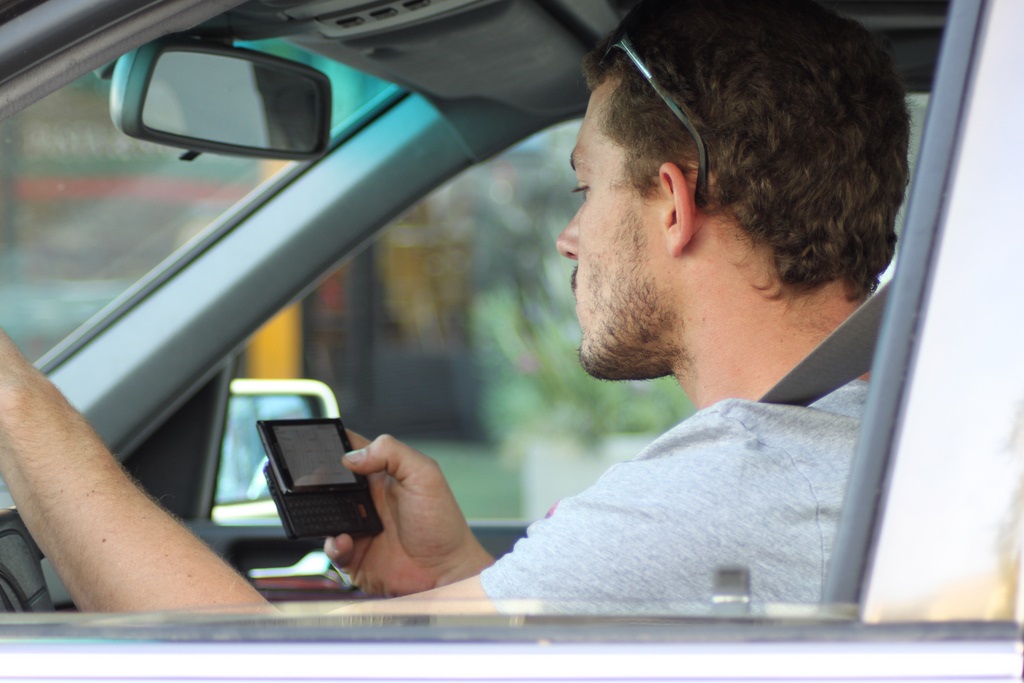 Working with the Center for Faith and Freedom, a religious nonprofit, Salt & Light Productions branched off from that group as its own ministry. The organization has gotten plenty of accolades, so it has tapped into its list of community members and others about distracted driving. “‘Don’t Text & Drive’ is a series of videos created by Salt & Light Productions to raise awareness about the dangers of texting while driving,” the site reads. “These videos can be used during one-on-one sessions, for live presentations, on your website, or anyplace you think they will help get the message out.”.

Protect the whole family with Safe Texting Campaign’s app, which is absolutely free for iPhone users. It reaches out to cell towers to generate a notification that reads “please don’t text and drive” when you’re out for a cruise. You can also join the Florida-based Safe Texting Campaign pledge to promise more considerate driving practices.

The Nikki Kellenyi Foundation created People Against Distracted Driving, or PADD. Kellenyi was a fatal victim of texting and driving, but her family continues to make sure her memory lives on in New Jersey, often hosting events at the New Jersey Motorsports Park to appeal to teenagers. Besides donations and pledges, PADD also offers victim services for suffering families and a National Student Ambassador Program that helps teach better driving techniques to all students.

After losing her son Rodney to a texting and driving accident in 2008, Diveeta Thompson decided to start Stop Texting AND Driving Distracted, or STANDD. Like a few other organizations on this list, STANDD has its own app for iOS and Android smartphones. It starts up as soon as your engine does, and as long as you’re moving more than 10 miles per hour, the free app deactivates any texts and calls that you receive, letting the caller know that you’re unavailable with an auto-message.

The Arkansas Coalition Against Texting While Driving

Students and parents who advocate for safer roads in Arkansas should look into the Arkansas Coalition Against Texting While Driving, which often hosts events and other activities to drive up engagement.

“The Coalition strives to provide educational resources and opportunities for students that encourage them to learn more about the dangers of texting while driving, as well as offer an opportunity to pledge not to do so,” the site’s statement reads.

The Traffic Safety Coalition is dedicated to all matters of road safety. Naturally, its message expands to teens and adults who may succumb to the temptations of texting and driving. The coalition works at the national level, but 27 states also have their own affiliated chapters. 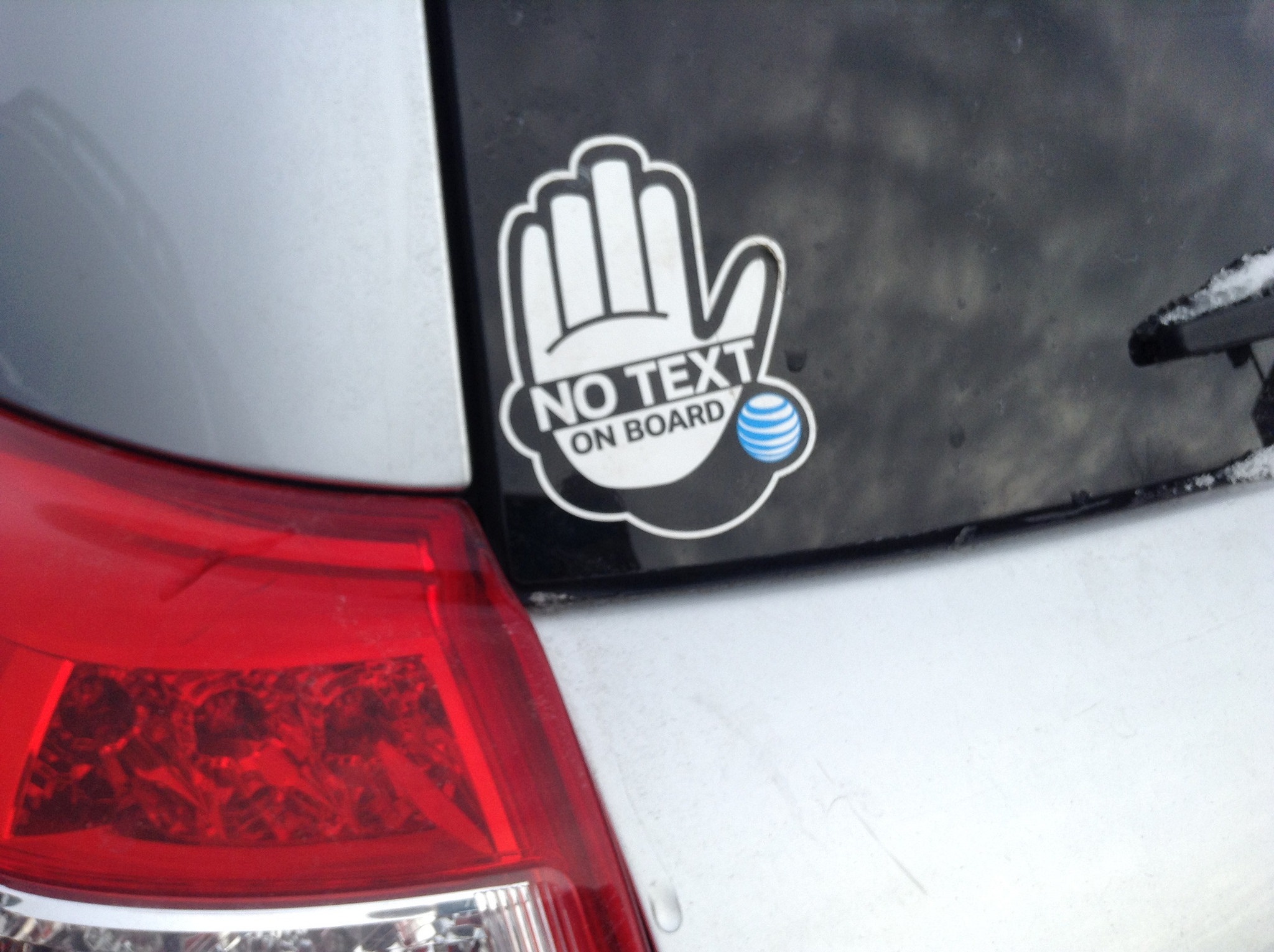 In the Tampa and Jacksonville areas of Florida, The SELF Movement promotes safe driving through the help of partners, and it holds contests through which local students can earn up to $4,000 in scholarship money.

In Texas, Power to Kids, Inc. realized the importance of informing teens about staying safe and distraction-free in the car, thus forming Finish Alive Stop Texting, or FAST. The nonprofit program actually worked with NASCAR driver Brad Keselowski, a former Sprint Cup Series winner, who raced the #19 FAST Ford to get all eyes on the organization and its message. The FAST site also has news, factoids and bullet-point bytes on distracted driving so that kids are knowledgeable.

The Texting Organization Against Distracted Driving, Inc., abbreviated to the fun TOADD, spotlights the effects of distracted driving for motorists, but also works with teen-specific issues such as including cyberbullying and sexting. You can volunteer your time, donate or become a TADPOLE by pledging better behavior.

The Research Institute and the Children’s Hospital of Philadelphia have worked together to create the excellent Teen Driver Source. You don’t necessarily have to be a high schooler to make a difference through this organization; teachers, community members, parents and researchers who support safer driving are welcome to join, too. Teens and adults can use the site to contact policymakers in Pennsylvania and beyond to make real changes to laws about cell phone use in the car.

SADD takes a multi-pronged approach to prevent a variety of destructive behaviors among teens that include drug use, drunken driving and distracted driving. SADD also has various local chapters if you would like to get involved in your own area.

As the CEO of the California Association of Highway Patrolmen or CAHP, Jon Hamm has seen a lot of car accidents involving teens and their smartphones firsthand. He created Impact Teen Drivers in 2007 to get schools in the know about why it’s best to leave cell phones out of sight while driving. “During our first two campaign years, free classroom materials (posters, DVDs, stickers, statistics, etc.) and t-shirts were sent to every public high school in California, reaching over 1 million CA high school students,” Impact Teen Drivers proudly states on its site.