Toyota Camry Repair: How to Change Your Radiator 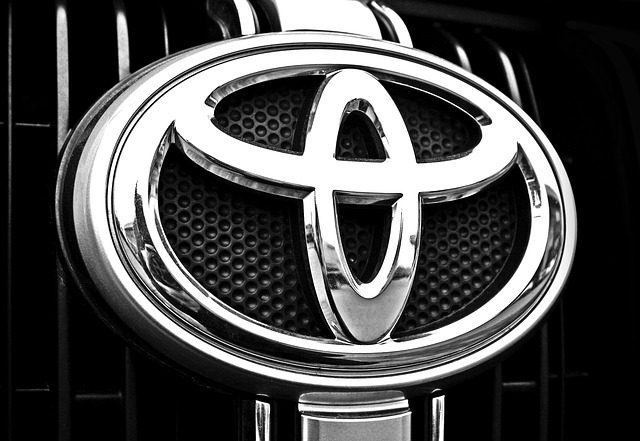 A Toyota Camry can often live to an old age and continue to be reliable. You will help the car make it farther along the rode by performing routine maintenance. One key maintenance element is to repair a radiator that is worn by corrosion or otherwise becomes damaged. When you have a Toyota Camry from 1997-2001, below are the steps to replace the radiator.

Caution: You want to make certain that engine coolant is kept safely away from your children and pets, within a resealable container. Also take care of any spills right away. It can kill a person or animal to eat antifreeze – and to make matters worse, it has a sweet taste. For the same concern related to the toxicity of the substance, you want to protect yourself when you perform this Toyota repair by putting on protective eyewear, gloves, and clothing. Finally, you could get badly burned performing this work on your Camry; stay safe by not opening your radiator cap if the antifreeze temperature is 100 °F or greater.

Step 1 – Gather these items to complete your repair:

Step 2 – Once you have your supplies ready at your side, you want to unhook the negative battery cable. At the bottom of the radiator is a drain plug. Loosen it. Now let the engine coolant flow into the resealable container. You can increase the rate at which the fluid runs by loosening the radiator cap.

Step 4 – Take out the bolts on the fan mount, along with the fan itself and the motor. Reach into the engine compartment and remove your radiator assembly. Your fan is currently connected to the old radiator. Disconnect it and attach it to the replacement radiator.

Step 5 – Now gradually, conscientiously push your replacement radiator into the engine compartment. Tighten your radiator and fan bolts and clamps.

Step 7 – Using a mixture of 1-part distilled water and 1-part engine coolant (half each), fill the radiator. Note: Pour coolant into your radiator gradually so that there are no air pockets created.

Step 8 – Go ahead and start your car. You want to actually warm up the engine so that any excess air can escape from the vehicle. Shut off the car again. Bring your coolant back up to the top.

Sustainability Tip: As long as your engine coolant is not contaminated and is relatively fresh, you can reuse it – which is the environmentally friendly way to go. “If you choose not to reuse it,” suggested It Still Runs, “take it to a garage or hazardous waste facility where it can be disposed of properly.”

To take that advice locally here in Boulder, the Boulder Hazardous Materials Management Facility (West of Boulder County Recycling Center / 1901 63rd St. / Boulder, CO 80301; 720-564-2251) accepts coolant and a litany of other household wastes for disposal, as described on the Boulder County website.

Your radiator fix should now be complete. Having finished that Toyota repair, we can now turn to a lighter subject – interesting stories in the news that might interest you as a Toyota owner. Here are a couple of notable reports:

Toyota gets 4 of top 10 for longevity

We should all be concerned about sustainability, and the choices we make related to transportation heavily impact our carbon footprints. That said, there is a strong argument for the full-sized SUV in a new study of automotive longevity. The research, conducted by used car site iSeeCars.com, found that full-size SUVs are the likeliest model to achieve 200,000 miles or more. The data used for the study is from 13.5 million used cars (1981 to 2017 model-years) that changed hands during 2017.

The Toyota Sequoia is the number-one most likely car to make it to 200,000 miles, although only a fraction make it: 6.6%. Two other full-size SUVs rounded out the top three: the Ford Expedition (at 5.4%) and Chevrolet Suburban (at 5.2%).

The reason that large SUVs last so long in comparison to other types of cars is that they are built for “truck-like durability” with a body-on-frame design, noted iSeeCars CEO Phong Ly, who added that “[t]hese vehicles can also be easier to repair than smaller SUVs, which can contribute to their longevity.”

Ly’s comments directly tie into the issue of gaz-guzzling that is so central to the SUV: body-on-frame construction is bad for fuel efficiency because of its hefty weight –significantly outdone by unibody, in which the body and chassis are basically a single component.

The road lives of these models are much better than average; among all car models, just 1.2% hit 200,000 miles, per this analysis.

Also note that the first two models that are not large SUVs are both Toyota, the Tacoma midsize pickup and the Avalon full-size sedan.

A sore point related to electric cars is that you must recharge them by hooking them up to electrical power. Even if a fast charging system is used, it will often take about an hour to get an electric vehicle (EV) completely recharged.

To address this pain-point, a battery exchange system is under development at Toyota for smaller electric vehicles, according to the Japanese site NHK. Although this system would be established just in Japan at this stage, it is still interesting in terms of the carmaker’s direction. The project would place stations throughout Japan that would allow car owners to easily exchange their batteries and stay on the road. Stations to allow for battery exchange would also be implemented at Toyota dealerships – where owners would be able to hand over a depleted battery in exchange for one that is 100% charged. This process could take just a few minutes, a similar amount of time to traditional refueling at the pump.

Toyota increasingly has more sustainable car options, but it also has some of the most well-built cars on the road – with its durability proven by how the longevity of its models compare to other brands. Part of getting that great longevity out of a car is by taking car of it, as with replacing the radiator when needed. Do you need help with your radiator or with any other Toyota repair or maintenance? At Independent Motors, we like the Toyota brand so much that many of our employees own and drive them, including our owner Bill, who has driven a Toyota Prius since 2006. See our Toyota repair philosophy.