Toyota Repair: How to Change the Door Lock Mode 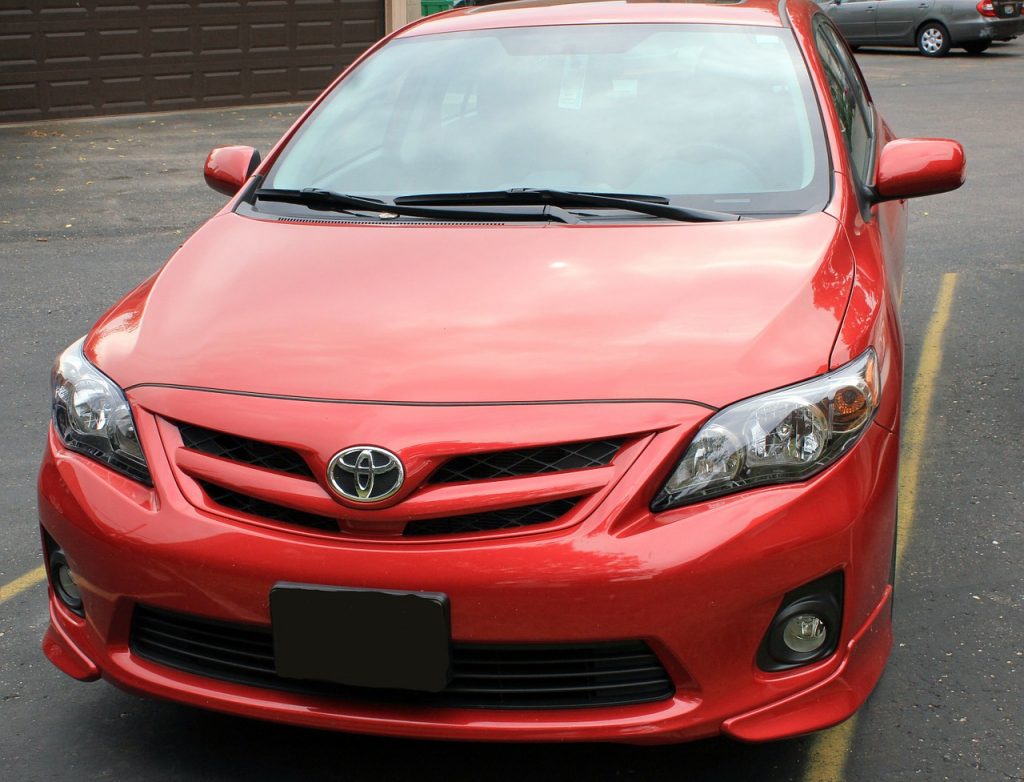 If you own any recent Toyota model that has power locks and an automatic transmission, you have the ability to change the sequence for the locking and unlocking of the doors – as determined by the current mode.

This adjustment is not really a repair but will help you to “fix” the issue if the car is set in a mode that you do not like.

Your choice is between four modes that are preprogrammed into the vehicle:

Now that you know what your options are, how do you change from one to another? Here are the six steps:

You now know how to switch your Toyota car into any of the four different modes for automatic locking and unlocking – one of which (Mode 2) shuts it off completely, if that is your preference. Again, although not a Toyota repair, this project will allow you to have better control of the car and to fix the situation if you are frustrated by the way that this automatic feature is currently configured.

Note that your choice of auto-locking and auto-unlocking mode will be forgotten by the car computer if the car battery dies or becomes disconnected. If that occurs, the vehicle will be reset to Mode 1.

Now you know how to switch your mode so that you are in control of how your automatic system is set to lock and unlock your doors. With that tutorial complete, we can turn to recent news stories that may be of interest to you as the owner of a Toyota:

Each year Consumer Reports ranks the best cars, and the 2018 list amounts to an impressive display for Japanese carmaker Toyota.

Not all news has been positive for Toyota lately. It no longer has the planet’s leading volume of sales, eclipsed by Volkswagen and Nissan/Renault/Mitsubishi. Nonetheless, this Consumer Reports ranking shows that the carmaker is a strong choice for buyers, with critical assessments (drawing on many thousands of perspectives) that do not consider where a car stands in the popularity contest.

Consumer Reports is taken very seriously because it does not allow any potential bias to be introduced either by advertisements or by getting cars from automakers – instead purchasing cars directly from dealerships. Related to performance, that information is gathered from its subscribers, so that all its information is as scientific as possible (both objective and derived from a large sample).

Within the magazine’s 2018 Top Picks, 4 of the 10 categories saw Toyota at the helm. The categories and victors were:

The basic reasons that the carmaker was successful with this 2018 list, according to Consumer Reports, were threefold: reliability of the car; the focus on safety features; and the accessible, mainstream design.

The magazine’s director of automotive testing, Jake Fisher, stressed that “really impressive reliability across the board” was essential in setting the brand apart from its competition.

Electric vehicles (EVs) are embraced as a way to cut down our reliance on fossil fuels, at least creating a new format of automobile for which fueling at the pump is unnecessary. One key issue with zero-emission electric cars, though, is that they require a rare-earth element (REE), neodymium. Toyota has become concerned that we are mining this mineral too quickly to supply the growing demand. It is currently developing magnets for its motors that cut in half the amount of neodymium needed to build one of its hybrid or electric models.

This decision is exciting news for environmentalism, both because of Toyota’s scope and because it has announced it will offer an electric version of all its cars within seven years. To reduce the amount of neodymium, the carmaker has turned to lanthanum and cerium, both more affordable and currently in more abundant supply.

The reason magnet engineers have typically used neodymium is that it can maintain magnetization to an incredible degree and also has extraordinary heat-tolerance. The simple act of including more cerium and lanthanum instead of the neodymium would have been insufficient, since the important magnetic capabilities would be reduced. Because the project was not a simple task, Toyota invested substantially to innovate breakthrough technology that would allow the motor to perform just as well with only 50% of the neodymium.

Perhaps the most compelling aspect of this new magnet technology is that it can be applied to electronics beyond automobiles. Appliances, robots, and any other objects that might have use for an affordable, sustainable high-temperature motor could utilize this new technology. These more environmentally friendly motors will be used in production cars starting in approximately 2020.

Toyota cars are owner-friendly, as suggested by the ease of switching between locking modes and the great ratings from Consumer Reports. Plus, the brand is easy to like, with its sustainability strides. Nonetheless, Toyota repair and routine maintenance is sometimes needed. For those tasks, you want a mechanic who is credible and straightforward. At Independent Motors, Boulder’s neighborhood auto repair shop for 35 years, 90% of the work we do is repeat business. See our Toyota repair philosophy.