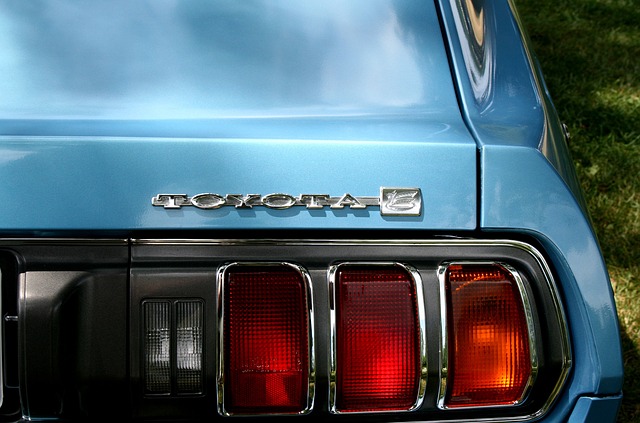 For a few years, just about every new car that has been built contains an oil change reminder light. This light simply notifies the owner of the vehicle when it is time to get oil service. Oil should be changed routinely according to schedules listed within car manuals. The way the light works is by illuminating once the car has gone that specified interval distance beyond the last reset of the oil change light – which is assumed to coincide with the last oil change. It is important once you change the oil in your car to reset the light so that it will be triggered at the appropriate time. You do not need to get under the hood for this reprogramming; it is performed within the cabin. This small piece of maintenance is not technically a Toyota repair but is key to understand so that you use best practices when changing your oil.

Step 1 – Get your key into the right position. Sit in your car’s driver seat. Check the instrument panel and see if a “check oil” indicator is lit. If so, turn your ignition key until it is “Off” but with the odometer number still visible.

Step 3 – Check your work. Assuming that you held down the reset knob while restarting the car, you should see that the oil change indicator is no longer lit. If you still see it, check the manual for your car for further troubleshooting. Another option if you are having difficulty is to “[c]onsult a mechanic who specialized in Toyota vehicles for further instructions,” as suggested by It Still Runs.

That is all for this Toyota repair or maintenance project. With the above steps complete, you should no longer have an issue with your oil change light. It should be reset and ready to let you know the next time an oil change is needed.

Having completed that project, we can look at recent news articles that may be of interest to you as a Toyota owner:

Toyota to take on Lyft & Uber

2017 was not exactly a great publicity year for Uber. There were months of scandals for the first half of the year, one after another, prompting the company’s hiring of former US Attorney General Eric Holder to investigate, eventually resulting in the resignation of CEO Travis Kalanick on June 13 – the same day on which David Bonderman, who was on the Uber board, also resigned after making a sexist joke in response to Holder’s findings. It was a mess.

Given the tumultuous year for cloud car services, Toyota jumped into the mix in smart taxi, where it could use its position to advance self-driving tech. The specific point of entry for Toyota is in creating a program that has similar characteristics to cloud taxi services, in collaboration with Japan Taxi.

The arrangement is a three-way venture between one of the world’s top carmakers, esteemed telecommunications firm KDDI, and one of Japan’s most prominent taxi services. The Toyota smart taxi project will be an avenue through which the manufacturer is able to gather a huge volume of data to be used for development of autonomous driving. Some in the automotive field are excited about this new effort; CNET’s Kyle Hyatt wrote, “This is great news if you’re in Japan and need to go somewhere.”

The key of the project is the TransLog component. Toyota outfitted each car in Japan Taxi’s fleet with this device; it is hooked up to a cloud artificial intelligence (AI) dispatch platform. By interconnecting all cars and data in this manner, a car service is better able to distribute its fleet in parts of town in a way that optimizes efficiency. Car driving data, video, and GPS information is all fed through TransLog for big data analysis as well, yielding additional value for the automaker.

Beyond information coming in from the cars within a taxi service, the algorithms it uses are enhanced with weather forecasts and smartphone data. With the model in place, the accuracy of placement within the city, per standards set by Japan Taxi and Toyota, was 94%.

China has a taxi service called Didi that is about to launch. Along with Didi, Grab, Lyft, and Uber, Toyota will face strong competition. The main advantages that the carmaker has over smaller taxi companies is that it has a huge research and development background, very deep pockets, and the actual automobiles themselves.

Toyota lost a bit of its luster this year in terms of brand value. Before we get into that somewhat negative report, it is worth noting that this year is not at all a down-year for the carmaker, winning the 2018 Best Car of the Year from Consumer Reports for the Corolla (compact), Camry (midsized), Sienna (minivan), and Highlander (midsized SUV).

Those awards aside, Toyota’s overall brand value did drop lower than one of the other carmakers in 2018, according to analysis from Brand Finance Group.

The market analyst, reporting on its new Auto 100 list, noted that Toyota was 2nd on its list with Mercedes-Benz at the top. Mercedes rose to the top after its brand was estimated at $43.9 billion – a 24% year-over-year improvement. Prompting the rise in brand value was a rise in sales, which ascended at 9.9% to 2.3 million cars. Meanwhile, Toyota’s brand valuation was placed just below Mercedes-Benz at $43.7 billion, followed by BMW at $41.8 billion. Toyota’s primary challenge, according to the researcher, is to strategize China. Brand Finance noted that Chinese consumers “have shied away from the Japanese manufacturer in favour of more aspirational brands such as Mercedes-Benz.”

As more carmakers open plants in the United States and elsewhere in North America, Mazda and Toyota decided to go in together on one plant in the US – forming a partnership to open an Alabama facility.

The new entity created by this alliance is Mazda Toyota Manufacturing, USA, Inc. (MTMUS). This recently announced body, which has been in development behind the scenes, is going to start its integrated work in Huntsville, Alabama, with the building of a car factory.

The carmakers are members of the partnership to the same degree, 50/50. 150,000 units of two cars, the Toyota Corolla compact and a new Mazda SUV, will be produced at the plant annually. Each of the automakers is contributing $800 million to the project, for a total $1.6 billion budget.

The new president of MTMUS, Masashi Aihara – also an executive officer at Mazda – said that the blended firm hoped to be beloved within the local area. The notion behind the collaboration, said Aihara, is that the union of the cultures and innovations of the two firms will not just yield great vehicles but also “create a plant employees will be proud to work at and contribute to the further development of the local economy and the automotive industry.”

Toyota continues to innovate and have one of the highest values of any automaker. However, sometimes you need repair and maintenance that goes beyond simply resetting an indicator light. At Independent Motors, we like the Toyota brand so much that many of our employees own and drive them, including Bill, Independent Motors’ owner. See our Toyota repair philosophy.