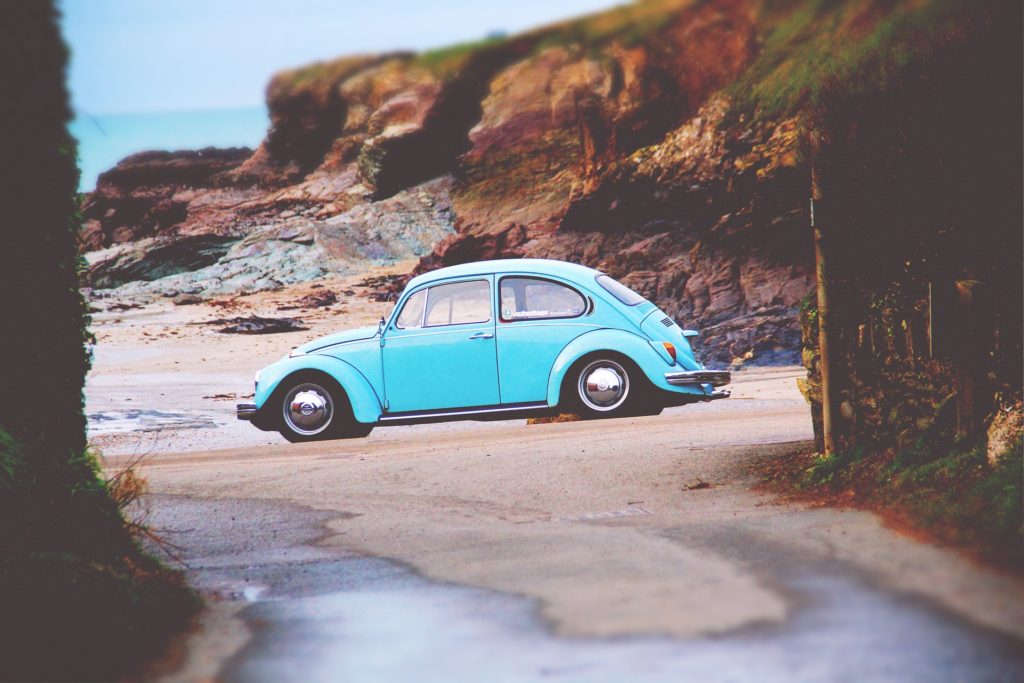 Since the release of “the Beetle,” Volkswagen has been of the more popular brands of automobile in the United States. Since the 1960s, the iconic designs put out by Volkswagen have captured many drivers. This is especially true of drivers (and parents of drivers) who put a lot of emphasis on the safety of their vehicles. Volkswagen has a reputation for being one of the safest auto makes available. This holds true across most of their product line.

Not only has Volkswagen won awards for design and safety, but the company is often ahead of the curve when it comes to safety features. It often adds active and passive safety features into their vehicles years before these features become legally required by regulatory bodies. They’ve long gotten high scores on safety tests year in and year out. It’s no wonder that they remain a good choice for young drivers who are just starting out on the road. Volkswagen has kept up with the times, too, having a wide variety of digital safety features integrated into their cars for easy handling and an enhanced driving experience.

Now, that all sounds great. But, eventually, you will have to bring your vehicle in for service. Inevitably, some issue needs to be addressed. You may be wondering what the most common Volkswagen repairs are. Here is what you need to know.

Volkswagen models are certainly popular and they make a great first car, especially for young drivers. However, just like with any brand or make of vehicle, there are some issues to be aware of. Every type of car or truck has its quirks. There is no perfect vehicle, so don’t let seeing a list of common problems dissuade you from buying anything from a particular automobile company. It’s important to know what you may need to expect. The following list is some of the most common Volkswagen repairs that many service shops see and need to perform. You’re not guaranteed to run into all of these issues, but you may see one or a few over your vehicle’s lifetime depending on how long you own your vehicle, the driving conditions you experience, and how well you keep up with routine maintenance.

Everyone loves (to hate) the check engine light because a few things can trigger it. Every vehicle is different when this light comes on. It may not even necessarily be the engine, but there’s something going on somewhere in the system. It could even be that the gas cap is too loose or something. Volkswagens tend to have issues with the check engine light, and you may not be in dire need of repair despite the light being on. That doesn’t mean you don’t need to get the problem fixed. You won’t pass an inspection with that light on, and you don’t know that it’s “nothing” until a mechanic takes a look. But, some Volkswagen models tend to have the check engine light come on at early mileage levels due to a sensor not working properly or a glitch in the software.

In comparison, this one is a big deal. Timing chains will require maintenance eventually. It’s more or less unavoidable on any vehicle if you keep it long enough. What’s problematic is when they fail far too soon. And when the timing chain goes, that could be it for the engine. Volkswagen states that their timing belts are designed to last about 120,000 miles. However, it’s been found that some Volkswagen models from the late 2000s were experiencing timing belt failures far sooner than that. Some were even failing at 20,000 miles. While it’s only certain models with certain engine types, it’s a serious issue to at least be aware of.

Every vehicle requires you to periodically change the engine oil, so this isn’t too much of a shock. However, Volkswagen had a problem specifically on early 2000s models that were succumbing to gunky oil buildups far sooner than the typical car should. Cars were seeing engine trouble beginning at 70,000 miles if the oil wasn’t changed often enough. Of course, if you change your oil every 4,000 to 5,000 miles as you should, you won’t give it the chance to gunk up and damage the engine. While Volkswagen has corrected this issue, you still should get your oil changed regularly to prolong the life of your vehicle.

This issue and the following one are actually related and are most closely identified with the 2006 Jetta. It was a popular model and it caused Volkswagen to get stuck with a reputation of having faulty electronics in their vehicles, despite these problems being almost entirely with that one Jetta model overall. The wiring harness would short at around the 100,000-mile mark, though electronics should always get checked by your mechanic. This is especially true when you’re reaching six digits of mileage.

Again, 100,000 miles seems to be the trouble spot when it comes to electronics. Much like the check engine light problem, this one can be frustrating because a malfunctioning computer telling you that there is something wrong with your airbag when it’s fine means a trip to the mechanic you wouldn’t otherwise have to make. Regardless, it’s better to be safe than sorry, especially with airbags. You don’t want to just assume it’s a sensor issue when you could be in danger of the airbag randomly deploying.

Some Volkswagen models tended to experience coil failure around the 70,000-mile mark. A failing coil can lead to ignition and engine issues. You may notice things like backfiring, worse fuel economy, and even your engine stalling. It’s best to take your vehicle into your mechanic if you suspect there are coil issues occurring. Similarly to many car troubles, you need to address smaller problems early before they progress to bigger problems like engine failure.

“Strange sounds” is a catch all term, but Volkswagens tend to get some rattles and clunking sounds in various parts of the vehicle over time. Clunking in the front of the vehicle is common in models with front wheel drive. The top of the suspension strut mount tends to degrade, which causes that clunking sound upon rotation. Rear springs that are failing can cause rattling in the back of the vehicle. This becomes especially noticeable when driving over bumps. If you hear rattling in the center of the car, this is probably a failure in the mid-section muffler bracket.

Volkswagen makes some great vehicles and they remain consistently popular. But, problems do arise and when they do, you need the expert repair services required to get your vehicle back on the road working reliably. It’s not just about emergency repairs, either. Keeping up with your routine maintenance is the best way to ward off major, expensive repairs down the road. That’s you should turn towards the professionals you can trust. At Independent Motors, our technicians are dedicated to providing you with the service you need at a fair price. If your Volkswagen needs repairs, call us today to schedule an appointment.

Typical Volkswagen Issues and How to Repair Them was last modified: August 8th, 2017