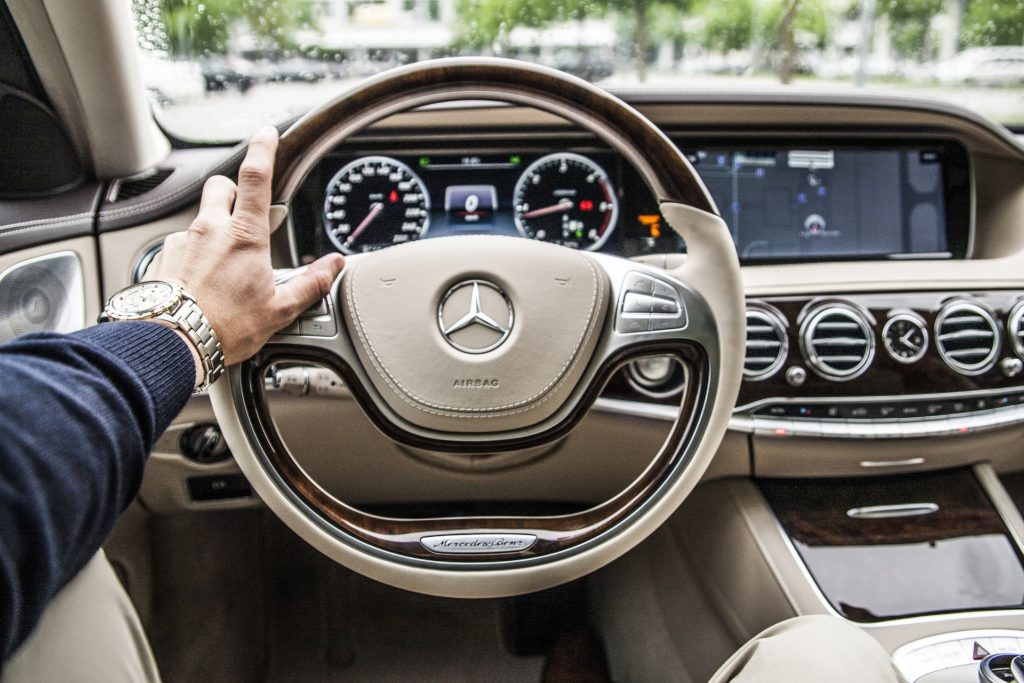 Every vehicle owner is familiar with the feeling that something is a bit off with their vehicle’s handling. It happens to every car, sports utility vehicle, or truck eventually. One of the most common reasons why someone inquires about auto repair services is because they feel like their steering is off. Perhaps the vehicle doesn’t seem as responsive as it used to. Maybe it drifts. You could even feel like your vehicle requires more forceful steering wheel turns in order to get the desired motion. Whatever the specifics are, something seems wrong with how the vehicle is handling.

This is such a common problem that you’d think you could give a definitive answer to what was going wrong right away. Unfortunately, that’s not the case when it comes to vehicle handling issues. For those who aren’t so keen on doing their own auto repairs, think of it this way. Have you ever been sick and Googled your symptoms? You’d think a sore throat means strep or a cold. But it turns out that a sore throat is actually a symptom of a dozen different illnesses. Without going to a doctor, you’d never be able to properly figure out what is actually wrong. While you can guess, only a professional has the tools to give the proper diagnosis. It’s not too different when talking about your car or truck. Sure, you may have an idea of what’s going wrong, but a mechanic can properly identify where the issue with your vehicle’s handling is actually occurring.

The truth is that different parts of your vehicle could be causing that sensation of your vehicle not handling properly. If you’ve reached a point where your vehicle is behaving that way, it’s probably well past time to bring it into a mechanic to check out, anyway. It could be something that would have been caught during a routine maintenance visit several months ago. It’s good to have a general sense of what the issue could be before your appointment, however. While you may not be able to make the determination yourself about what is wrong, you won’t be so surprised when the mechanic comes back from inspecting your vehicle and lets you know what needs to be done. Here are some of the most common reasons why a vehicle can suddenly feel like it’s handling poorly.

Getting your transmission looked at is something you need to do a few times (probably) during the life of your vehicle if you keep it for many years. Alternatively, it’s something you need to do if you drive it long distances with regularity. You should at least get your transmission fluid changed when appropriate. It’s hard to give hard numbers on when you should, so consult your owner’s manual. However, keep in mind if you drive under stressful conditions (hard stops, stop and go traffic) often, then your transmission needs to get checked more frequently.

If it’s just your transmission fluid that’s old, getting it changed may be just the fix you need. However, if the fluid is so old and dirty that it’s causing noticeable performance issues, it could be that there’s damage already from particles in the fluid. If the gear teeth get worn down or break, a vehicle can slip out of gear, causing the handling issue you’re experiencing.

If it’s not the transmission, and hopefully it isn’t, there’s a good chance that it’s something to do with your tires. In fact, this is probably the most common reason as many people tend to not take care of their tires as often as they should. To be fair, life is busy. Who is going to remember to do the penny test on their treads when the kids have three different practices to get to after school?

A variety of things could be going on with your tires that are causing the vehicle to handle oddly. The first thing you want to check is your air pressure. Whether it’s too low or too high, you’ll feel it. Low tires control poorly and you may hear screeching when making turns. Too much air makes you feel every bump in the road and can even cause a blowout.

Tires can also be misaligned or not secured. If you changed your tire yourself recently, make sure that it’s set firmly against the back disc. If the nuts on the tire aren’t secure, you’ll definitely feel a vibration while you drive. If you notice that one front tire is wearing down faster than the other, that usually signals an alignment issue.

If the issue isn’t the tires themselves, it could be something very close nearby. It could either be something wrong with your suspension or an axle. When something happens to the suspension, the telltale signs are usually obvious. One thing to look for is a dramatic pulling to one side while driving. You may notice a sensation of bouncing up and down when coming to a stop. The vehicle doesn’t just settle into position anymore. An axle can get bent relatively easily. It takes some force, but it can certainly happen if you’re in an accident or hit a particularly deep pothole. A bent axle can alter a vehicle’s handling.

Brakes Need to Get Checked

Another common reason for poor handling is that there is something wrong with the brakes. Brake fixes are one of the most typical kinds of auto repair because often issues aren’t investigated until there are serious problems. There are many indicators that something is amiss with your brakes. You can hear them squeal or grind, feel them grinding, and in some instances even smell them. If it is your brakes that are causing your vehicle to handle oddly, it’s going to be while you’re trying to stop. If you’re just driving along and feeling yourself drift, that’s not going to be your brakes. But, if you’re feeling a pull when braking, you might have your culprit right there. Hopefully, it’s as simple a fix as getting your brake pads replaced. Of course, if you’ve been driving on damaged brake pads for a significant amount of time, you’ve increased the chances of causing damage to the discs or drums. If there are issues at that level, you could be looking at more serious repairs.

No matter what specifically is causing your vehicle to handle poorly, it’s important you get it fixed as soon as possible. It’s dangerous to drive for long with a vehicle that doesn’t respond properly to your control. Depending on the root cause, you could be driving on what’s shaping up to be a major repair. Come get it fixed before it turns into one. Contact us today to schedule a time to bring your vehicle in. At Independent Motors, we’re dedicated to doing right by our customers. We’ll be honest about the work your vehicle needs and we’ll provide the service at a fair price.

Is Your Vehicle Not Handling Like It Used to? Here Are the Possible Causes was last modified: June 6th, 2017