VW Repair: How to Change Your Serpentine Belt 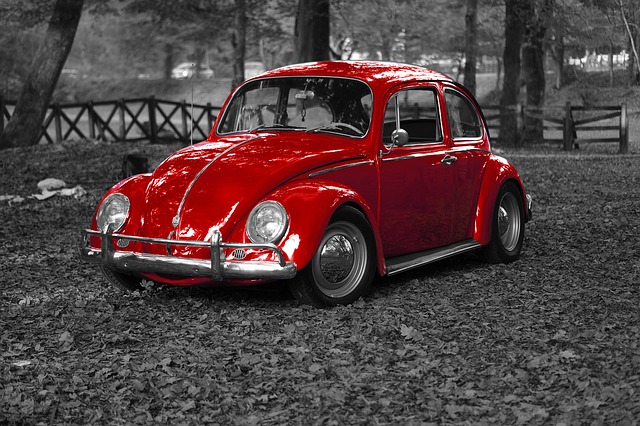 The alternator, air conditioning compressor, and other engine accessories in your Volkswagen are provided power by a v-ribbed belt or serpentine belt. The good news is that you will not need special tools in order to replace this part. You will not always be able to access the serpentine belt immediately, though: in the Jetta and Golf, you will have to remove an auxiliary v-belt first.

No matter what type of VW model you own, you can use the below steps for replacement – skipping over the v-belt sections as applicable.

Caution: Before you start this Volkswagen repair, you want the car to sit for 2-3 hours so the engine can cool. If you do not allow ample time for cooling, you could get burned.

All steps of this Volkswagen repair are now complete. Your new serpentine belt will keep your car continuing to operate smoothly so that you can get where you need to go.

Note: Beyond replacing serpentine belts as needed, it is also smart to buy a backup belt and keep it in your trunk, as indicated by Jeffrey Caldwell in It Still Runs. “That way if the drive belt breaks while you’re on the road,” he said, “you will not be stranded.”

With the serpentine belt project finished, we can now take a look at recent Volkswagen news that might be of interest:

It is a commonly accepted notion within the automaking industry that racing can be helpful in the development of stronger cars. Prior to starting production of a car, you will often not be able to see its vulnerabilities until you test it at high speeds on a track. Carmakers are also able to bring more people into their dealerships from victory in races or even just the publicity surrounding them. Given these different general reasons to race, a Volkswagen prototype racecar will make its way to Colorado to take on Pikes Peak in a few months.

Volkswagen has another reason to race, related to the sustainable design of the car it is using. At a time when electric cars are increasingly becoming a serious alternative to internal-combustion cars, Volkswagen and its competitors are leveraging racing to show off their technology and make electric car ownership more attractive. Since traditional car racing is on the decline, noted Steve Hanley in CleanTechnica, the electric vehicle racing series Formula E is drawing the attention of many carmakers. The Jaguar I-Pace and Tesla Model S sedans are example cars that will be featured in racing series.

As a dive into electric racing, Volkswagen is traveling to Pikes Peak with an electric racer featuring dual motors in June. The hill climb that take place there on the 24th is the only race of its type on the planet. The stretch of road runs 12.4 miles, increasing from an elevation of 9,390 feet to 14,110 feet above sea level. Electric cars are actually well-designed for this competition. “Internal combustion engines lose power at higher elevations,” noted Hanley, “but electric motors are unaffected by altitude changes.”

The world record for the sale of a Volkswagen at auction may be broken on April 14, when the VW Microbus or Samba bus from That 70s Show is offered at Barrett-Jackson’s Palm Beach Auction.

No other VW Samba Van, or Microbus, with provenance has ever appeared in an auction, which makes people think that this one could be a record. It is worth noting that when That 70s Show was on the air, the bus was auctioned. It was sold for $28,000 at that point, but that was before the Microbus was a point of focus for collectors. Between that initial sale and today, numerous Samba vans have sold for greater than $100,000, and the collectible car industry has surged incredibly.

Mike Hanlan of New Atlas explains another reason why this car is expected to draw a huge price tag: it celebrates the youth of baby boomers, a group he described as “the people who have now accumulated the majority of the world’s wealth, and the same people who pay millions of dollars for the artifacts of their youth at auctions.”

Hopefully the above steps have been helpful to you in understanding the replacement of your serpentine belt. If you would rather have an expert perform that repair or any other, we can help. At Independent Motors, 90% of the auto repair we do is repeat business. See our Volkswagen repair philosophy.