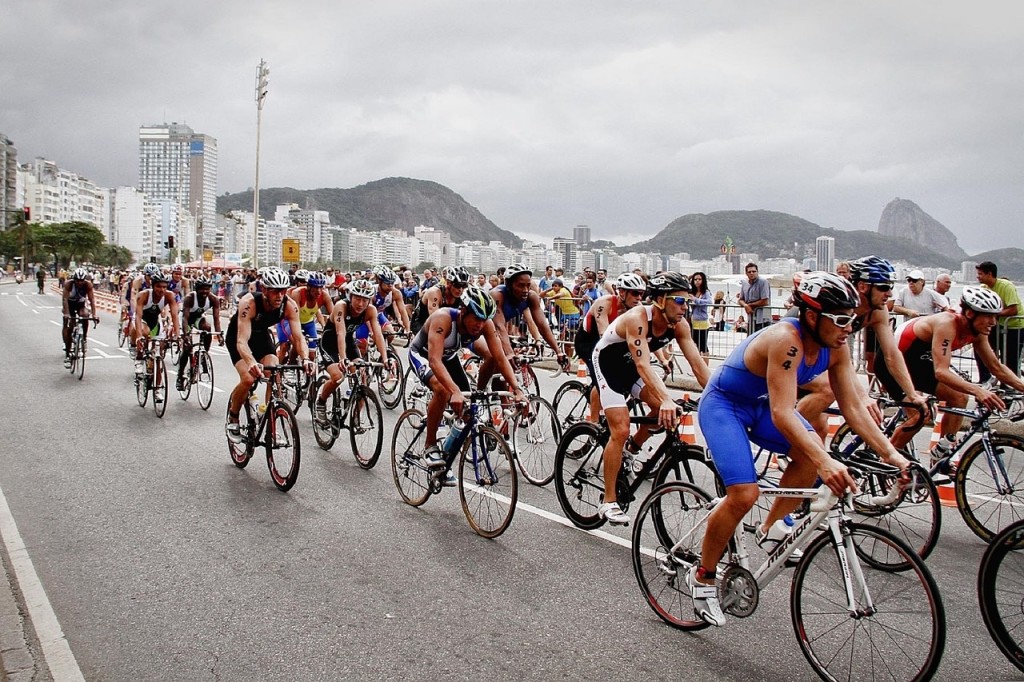 We’re in the thick of winter now, which means dark mornings and early afternoons, frigid temperatures, layers of frost to contend with in the morning, and the possibility of snow at every turn.

Outdoor activity is severely limited … or so you thought.

Across the nation, organizations are hosting winter group bike riding events where everyone digs their bikes out of the garage and rides like it’s the springtime. Interested in trying it for yourself? We’ve found 25 great winter group rides to get you started.

Yes, admittedly, in the South, the cold isn’t such a huge problem. It’s still technically winter even in Georgia, though, and friends of the Bike Store in Warner Robins brave the sometimes chilly days to partake in the Winter League Group Rides. These start in November and run through the spring. The group also hosts a New Year’s Day ride each year, which starts at the store’s parking lot and spans 25, 30 or 45 miles, depending on your abilities.

Washington is known for its watery weather. If you think you can handle it, check out Joy Bike Rides’ winter rides. “Winter brings with it some big changes to the way we ride bikes,” the store owners write. “No longer can you expect to get off work and hit the trails for a quick loop without a good set of lights, and if you’re planning on getting the long road miles in, you’re going to need to be extra careful of the water and oil slicks on the asphalt.”

Beginning in January, the riding group Chapel Hill Cycling starts 2016 anew with its 14 Days of Christmas winter stage tour, where you ride no more than 20 miles per hour. On Sunday, January 10th, there’s the Sunday Spokeswomen Ride, where female riders will take in nearly 50 miles of the city. The Tuesday Night No Drop Ride on Tuesday, January 12th, is for anyone; you must have a headlamp or other lights, since you’ll start your ride at Wilson Park at night.

Take in the natural beauty of New York and its boroughs with the various rides that NYCMTB is hosting in 2016. Each trail takes at least three hours to complete and five hours for slower riders. On Sunday, January 17th, venture over to Sprain Ridge Park on the New York side of the George Washington Bridge and travel along South County Trail and Van Cortlandt Park. On Sunday, February 7th, try the Scout Camp Trails concrete path and then hang out with your fellow riders and grab a cup of coffee at Blue Bottle Cafe.

Another Georgia riding group, Atlanta Cycling, has a whole host of weekly rides for you to choose from. On Saturdays, try the Vinings Loop ride, which passes through Sandy Springs and Buckhead. Tuesdays and Thursdays are winter riding days, where you’ll cycle through mostly empty streets at a more relaxed pace. 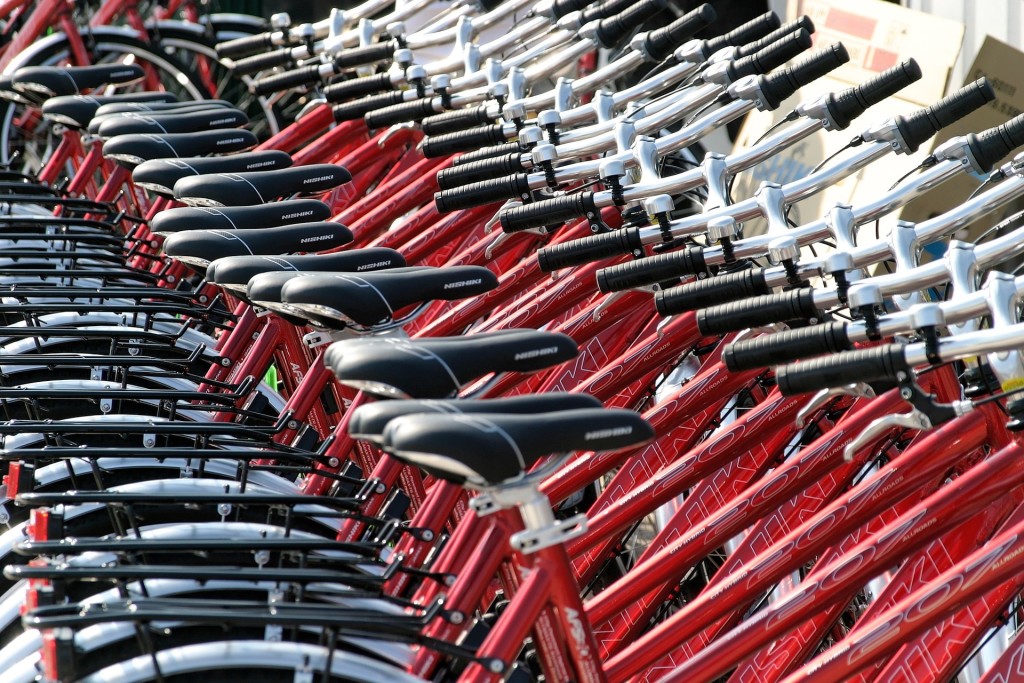 The general riding season for the Jackson Metro Cyclists is from March until October, but once November arrives, the winter season begins. For four months, you can enjoy Tuesday Night Bike Rack Training classes at 6 p.m. each week, where you learn how to ride in the winter. There’s also a 6 p.m. Thursday Night Indian Cycle Trainer weekly class; if you prefer, the Thursday Night Bike Crossing Shop Ride is at the same time and blitzes through Ridgeland and Madison.

Afterward, you can grab drinks and food at the Pizza Shack. If you love the incentive of food after riding, there’s a Belgian Waffle ride on Saturday mornings with waffles served piping hot once you’re done.

The Mid-Peninsula Bicycling Group had its big winter ride on New Year’s Day at Mount Hamilton Climb. The group, which consists of more than 500 riders, books rides at various paces (leisurely, touring, moderately fast and brisk) and different terrain (flat to extremely hilly). Make sure to read the club’s rules before participating in a ride so you’re ready to go, and then check back for future rides.

The Chainlink in Chicago, Illinois

The Chainlink, a bicycle club, has bunches of fun rides planned for Chicago residents. These include:

The Twin Cities Bicycling Club, which is all about “promoting safe and effective bicycling and recreational bike rides,” is getting ready to go for 2016, and its calendar is quickly filling with events. Ride ’em Texas Hills is a recurring ride throughout January. Clear your calendar on Wednesday, February 3rd, for Midtown Challenges the Dark Night. “Ride into the darkness, into the wind and into the elements, whatever they may be,” the organizers describe.

No matter your skill level or how long you’ve been riding, the Memphis Hightailers Club welcomes you to join in on a near-daily ride. Each of their events are coded on their website according to difficulty, which ranges from easy (average speed 10 to 12 mph, distance about 25 miles) to elite (20 to 22 mph, 60 to 100 miles long). The events fill up fast, so sign up while you still can! 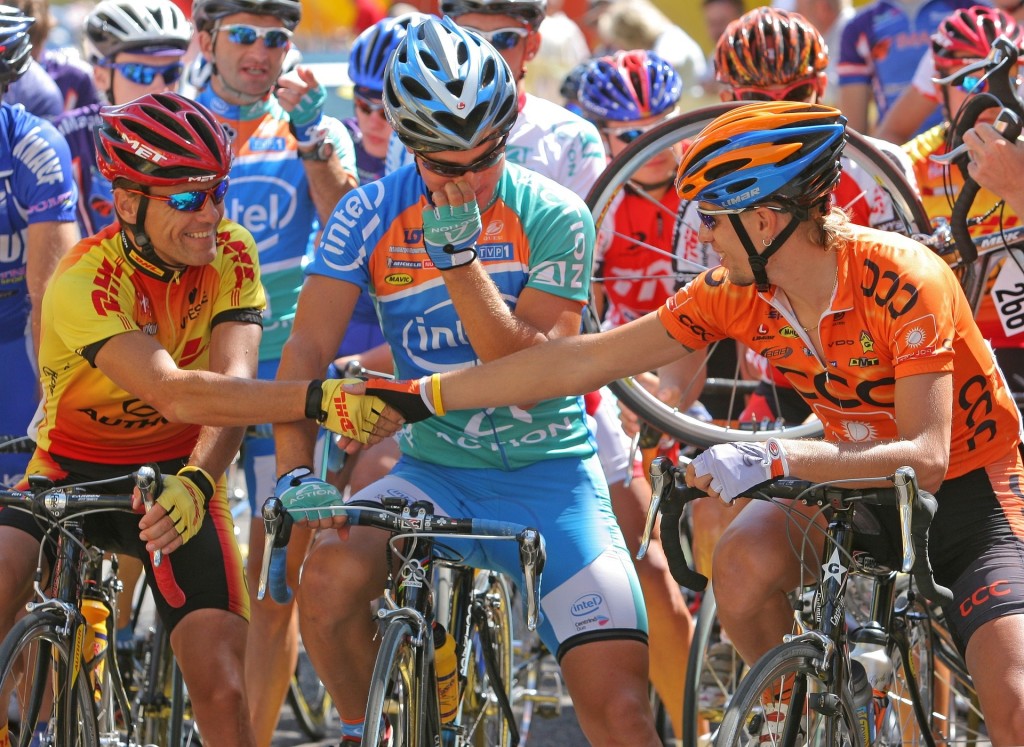 Sunny Florida is almost always balmy, so you have no excuse to pass up on the many 2016 rides that the Polk Area Bicycling Association has lined up. You can get started in January by participating in the Southgate Shopping Center Ride. There are rides almost every weekend in January, February and March, which means you can easily cruise right into the spring season.

Since 1990, the Five Boroughs Bicycle Club has united New York through one great passion: Cycling. Calling itself “New York’s friendliest bike club,” the organization starts its winter bike rides in late December. A Winter’s Journey to Fillmore’s on Saturday, January 16th, lets you explore this New York pub (you can burn off the calories as you ride back). There’s also a single February ride on Saturday the 13th that is 30 miles long and includes a lunch stop.

A beloved Massachusetts club since 1966, the Charles River Wheelmen celebrates its winter season from December through March, when the frost begins to thaw. The Zig-Zag Ride on Sunday, January 7th, is named such because of the interesting locations that you ping-pong to on your bike, including Billerica, Concord, Bedford and Carlisle. That next Sunday, on the 24th, don’t miss the Bare Natick, which passes through Natick Common.

From February 26th until March 25th, Tucson Bike Rentals’ Shootout Group Bike Ride races through the city. “The Shootout is one of the best group bike rides in the country according to Bicycling Magazine,” the store says. “During the winter months, big-name professional cyclists and triathletes can be found on the ride. The Shootout is every Saturday morning no matter the weather!” During that first block, rides begin at 7 a.m. sharp.

Don’t give up your fitness progress by only riding occasionally in the winter when Bike PGH! hosts events every single week. On Sunday mornings in January, you can try the Mt. Lebanon Cycling and Caffeine Club Ride at 7:00 a.m. or the Top Gear Robinson at 9:30 a.m. Friday, January 29th, is Critical Mass day, where you challenge yourself on rough paths. The weekly rides continue into February, and there’s a Critical Mass event that month on Friday, February 26th. 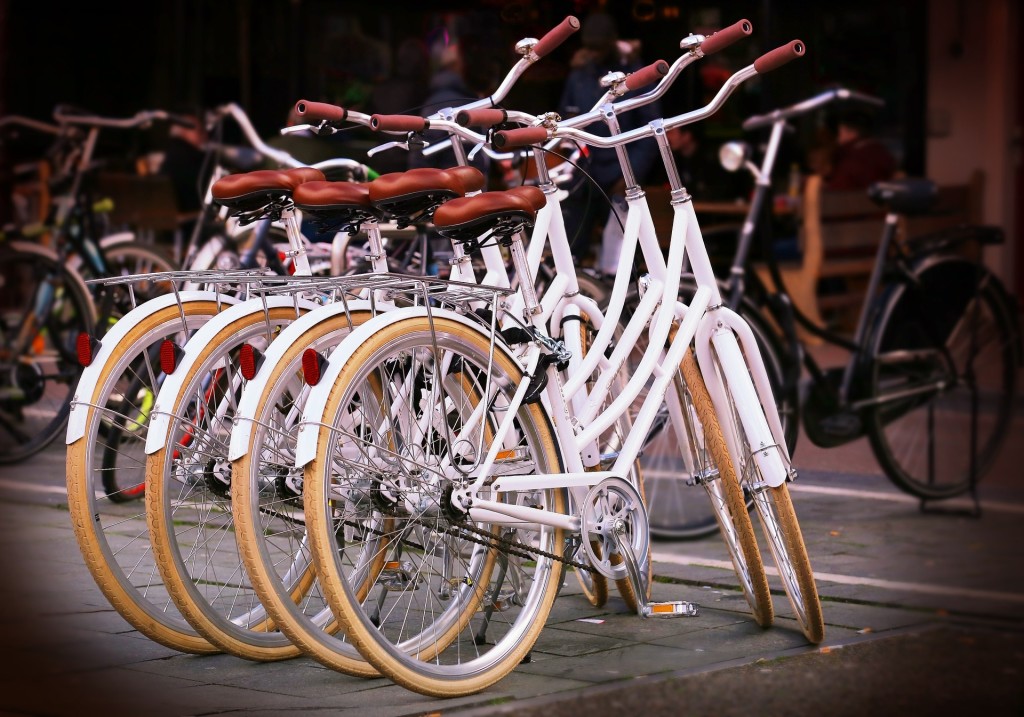 As “the any bike club,” Blue Ridge Bicycle Club may have a relaxed attitude, but it does have some rules that you must abide by, like never using aerobars or headphones and always having your helmet on. Set your alarm early on Mondays, Wednesdays and Fridays the months of January through March for the Good Morning Roanoke ride at 5:30. There are also afternoon and evening rides on those same days for the later risers. Events are color-coded, so you can always select a trail that matches your skill level.

iDaph Events sponsors the Asheville Winter Bike League, which the company calls “the best structured, long, winter-road training rides on the planet.” You won’t challenge yourself too much here, but these trips are certainly not monotonous. “Rides are ridden at a steady tempo — not too fast, not too slow,” the group describes. “Our goal is to ride smooth and steady, avoiding rapid accelerations and decelerations. We try and hold a steady, solid and quick tempo for the entirety of a ride.”

Just because it’s winter doesn’t mean you have to be outside to ride. That’s the mentality at Eddy’s Bike Shop, where riders brave the Ohio winters indoors. These group rides are at least two hours long (from 4:30 to 6:30 p.m.) and you have to have your own bike. The training classes take place on Sundays in January, February and March.

A chapter of the International Mountain Bicycling Association, the Northwest Trail Alliance will keep you busy all winter. Stop by Stub Stewart State Park in Buxton on January 9th and 23rd for morning rides that run from 8:45 a.m. all the way until 3 p.m. If you love the trail, come back and do it all over again for Saturday rides in February, on the 6th and the 20th. Northwest Trail Alliance has rides planned through the summer, meaning you can should keep your bike ready all year.

Hosting rides practically every single day across Seattle, Cascade Bicycle Club is the one to join if you want to lose some weight for your New Year’s resolution and have a blast while doing it. More Cycle Tuesdays are “super strenuous,” as you’ll ride 25 miles at more than 20 mph through the Renton area. There are training classes and themed rides based on the locations you’ll visit on your bike. If you don’t have any big Valentine’s Day plans, make sure to participate in the Seattle Bike Swap at the Seattle Center Exhibition Hall. 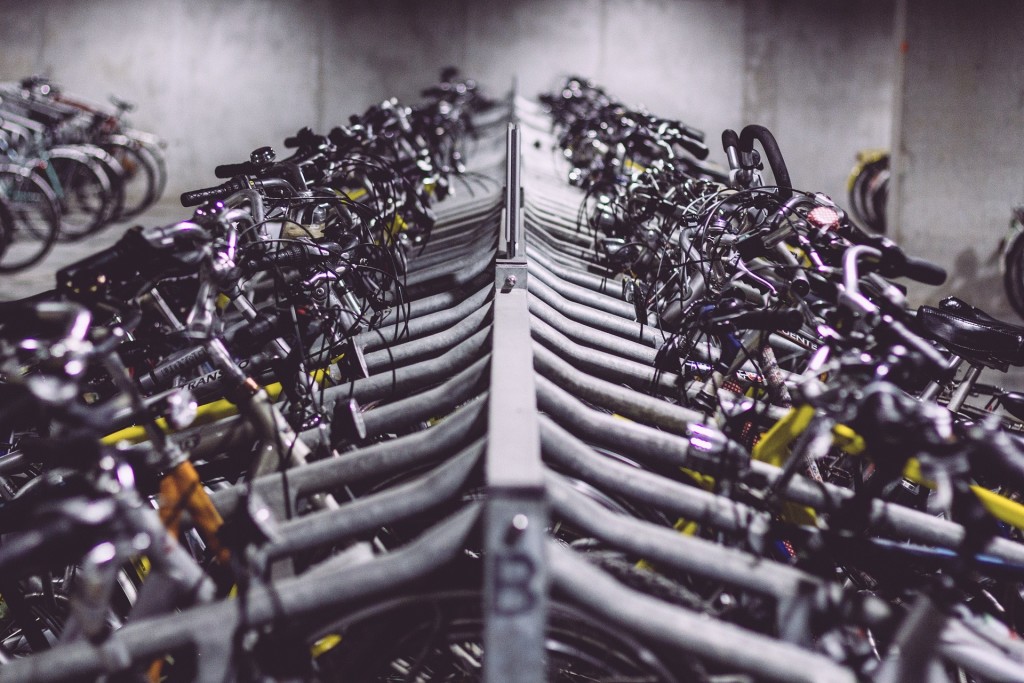 Cycle Haus offers winter rides that are divided into two groups, Group A and Group B. Group A is for experienced riders who have the stamina for 50 to 60 miles; those rides have a $5 weekly membership fee to cover food and water storage and spare parts. Group B riders go just 20 to 30 miles, and those are free. All rides are indoors at the Cycle Haus building and take place weekly on Tuesdays and Wednesdays.

The BTCNJ winter riding season runs from December through early February. These rides are generally 10 to 15 miles, but some are longer and go nearly 30 miles. End your season on Friday, February 5th, with the Ladies Fat-er Tire Friday, which is described as a “casual and traffic-free ride” that “is designed to encourage more women of all ages to dust off their bikes and have some fun.”

At Ozark Cycling Adventures, there is no off-season. Some paths are intended for beginner riders (13 to 15 mph), others for more seasoned riders (15 to 18 mph)  and others still for expert riders (18 mph and higher). There are numerous rides daily, with most on Tuesdays, Thursdays and Saturdays. Rides are only canceled if the weather is bad.

See the beauty of Virginia, Maryland and Washington, D.C. in winter when you join the Potomac Pedalers. Have lunch at the Shirlington Branch Library in Arlington, Virginia when you ride on January 17th or 24th. Close out January on a high note by riding the Olney Loop at the Olney Indoor Swim Center in Olney, Maryland, on Sunday, January 31st.

As long as you have your own fitness bike and a helmet and you can meet at the Outspokin’ Bicycles store, you’re welcome to get involved in any of the upcoming winter group rides. Most of these take place at night, so you do need working headlights. There are weekly rides five days a week (except Tuesdays and Thursdays); most of them are outdoors in such places as the Augusta Canal, Lake Olmstead and Country Club Hills and along the Savannah River, but rides on Wednesday nights are always indoors.