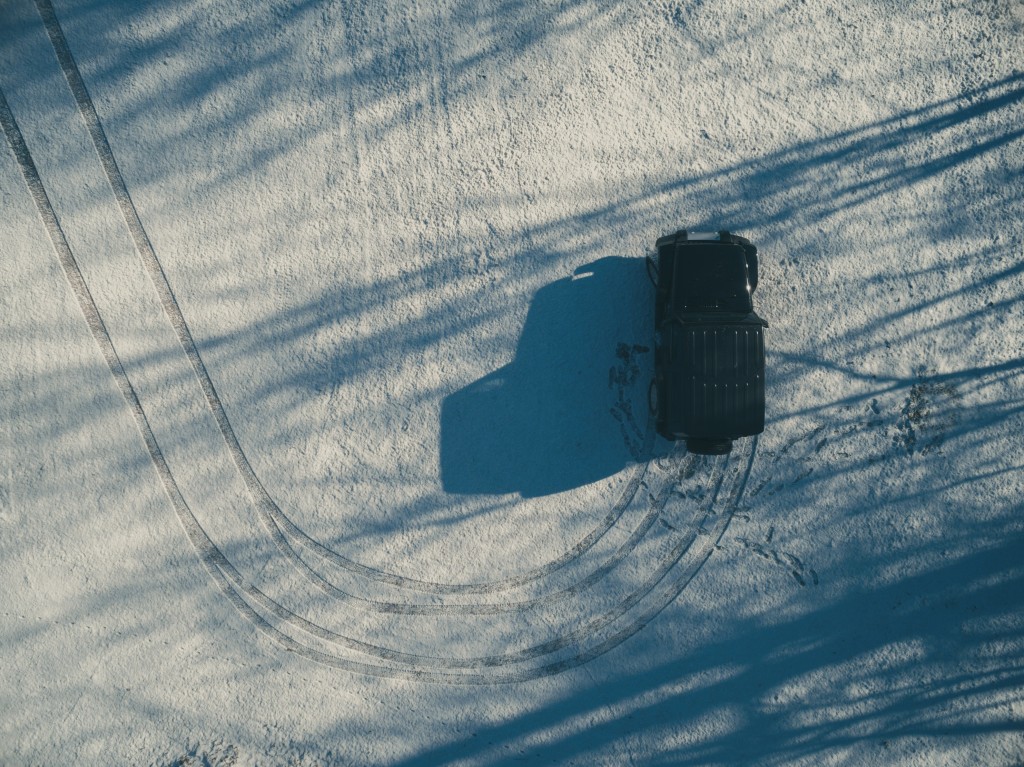 The weather’s frosty, the ice is thick and while most people just want to stay inside as much as possible it’s prime season for winter motorsports athletes.

Across the world, these inventive racers have hopped on almost anything on two or four wheels and taken it for a spin across the ice and snow. We’ve found 25 winter motorsports groups and organizations dedicated to ice karting, snowmobile racing and ice driving that prove that racing has no off-season.

Although the Speedway bikes that XiiR racers favor may look small, these can achieve blistering speeds due to their four-valve engine (which racers fill with nitromethane). This organization calls its brand of ice karting  “one of the fastest sports in the world.”

In icy Finland is Ruka Adventures, a rental agency that is your guide to the outdoors in winter or summer. While there’s ice fishing, snowshoeing, husky- and reindeer-sledding and snowmobile safaris, few activities are comparable in terms of heart-pounding thrills as ice karting. The organization reminds you that “technical skill beats speed.” And if that snowmobile safari sounds too good to pass up, you can opt for a package that bundles a short safari with a race on the ice.

Colorado’s Aspen Ice Karting invites you to “get sideways” in the snow. All karts are CRG USA brand with Kold Kutter screws and Heidenau tires designed for slippery ice riding. If you happen to own your own kart, you can get it fitted with these screws and tires and then go racing.

As AccessLapland way up in Rovaniemi proves, Finland truly embraces its below-freezing temperatures. Go for the gold in an open race on a 1,800-foot track where you can compete with anyone. Bring your friends and family (up to 10 people) for a private race where there’s no one on the ice but your group. Staff will take video and images of your race, and snacks are even included.

A frosty ski resort in France, Val Thorens has been declared the best ski resort in Europe for years by the World Ski Awards. While you can get active with traditional activities such as skiing, you can also go ice buggying, ice driving and ice karting. The resort’s track at the Alain Prost driving circuit is a lengthy 980 feet. 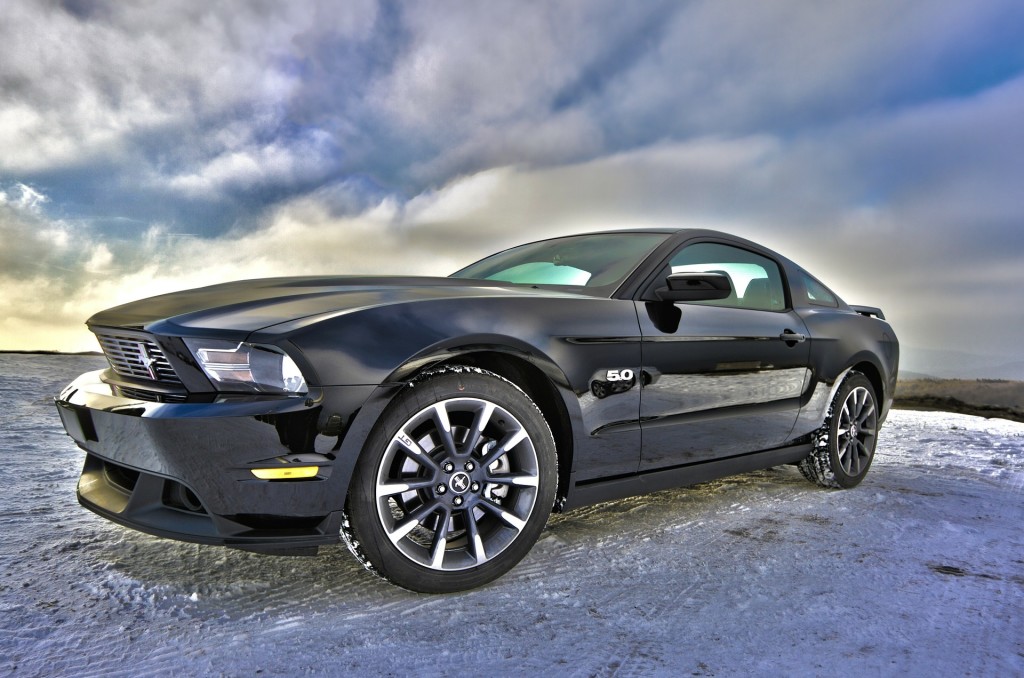 Spaced out across 1,250 acres is Lapland Ice Driving in Ipswich, England. All that space means the organization can offer 12 different courses. There’s a two-day Maserati ice driving package where you get to drive up to five times each day in the Ghibli S Q4 and the Granturismo MC Stradale. There’s even a couple’s package ideal for anniversaries or birthdays.

Since 2005, Below Zero Ice Driving has provided car lovers the chance to experience the challenge of driving on slippery terrain. The organization moved to Sweden in 2012 and now often gets traffic from Are, which has a large ski resort in the vicinity. The Porsche 911s are designed for wintry driving, as they include studded tires, an FIA integral roll cage and a 300-brake horsepower 3.0-liter engine.

A renowned producer of car parts and tires, Bridgestone’s Winter Driving School in Colorado has appeared in Men’s Health and Parade Magazine, and on MSNBC, HDTV, CNN and more. For everyday driving, enroll in a safety class where you can become an expert on switching gears and braking in cold weather. The performance classes are for the true speed lover, particularly the Fifth Gear Fastest Ride on Ice class. For two days, you’ll learn the same tricks that rally drivers use when racing. This class is small, with only room for eight so you get plenty of one-on-one attention.

Make a whole vacation out of your ice driving experience at Norway’s Ice Driver Ltd. The Vestlia Ski Resort is nearby, and although you could ski, you’ll be down on the nearby icy lake, learning from pros in the motorsports industry. After a few hours on the ice, a hot meal will be provided before you hop back on the snowy path.

Another country that delights in the cold is Canada. Quebec’s Ice Driving Canada puts you behind the wheel of a Porsche Boxster as you choose from a variety of packages. The Discovery program instructs you on weight transfer impact and how to adjust your position to handle sliding. The Hot Laps program lets you see what the Boxster can do as a professional motocross driver takes you three laps around an icy track. 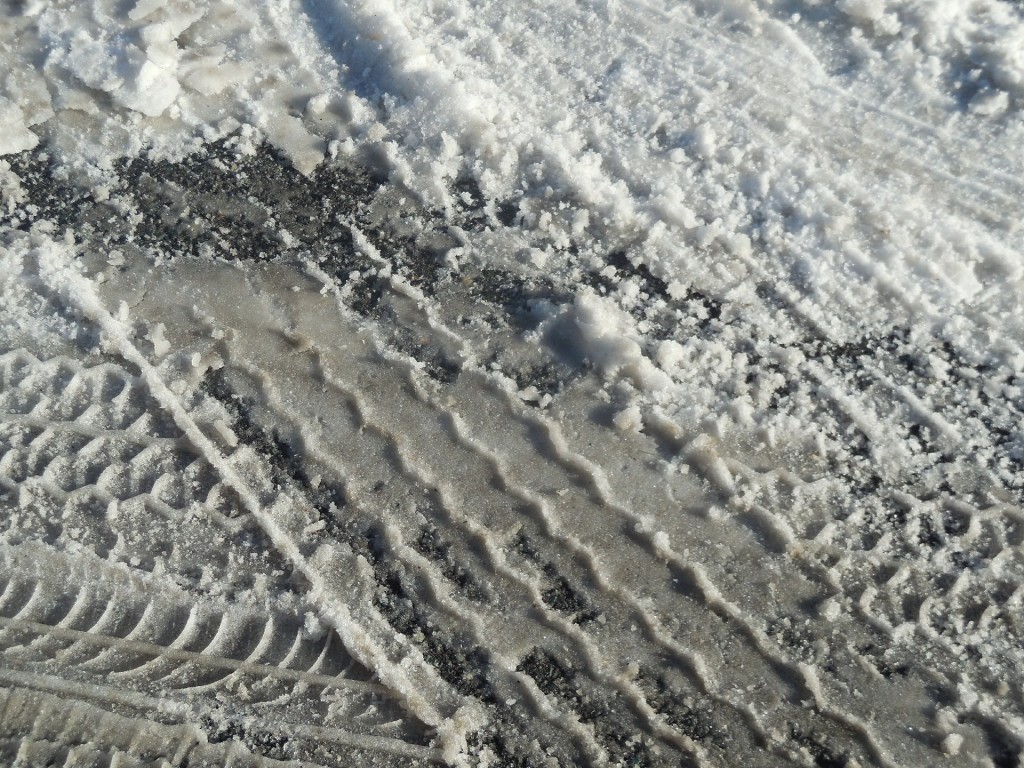 Jamtland, Sweden, is home of the Kall Auto Lodge, which boasts a hunting cabin, fishing, and spa and health services. There’s rally racing, circuit racing and the Ice Driving Xperience, where you cruise in a Porsche 911 and learn how to drive like a pro on the ice. Once you get the hang of that, move on to the Below Zero program, where professional rally racers will guide you as you blitz past snowbanks and icy terrain. Wrap up your afternoon with a fresh meal and drink.

As an adventure and skiing school that never closes down, Evolution 2 Val d’Isere is part of a ski resort in France. Learn how to drift, turn and slam on your brakes in an emergency, then prepare to feel the snow and ice under your tires as you drive a Porsche Boxster for 10 laps (Subarus are also available).

The Ice Driving Center in Kuusamo, Finland, asks customers a specific question upfront: Sporty or classy? Depending on your choice, you can participate in a tailored ice-racing experience. The Sporty Driving School has “conditions for experienced drivers” as you select from a vehicle arsenal that includes a Lamborghini Gallardo. At the Classy Driving School, which focuses on “safety performance driving and enjoyable moments,” you can ride in an Impreza, Evolution or an xDrive.

Southern Hemisphere Proving Grounds in Cardrona, New Zealand, began hosting ice racing on a test basis before discovering that it was an incredibly popular pastime. The Premium Ice Driving Experience blends “luxury accommodation, exquisite cuisine, and true New Zealand hospitality in a spectacular and private alpine setting.” Don’t forget, winter in New Zealand is summertime in the US, so plan your visit for July or August.

Looking at the Hotel St. Michael in picturesque Livigno, Italy, you wouldn’t believe that there was an ice driving school hidden on its grounds. However, this school is a 20-year mainstay. Practice drives and races take place at the nearby Livigno Ice Arena. Choose from four different programs: the safe driving class, the sporting class for a bigger challenge, the super sporting class and the extreme class, which is the most advanced of all and welcomes those who have raced before. 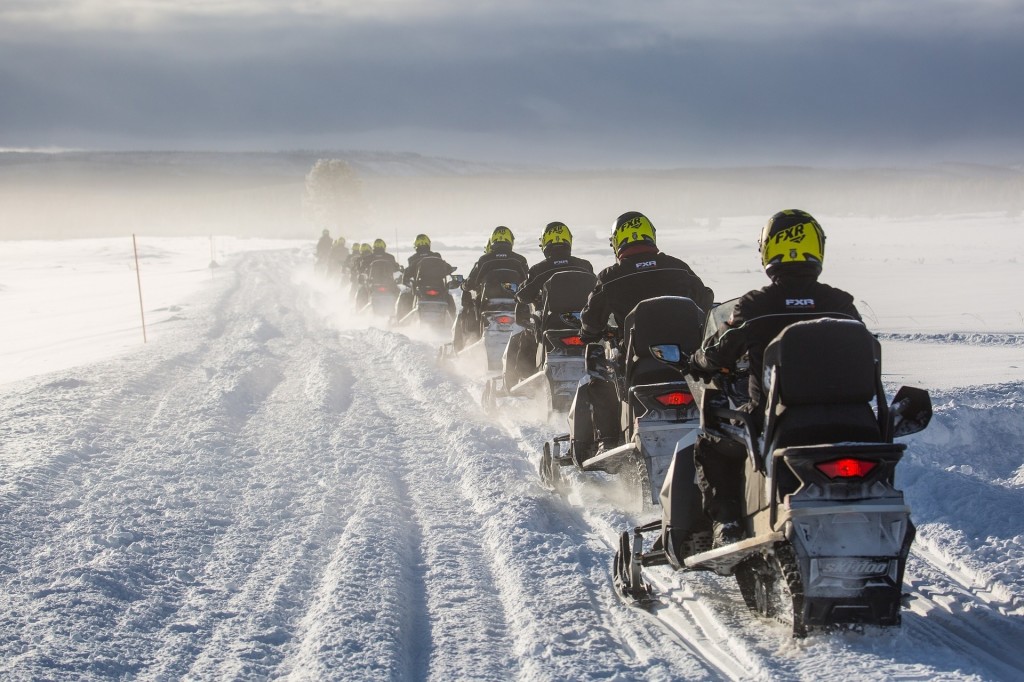 While the other racing organizations on this list are all about high-octane fun, NHSA wants to present snowmobiling in a different light, one that can be “a safe family recreation.” This organization has existed since 1969 and teaches safety classes, has monthly group meetings to promote the organization’s objectives, and rides in the picturesque New Hampshire snow.

Every year since 2012, USXC in Spicer, Minnesota, has transformed ice racing, blending it with racing in the woods and ditches to make the events even more challenging. The season runs from December until March, and new members are welcome to join each year.

As a resource for trails, clubs and snowmobiling events in Utah, the Utah Snowmobile Association underscores all this fun by promoting safety above all else. The nearly 30-year-old organization is your gateway to every snowmobile ride in the state.

Who says only adults get to have fun? The WKSRA is all about the kids. Children ages 4 through 15 are welcome to race during the organization’s season, which runs from December through March. Whether a child is a beginner or they’ve practiced for years, they can join three classes: the Juniors, the 120’s and the Kitty Cats. After some training, they’ll race against others who match their age and skillset.

In Saint Charles, Michigan, the weather gets especially frigid. That’s when the Saints Snowmobile Club comes out to play. If you want to hang with these racers, you need a vintage snowmobile. 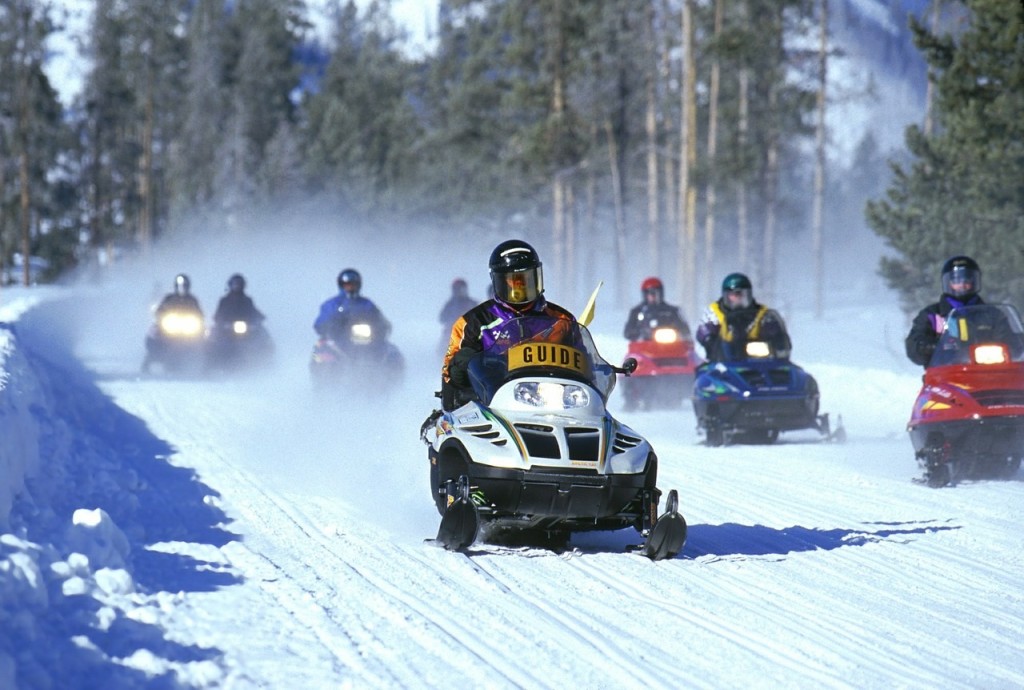 New Hampshire group RMR XC calls itself the “most widely-recognized and respected sanctioning body for snowmobile cross country racing in the northeastern United States.” Learn the ropes with classes that some of its own racers teach, which are organized for kids and adults.

More than 100,000 racers outside of Michigan and more than 380,000 snowy faithful within the state are part of the MSA. They receive the publication Michigan Snowmobile News and can enroll in safety classes. Link up with other smaller Michigan snowmobiling organizations as a part of the MSA’s Adopt-A-Trail program, where you set up events for groups like the Pere Marquette Snowmobile Club, the Snow Drifters of Hamilton Co. and Wayland Snowmobile Club.

Nonprofit organization OVA is passionate about ice oval racing on snowmobiles and other vehicles. The group has aligned with other key organizations in Minnesota (the OVA itself is based in Anoka) so its riders can participate in the best events that the state has to offer. Some races on the calendar include Eddy’s Resort race in Onamia and the Winter Spectacular Alexandria.

Although a motorcycle club by name, Lucky Thumb is based in Deford, so its riders are certainly accustomed to the bitter cold. It’s no wonder then that the group has snowmobile racing in the winter. Throughout the season, riders of various ages compete, earning points. Once the weather begins to warm up, Lucky Thumb determines a winner.

Whether you enjoy watching snowmobile races or gliding along the snow and ice yourself, the NSSR welcomes all fans of the sport. Speed runs on tracks measuring 1,000 feet are the norm for this organization, which was established in 1986 (the same year that it held its World Record Series). This group’s racers often venture out to Canada, Wyoming, Wisconsin, Minnesota, and other chilly states.

Out on the Ice! 25 Winter Motorsports Groups and Orgs to Check Out was last modified: May 26th, 2017