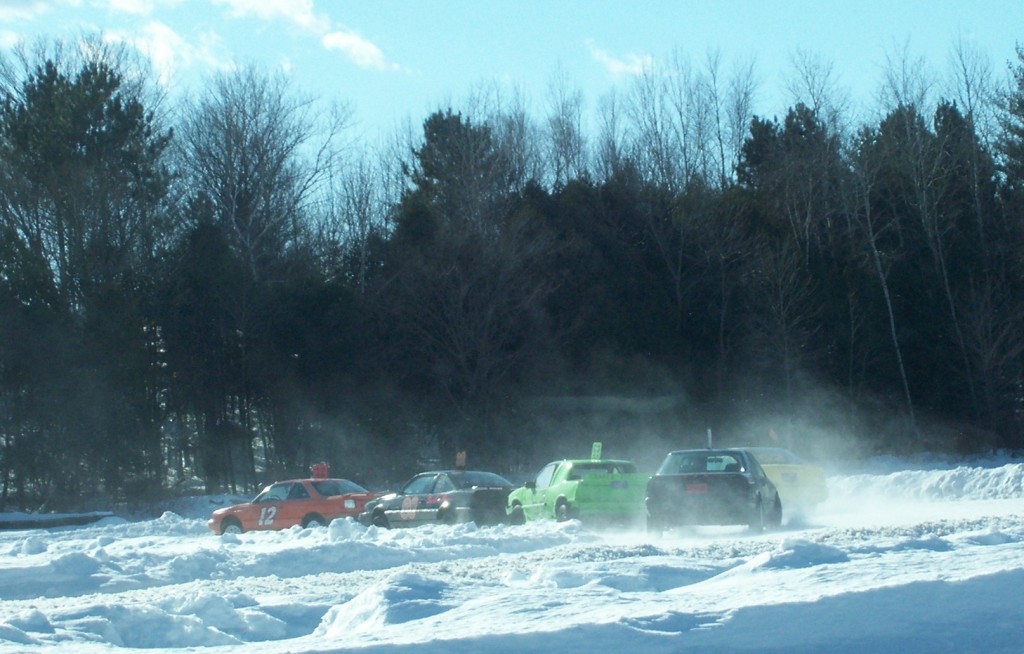 You know the drill.

Ten minutes before you plan to leave for work, you venture outside in the freezing cold and, watching your breath form before you as you do so, get the thing warmed up. Most of us hate getting inside of cold, frozen cars.

A select group of drivers, however, embraces the cold. Many of them can nimbly handle a car or motorcycle in sub-zero temperatures, smoothly drifting over a patch of ice when, for most of us, our muscles would be too frozen to react.

Here are 25 winter races in the US and Canada where you can catch these awesome drivers in action.

The ICE Racing Series is one of your best chances to see ATV and motorbike races on a frozen track, which is just exhilarating stuff if you’re a racing fan.

More events will be added to the calendar soon, so be sure to check the website for details.

The Central Wisconsin Ice Racing Association is all about winter bike and ATV riding. With the mild December 2015 weather, however, some of the events on its schedule had to be altered.

That said, on Sunday, February 7th, the Weyauwega Pro/Am is going forth as planned, as is the Wisconsin State Ice Racing Championship in Dexterville on Sunday the 14th. This event has a 20-year history and is one of the favorites of the CWIRA members. The group finishes February with two more races, one on the 21st at Lake Arbutus in Hatfield and the other on the 28th in Humbird.

“Drivers refuse to put their racecar away when the snow flies,” AMEC says. Its members and volunteers have been busily working since late 2015 to prepare for this year’s Ice Racing Championships. Look for events every Sunday all winter long around the region. Times change to accommodate weather, so check the AMEC website for precise times and locations.

Just because it doesn’t get very cold in Atlanta doesn’t mean that the Atlanta Motor Speedway can’t have some winter fun. On Saturdays from February until April, you can check out the Winter Flurry Races. These exciting icy rides are a delight to watch.

The IIRA has already had to cancel a number of events on its 2016 calendar due to unseasonably balmy weather. While that’s a major bummer, it also means that the group’s racers are just champing at the bit to go. 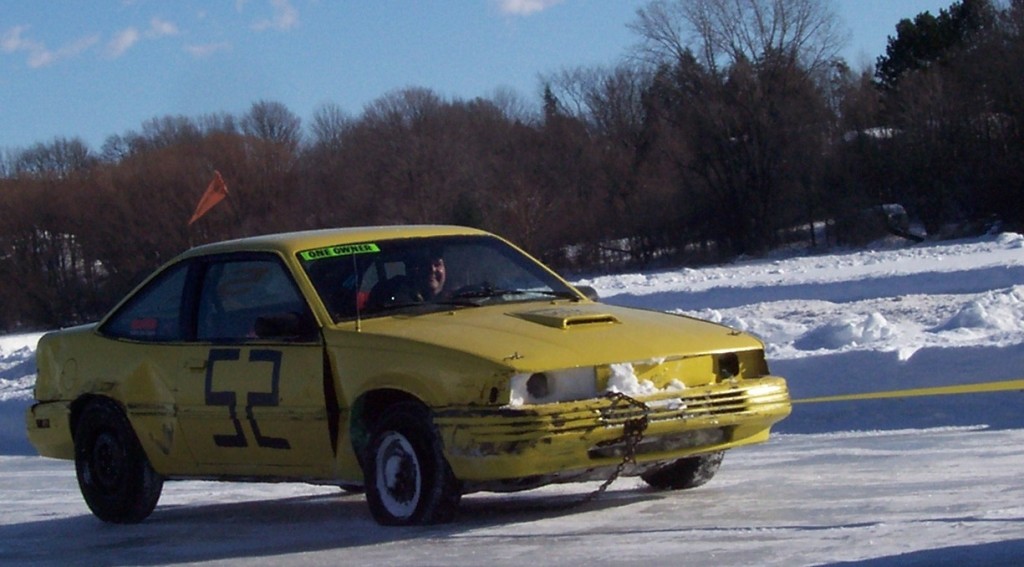 Bring your jacket when you see the Winter Series at the Dirt Track hosted at Kern County Raceway Park. The first two of the four Saturday events already took place on January 16th and the 30th, so don’t miss the last two on February 13th and the 26th. A variety of cars are welcome, including b-mods, hobby stocks, American stocks, mini dwarfs and even modified vehicles.

“With the clay we have brought in and the improvements we have made to the race track, drivers will love the racing surface and the fans will be treated to some great racing during the Winter Series here at the Dirt Track,” race organizer John Piker says.

Few states have drivers as adept at ice racing as Alaska. The Alaska Sports Car Lions Club will host ice races all winter long from January until April. Every race is on a Saturday, so come by on February 13th and the 27th, March 12th and the 26th, and April 2nd to round out the season. All races take place on the Big Lake and start at 11 a.m. They allow caged trucks, caged studded cars, and non-caged non-studded cars to race.

Chill out, even in Arizona, when you attend the Winter Challenge 2016 at Canyon Speedway. The series takes place in late January with practices the night before each event. If you missed the Winter Challenge, the races here don’t stop. There are plenty of other events from February to October nearly every single weekend.

Another option for Arizona residents who can’t get enough of winter racing is the IMCA Winter Nationals at Cocopah Speedway. The first night kicks off on Friday, February 5th, with modified vehicles, stock cars, sportmods and hobby stocks all vying for the top prize.

We already mentioned how AMEC will compete at the Lake George Carnival, but there’s even more to see in February. Each weekend, you can enjoy food and entertainment for kids and adults, but the real moment that everyone’s waiting for is the racing, which is different each weekend.

On the first weekend, from the 6th to the 7th, see unique outhouse racing. During the second weekend, on the 13th and 14th, there’s ATV ice racing. The third weekend, the 20th and 21st, will feature cars blitzing on a sheet of ice. Close out another successful year on the 27th and 28th with 4×4 truck racing. 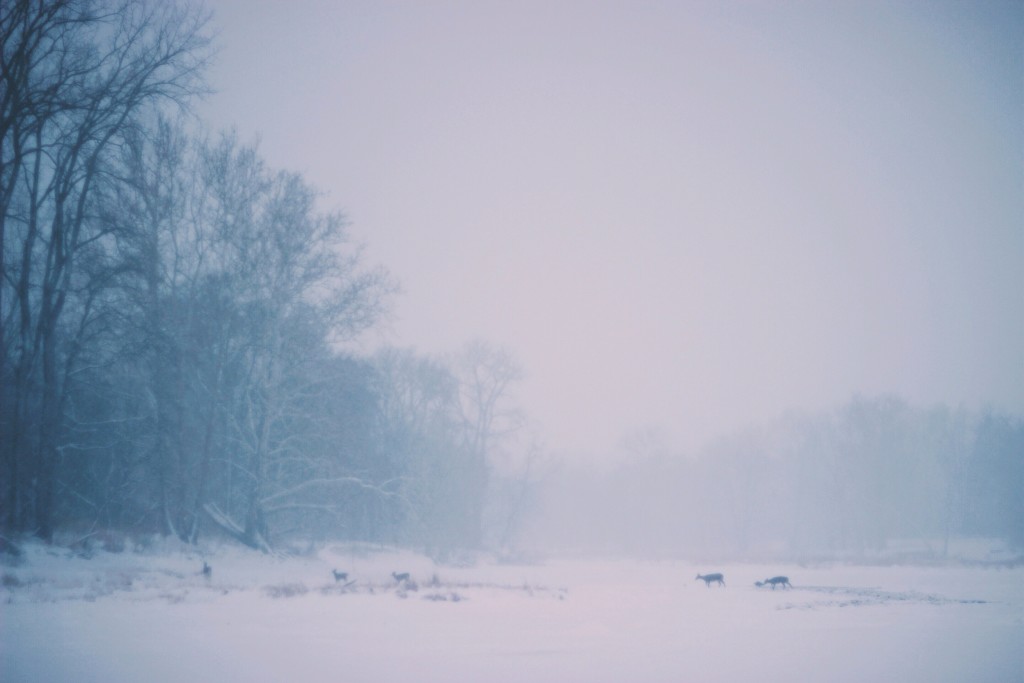 Keep your fingers crossed for the cold weather to continue so MIRA can get its season underway. The group already had to cancel several races in early January because the weather was too warm, but now that it’s cooled off considerably, the February 13th race at Eddy’s Resort in Mille Lacs, Minnesota, and the February 27th race at Barkers Island in Superior should go ahead as scheduled.

Founded in 1965, Our Gang Ice Racing started off with a few drivers who enjoyed wrapping chains around the tires of their 4x4s and racing them in wintry conditions. Nearly 40 years later, not much has changed. The group’s season started in mid-January, but there’s still time to catch the Studs & Cheaters races at Georgetown Lake on Saturdays in February and the Bare Rubber races at Georgetown Lake on Sundays in February.

Michigan residents, keep your schedule open the weekend of February 13th and the 14th, when the talented AMA racers gather on an oval-shaped course at the Waterford track to determine which one wins it all.

Ken Saillant, the AMA track racing manager, spoke excitedly about the event: “Our AMA racers wait all year for this event. White Lake Racing’s partnership with the AMA offers racers a top-notch event to showcase their talents. The facility is located just outside the Detroit metro area, so we’re expecting the race to draw a lot of local fans in addition to racers and their families.”

The Clear Creek County Ice Racing Championships take place in Georgetown, Colorado. March is still frosty enough for winter racing, and on Sunday the 6th you can check out the 2016 Cheater Invitational and then witness street bare rubber cars competing for the bronze, pro street studs battling for the silver and competition studs racing for the gold.

The big race is on for CYNIRA on the weekend of February 7th and the 8th. Racers start bright and early at 7:30 a.m. on Saturday when they converge at the Waneta Inn. Breakfast will be served and registration takes place at that time. The racers and their vehicles will then be unleashed upon Waneta Lake, the Black Rock Speedway and Honeoye Lake. 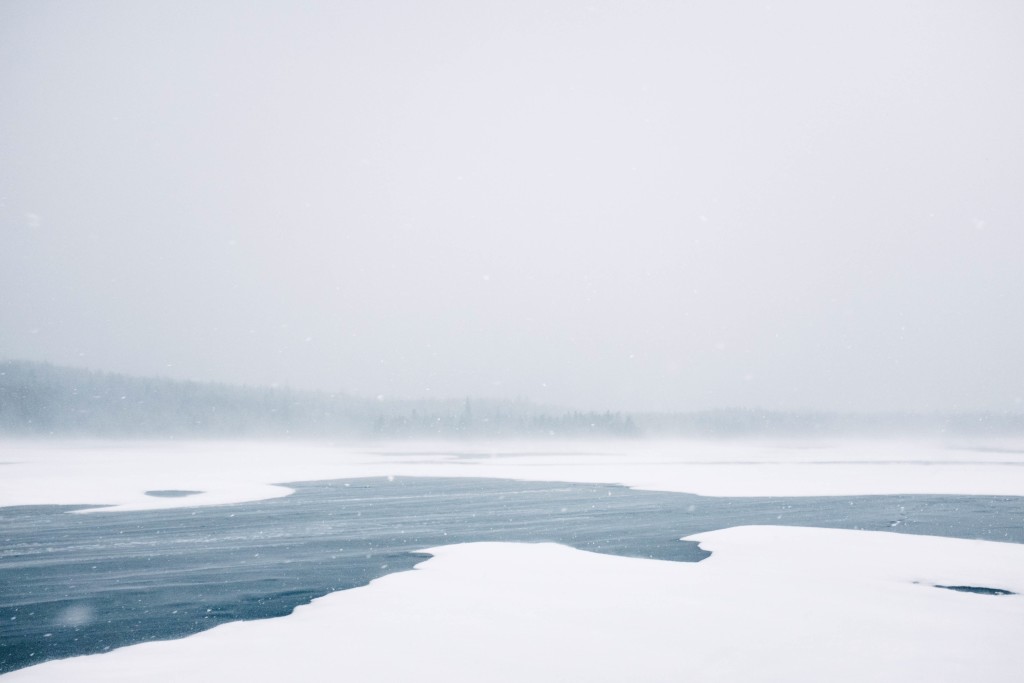 When it comes to ice racing, you can take your pick with the St. Germain Radar Racers. There’s snow dragging on the Twilight snow track where racers cruise along on snowmobiles. Women compete on the same track in the same vehicles in another race. There’s also ice dragging on a track that’s 1,000 feet of slippery snowy fun. Stop February 12th and 13th to check it all out.

The IIRA in Minnesota, noted above, is already racing in association with the Thunder Bay Autosport Club, but this Canadian group also hosts its own events. Given its hometown, the racers are used to bitter cold. The 2016 schedule begins on Saturday, January 23rd, with races every weekend through March 13th. All races are held on the Mission Bay Ice Racing Site.

For more than 50 years, NASCC, another Canadian ice racing group, has fearlessly challenged the ice. From January through the end of March, there’s an event each weekend near a snowy lake. The traction fluctuates, but the course is designed to prevent racers from ever accelerating more than 100 miles per hour. According to the NASCC, drivers prevent about 10 percent of damage to their cars and tires when racing in the snow compared to concrete.

On the Saturday of the festival, including this year, there’s a Family Fun Day with snowball softball, snowshoe races, snow sledding, ice sculptures, fireworks at night and a parade with torchlights and snowmobiles.

Every year since 1985, nonprofit Jaffrey Ice Racing Association has hosted races on Lake Contoocook, Northwood Lake, Whitney Pond and Shallow Hill Pond. Every race takes place on a Sunday from January until March. The winner, determined by points for the duration of the season, does get a trophy. 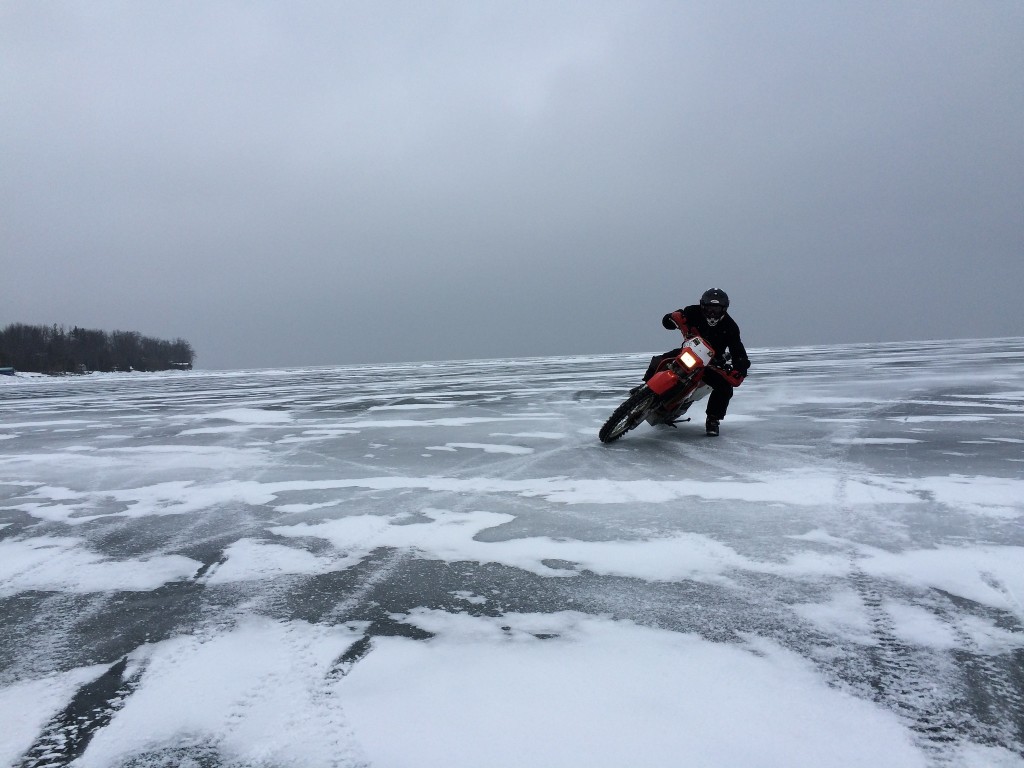 Claiming that it’s got “the fastest 1/8th mile drag auto racing on ice in the world,” Merrill Ice Draggers has some pretty impressive world records: One of its racers clocked a top speed of 141.6 MPH on the ice.

The group was founded in 1965 and hosts races on Saturdays in January and February. Stop by for the Memorial Race on February 6th, a standard race on the 13th, and the championship on the 20th.

If you have some time on February 12th and 13th, do check out the Oconto Falls Sno Jokers’ World Series of Ice Drags, an awesome snowmobile racing event. For the past six years, racers have competed on four lanes of slick snow on a track that’s more than 1,600 feet long. Visitors will love the heated tent where staff sells drinks and food. Once the race wraps up, there’s live music.

For the past 20 years, Pro Vintage Racing and its brand of “vintage snowmobile racing” has captivated Wisconsin audiences. The Ice Oval Racing series will criss-cross Wisconsin on Saturdays in January and February and features more than 30 sled classes. On February 6th, head out to Wausau for a race. The next week, the fun continues in West Salem on the 13th before moving on to Manawa on the 20th. The season wraps up in Francis Creek at the 141 Speedway on the 27th.

In upstate New York, where the snow can really fall, Vintage Snowmobile Racing lets the cold set in before beginning its races in late January. The talented racers here will participate in the 52nd Lancaster Grand Prix on Saturday, February 6th in Lancaster, New Hampshire.

All other events in February are in New York, including: